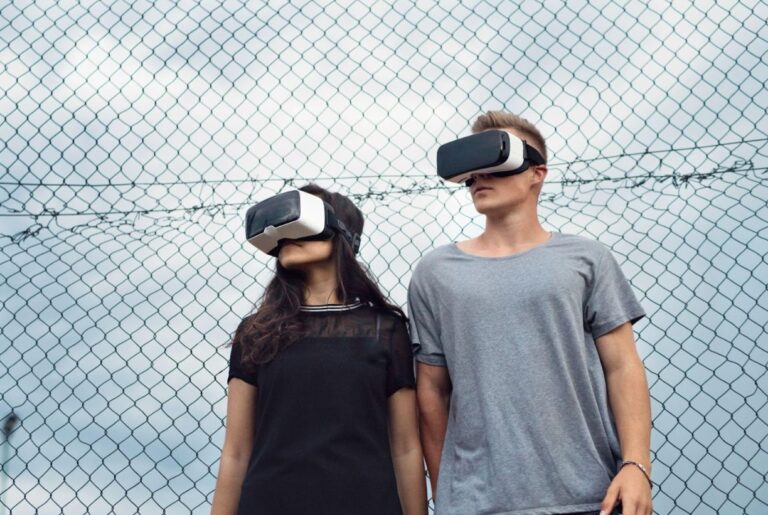 There’s a quote by Douglas Adams that discusses how age affects a person’s relationship with technology. “Anything that is in the world when you’re born is normal and ordinary and is just a natural part of the way the world works. Anything that’s invented between when you’re fifteen and thirty-five is new and exciting and revolutionary, and you can probably get a career in it. Anything invented after you’re thirty-five is against the natural order of things.”

Some Stats About the State of VR in the World Today

Since VR is a relatively new technology, we don’t really have much long-term data on its usage and who it appeals to the most. However, based on preliminary findings, individuals between 18 and 34 use VR the most.

The age range with the highest adoption rate is 25 to 34 years old, with 35 percent of users having tried it at least once. The next highest group is 18 to 24. Once you get past age 35, usage drops to 26 percent. After 45, the number is only 12 percent. Only six percent of individuals over age 55 have used VR.

So, it seems like Adams was onto something. Older generations are not interested in exploring virtual worlds, while younger people embrace them with open arms. But are there other factors at play besides one’s age? The short answer is yes, but let’s break those factors down.

As with any new technology, older generations tend to have a fixed mindset and focus on the negative aspects. With VR, however, some real issues may prevent people on either end of the spectrum from dabbling with a headset. These problems include:

• Lack of Content – Outside of sites like SexLikeReal and DeoVR, virtual content is relatively sparse. Yes, people can log onto the Metaverse and experience virtual environments, but that can get pretty old after a while. With limitless possibilities, users want to do more than dress up as an avatar and meet other people in digital facsimiles of the real world. Right now, there aren’t very many games or movies available in VR, so the tech isn’t very appealing yet.

• Motion Sickness – According to data, women tend to get motion sickness more often than men. However, about a third of all users experience this malady regularly, so it’s not just about gender. Overall, it seems like the human brain isn’t quite ready to process virtual environments. Here is where younger people have the edge since their brains are still developing and can adapt more easily.

• Late Adoption – Now that Facebook is going all-in on the Metaverse, more companies are starting to dabble in VR. However, the number of adopters is still relatively small, so users can’t interact with their favorite brands yet.

Basically, it seems like VR is still so new that most users (especially on the older end of the spectrum) can’t wrap their heads around it. Typically, VR is seen as a way to play games or watch adult videos. However, as more industries adopt it, the public will likely embrace it more.

Interestingly, the healthcare and education fields are at the forefront of the VR revolution. Doctors can now perform surgeries in VR, either as practice or in conjunction with real-life robots. Students may be able to attend classes in virtual reality and explore lesson plans with “hands-on” materials. For example, rather than reading about a historical event, what if classes could see the moment as it happened in a VR environment?

Here are some predictions about how VR will change and how different age demographics will adapt.

• Gaming – Here is where younger generations will thrive. As video games become more immersive, it may start to feel weird to look at a screen instead of a headset. Also, rendering VR environments is a bit easier for games because the engines already know how to adapt to a rotating, high-field-of-view camera.

• Life Simulations – As the video game series “The Sims” proved, many people like living digital lives with customized avatars. VR can take this concept to the next level and allow users to become more immersed in these virtual environments. If you’re familiar with movies like Ready Player One, you already know what we’re talking about. The ability to have more control over your digital life will make VR seem more appealing.

• Industrial Practices – Some industries can benefit greatly from virtual reality. However, other industries have no need for such high-tech devices. We believe that many companies and markets will test VR to see if it offers viable solutions to various problems. Over time, as the prices go down, more industries will embrace virtual reality, making it far more commonplace.

• Healthcare – Telehealth medicine is much more widespread now than ever before. So, patients may be more willing to talk to a doctor in a virtual environment. However, where VR will really shine in this industry is allowing surgeons to conduct procedures remotely while operating robotic hands via a VR headset.

• Mental Health Treatment – While surgeons can use virtual reality to cut people open, what about one’s mental health? VR can work well to replicate different experiences to help individuals overcome fears, setbacks, or trauma. Also, it’s easier for psychiatrists and social workers to work remotely, so we could see a spike in mental health services.

Overall, different age demographics will come and go within each industry. However, because younger generations are already embracing VR, we believe they’ll be far more inclined to use the technology for problem-solving.