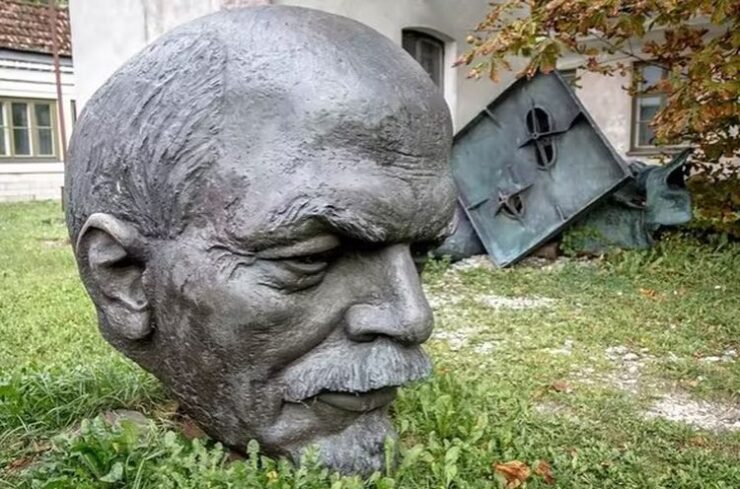 History is an important part of the development of the world. Numerous monuments testify to it, placed everywhere, in specific places, and even where we do not expect them. Much of today’s known history is based on those monumental buildings. Examples include the Pyramids of Egypt, the Statue of Liberty, the Eiffel Tower, smaller sculptures in city centers, tombs, cathedrals, the homes of dignitaries, and other landmarks of authentic history. But sometimes urbanization requires a slightly different approach to solving things. It is also necessary to make conversions of some monuments and buildings, so that they can be used practically, and not just to take up space.

This question can be really painful for the living relatives of those to whom the monuments are dedicated. Sometimes a memorial house is bought by the states, but the living descendants want to get certain rights.

A really sensitive topic, which sometimes some countries or nations may perceive as a personal attack. But all this is preceded by a number of processes, which the common man does not fully understand.

However, this is a process that has been going on for a long time. Monumental landmarks are converted into functional buildings, for example, a house becomes a museum or an educational corner opens. Sometimes a resort or concept park is built around them, which improves the visitor experience and they can learn much more about the history of the place they visited.

If you look at this website, you will see that in the Netherlands, and certainly, in other countries, such an approach to the conversion of monuments is practiced.

There are several options, for example, the owner of a monument to offer it for repurposing, or someone to want to buy such a building or sculpture, or to request an estimate of the value of the monument.

To understand this process, it is necessary to exclude emotions, patriotic feelings, attachment of any kind, and to give preference to practicality. In a way, these tips will help you understand all of this:

1. Residents asking for a monument to be relocated

Nobody does it because they want to. If there is a real reason why a monument should not be in a certain place, then an official request should be given. There can be many reasons, for example, exposure to weather changes that damage it or interfere with the normal life in that location.

2. Assessment of the condition

Municipal experts and historians can come to the site and evaluate the monument. They will conclude, based on the facts, whether there is a need for dislocation or repurpose. Sometimes the claims are unfounded and the monuments remain where they are.

3. Start of the repurposing process

When we are sure that all the necessary things are protected, then the process can begin. For example, if a memorial house is to be turned into an open educational facility, all items inside, such as furniture, paintings, and decorations, should be protected before renovation. Then they are preserved so that the external conditions do not damage them. Furthermore, the structure of the building is improved to be more durable, but at the same time, the authentic appearance is maintained, as much as possible.

Sometimes old monuments can be a risk to the environment. For example, an old memorial house collapses in a weather disaster or a monument falls and injures someone. This is often the reason why such a process is started. Restoration of the monument is not always enough, so repurposing is approached.

5. Start and flow of the process itself

There is a lot of physical work here, which can be really expensive. Sometimes the cost of repurposing is really high, but what remains is the intention to improve the conditions for the monument itself, but also to get better functionality of things.

Protecting the past for a better future

Many privately owned monuments and important buildings have been left on the edge of time and no one cares about them. Municipal services, but also companies that work with historical and cultural heritage know that there are different options for conversion or relocation of these buildings.

Sometimes the solution is to convert such buildings into homes or residential communities, which brings many advantages in living solutions, practicality, and preservation of the authentic appearance.

Many will say that it is the destruction of an ideology or a disrespect for what we have inherited. But think practical and be realistic. Is not it better to do something that, in addition to reminding us of the past, actually proves to us that some ideology has been overcome and that we have moved forward with life?

Such moves are very common in countries that were once under dictatorship or admired erroneous historical figures. Also, private owners of a monumental building decide to give it to the state to deal with it or sell it to someone who would better manage it.

As you can see, there are really many different scenarios, why would anyone ask for repurposing for a significant historical object. There are different ways to do this and it depends on the condition in which the monument is currently.

For some people, this is a difficult and emotional process, while others see it as pure business. No matter what your attitude is, you now know the reasons why this is happening.

As we have already said, every monument has its own meaning, whether it is small or grand. However, if not maintained in a timely and proper manner, damage can occur. Sometimes the solution is its conversion because that way more vitality is introduced in it. Some monuments are for viewing purposes only, but some can be a great place to live or rent for a variety of festivities.

The process of realization is not easy either, but in the end, you get something that testifies to the past, but it can be used by today’s people and by future generations, without spending money on maintaining impractical buildings.