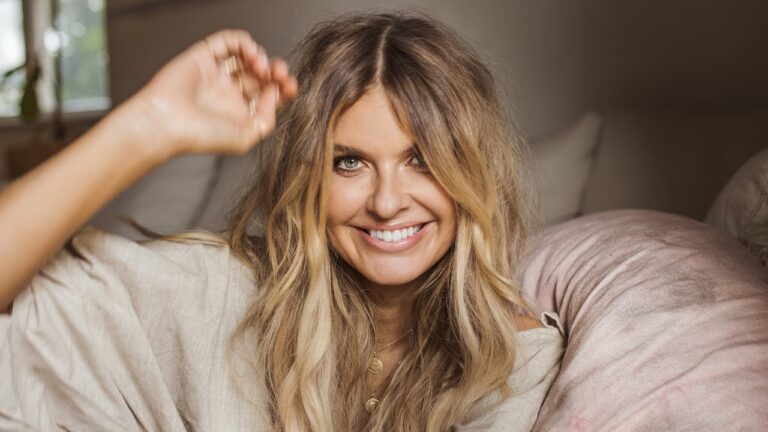 Elle Ferguson has 686,000 followers on Instagram. By the look at her Instagram, you would say that she is high in the clouds, but the truth is, this woman stands firm on the ground with both her feet.

Before you knew what the influencer is, she was one of them. At the beginnings of the influencer era, it was noticeable that the girls all around the world are creating the brand of their own, so in order to create the name for yourself, you had to be in the front of the pack.

When Elle focuses on something, she get it done. So, as it is, in 2018, Elle Effect came to life. It was the Self Tanning Mousse. With the launch of Elle Effect, she revealed a secret. The golden glow was always from a bottle. She always had a tan, although rarely going in the sun. By mixing her own color with three different types of self tan, she found our that it does not smell good and that she cannot find the right mixture. It all begins with the decision to make her own.

As her followers already associated with her, it was logical move to launch her own self-tan. She offers now (within the Elle Effect line), The Wash which is a tan remover, The Tint which is the instant illuminating tan and couple of more accessories.

From the outside looking in, everything seems pretty rosy for this fashion-forward entrepreneur but as always, Instagram is a highlight reel. We caught up with Ferguson to learn more about her journey to date – from high school to her first ‘real’ job at One Teaspoon, launching a global brand and all the challenges that pop up along the way.

Elle Ferguson won the Most Promising Student Award. Immediately, after the speech, a women from One Teaspoon approached her and offered the interview for the National Visual Merchandising Manager at One Teaspoon. The opportunity she waited all her life.

She worked there with the starting salary which was not enough for the living costs so she would commute from the Central Coast. After 18 months with the One Teaspoon, she was offered the position in the General Pants Co.

As she was the Head of Womenswear Visual Merchandising, it was not difficult for her to make the transition from visual merchandising to become one of the most followed influencers. As she was drawing inspirations from overseas, and magazines, she had pictures laid over desk. So, her business partner and her came to an idea to start a blog.

It all started with Instagram actually. It was the advice from her sister to buy an iPhone and get the new app (Instagram). She started posting the photos of the outfits. It started all of a sudden, 1000, 5000, 50000 followers and so on.

After a couple of years she decided to launch the Elle Effect. She saw the broad image where girls who inspired her started making their brands and those people would hire her to expand the brand. When she realized the outcome, the result, she decided to create something on her own as it is clear that people listen to her and value her opinion. It was as she said, “leap of faith”.

It is interesting to know that she initiated the beauty brand even though she worked in fashion. She new enough about the fashion, but she was always a beauty junkie. It was simple, beauty is for everybody and you do not have to worry about the fact whether you will fit in the jeans or not. The knowledge about the beauty was not enough. She was very excited about it. She went to it in the same way she went on Instagram – she was going in blind.

Elle grow up in the Central Coast of Sydney, in Terrigal. She went to school in Sydney. She was the youngest student ever to be accepted from Central Coast to go to the Newton High School of the Performing Arts. There was an audition for the place in the school as well. She was only 12 years old at the time. Elle had to take two trains and bus to get to the school.

She knew at the beginning that she wants to be in the fashion. She was fond of window shopping. First employment was in the Sydney Design Centre. In the mid of the final semester, she was offered the job of interior designer which she turned down as she wanted to be in the fashion. The lecturer who offered this, propose another thing after that. He recommended the Enmore Design Centre college.

When I was halfway through my final semester, one of the lecturers said, ‘Have you ever thought about doing interior design?’ And I was like, no, I’m into fashion. He told me that I’d shown a real flair for the design aspect [of visual merchandising] and suggested that I look into a college called Enmore Design Centre. It was rather difficult period as she had to commute 5 days per week to get to the Enmore. However, it was worth it, she was one of the 10 students graduating.

She worked a lot, storing every penny in the bank on the account envisaged for the samples of the product. She was determinate to fund herself as she wanted to be in charge.

Elle spent some time searching for the chemist for her product but she was not taken serious. As nobody took her seriously, she had to search for the other options. At the time, she was spending a lot of time in LA. After the chat with one of the girls on the shoot, she got the details from the chemist in LA. This was really quick. What she needed to do is to pick the phone, confirm that she has the money and she had the appointment.

The procedure was extremely difficult. It took 18 months to develop the product. Tan was differently produced as it is for different people’s skin. Everybody in her surroundings had to try it.

The biggest challenge was the order for the The Self Tanning Mousse. 20,000 bottles were delivered but with the wrong label. It took her whole summer to rip off 20,000 labels and to stick the correct one.

At the moment, Elle is searching for the new investors, which means new products are being in the phase of preparation. There are some talks with certain people as the business is growing rapidly and she is lucky to have the global audience.