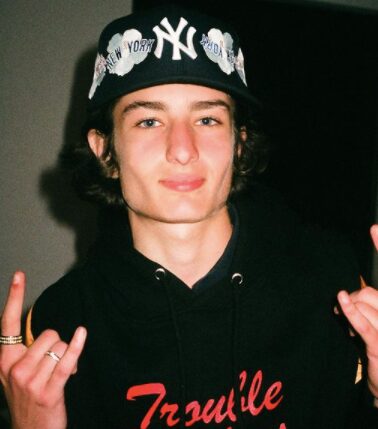 Who is Sunny Suljic?

Sunny Suljic, born on August 10, 2005, is a famous young American actor and skateboarder.

He is well known for his role in the psychological thriller film The Killing of a Sacred Deer.

Also, he has given the voiceover for the main character Atreus in the video game God of War.

For the voiceover, he got nominated for the BAFTA Award For Best Performance in a Video Game in 2018.

Besides that, he is quite famous on social media platforms too. As of 2022, he has over 678K followers on his official Instagram account.

Today, we will be talking about Sunny Suljic’s age, height, career, relationship, net worth, and even more. 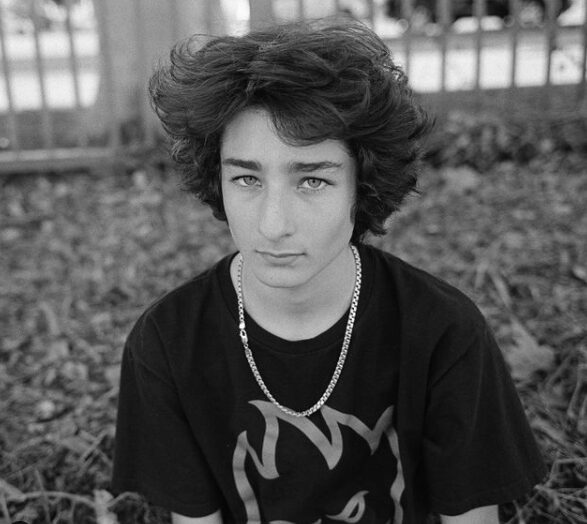 Since his childhood, he was intrigued by acting and started early when he was just seven years old.

Despite working at a very young age, his parents fully supported him to pursue his acting career.

Regarding his education, he is currently attending a local private school in Los Angeles, California.

As already mentioned, he started his acting career at the age of eight years old.

He began giving auditions for different movie projects during his time when he was still a kid.

In 2014, he was seen in the TV series Criminal Minds as Young Joe Bachner.

Eventually, he landed the role of Gabriel in the American psychological thriller 1915 in 2015.

The same year, he got the role of Adrian in the movie The Unspoken.

In 2016, he appeared in another TV series Shady Neighbors playing the role of Oliver.

Then, in 2017, he got his big break after he was cast as Bob Murphy in Yorgos Lanthimos’s psychological thriller film The Killing of a Sacred Deer.

After the movie was a big hit, he was offered various roles and special appearances.

The same year, in 2017, he featured as a cameo appearance of Skateboarder #2 in the comedy-drama film Don’t Worry He Won’t Get Far on Foot.

Also, he played the role of a supporting actor in the fantasy-horror family movie The House with a Clock on its Walls.

Then, in 2022, he played the role of Doug Pierce in the American Christmas comedy film The Christmas Chronicles 2.

As of 2022, he appeared in the film Northern Hollywood for the role of Clark.

Besides that, Sunny has given the voiceover for the famous video game God of War and its sequels.

He did the voiceover of the character Atreus, who is the son of the main protagonist Kratos of the video game.

Many people loved his voice acting and praised him a lot for it.

Also, he got nominated for BAFTA Award for Best Performer in a Video Game.

As of 2022, he is said to do a voiceover of the same character Atreus in the video game God of War Ragnorak in 2022.

Besides his acting career, Sunny is quite popular on social media platforms too.

As it is known people loved his acting and work in the movies, he earned more fans and popularity after giving the voice in the video game God of a War.

Sunny deliberately started gaining more followers on his social media after that.

His Zodiac sign is Leo. He has brown colored hair and blue colored eyes.

As for his nationality, he is an American and white by his ethnicity.

Talking about religion he follows, it is Christianity.

In an interview with The Last Magazine, Suljic revealed that his favorite movies are The Shining, Austin Powers, and Good Will Hunting.

Also, he talked about how he loves the famous American actor Jonah Hill and his works as a film director.

His hobbies include Skateboarding, traveling, swimming, and hanging out with his friends.

So, we can assume he is currently single and not dating anyone.

As he is too young so he must be focusing on building his career right now instead of dating or planning for marriage and babies.

Who are the parents of Sunny Suljic? Sunny Suljic has kept his life a little away from the media’s reach.

Hence, there is no information about his parents, except that his father is of Bosnian descent and his mother is Russian.

His parents were the big reason and support for Sunny to pursue an acting career during his childhood.

We do not have details regarding their names and career path, however, we will keep you updated as we get any information.

Talking about his siblings, Sunny has not revealed anything about too. We can assume he could be the only child of his parents.

Net Worth of Sunny Suljic

What is the net worth of Sunny Suljic? Sunny Suljac has worked on several successful movie projects and hit off as a talented skateboarder too.

He earns most of his income from his acting career, social media ads, paid sponsorships, brand deals, and commercials.

As of 2022, his net worth is estimated to be $2 million approximately.

Now, let’s know some of the lesser-known facts about Sunny Suljic.

What nationality is Sunny Suljic?

Sunny Suljic is an American actor and skateboarder.

How old is Suljic?

Sunny Suljic’s Instagram is @sunnysuljic. He has over 671K followers there currently.

Will Sunny Suljic be in God of War Ragnarok?

Yes, it is confirmed that Sunny Suljic will be returning as his character Atreus in the game.

Check out the video of Sunny Suljic’s interview video on The Tonight Show Starring Jimmy Fallon down below: