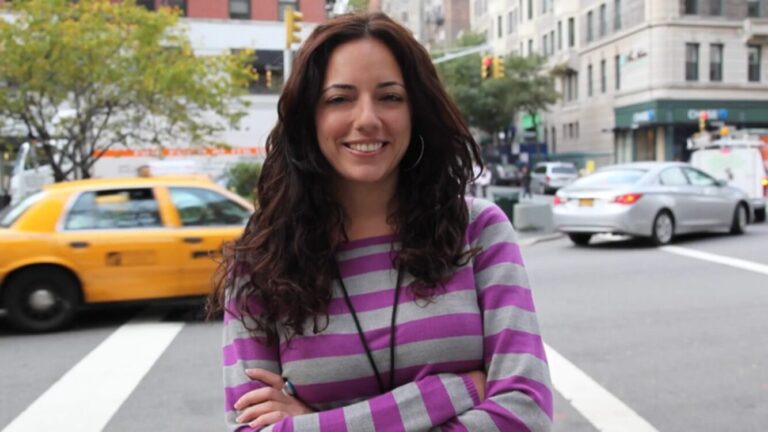 We all love a good talk show. We remember the amazing TV show hosts but how well do we know about their assistants? One such famous person is Talin Sona Movsesian who was the personal assistant of the famous Conan O’Brien! Read on to find out more about her.

Talin Sona Movesesian is of American-Armenian origin and she works as an executive assistant and media personality. She’s worked with Conan O’Brien since 2009 and she’s been featured a lot on the show.

She even reappeared as a guest in 2019 once. She’s participated in podcasts and was the co-host in Conan O’Brien Needs a Friend.

She was born in Montebello, California, and grew up there in Hacienda Heights. She graduated from the University of Southern California in 2005.

She’s married to Tak Boroyan who is a graphic artist. On the episode of Conan O’Brien released on February 15, 2022, she said they were expecting twin boys.

Her Career And Major Milestones

She has a very impressive career. Before working at Conan, she was the Events and Operations Coordinator at NBC. She was so important to the show that she was also featured prominently in the Conan O’Brien Can’t Stop documentary in 2011.

There was a cute episode in 2015, where O’Brien took her to Armenia to reconnect with her heritage.

In 2019, she appeared as a guest when Kumail Nanjiani canceled at the last minute. The show still turned out to be extremely enjoyable.

She even voiced the character of Princess Sugar Salt in an American French cartoon called Power Players. She also said that she started writing a book titled The World’s Worst Assistant which is like a funny guide of sorts.

A Few Things You Didn’t Know About Sona Movsesian

While there are a few sources that mention her net worth as $130,000, as of 2022, her net worth is $1 million. Her annual salary is said to be $100,000 thanks to the popularity of the show. Her co-hosting the podcast also generates enough income for her.

In fact, there was a hilarious story about people wanting Conan to buy a car for her. He bought her a used Honda worth $1000 which by haggling they got down to $500!

She even has merchandise dedicated to her name called Team Sona with t-shirts and mugs with “World’s Worst Assistant” on them.

Brien’s and Sona’s elder brother-bratty younger sister dynamic has been very popular over the ages. This has made the podcast very popular.

She has been a staunch supporter of his when he went through a lot of pressure and bad times. Their relationship is very wholesome and cute.