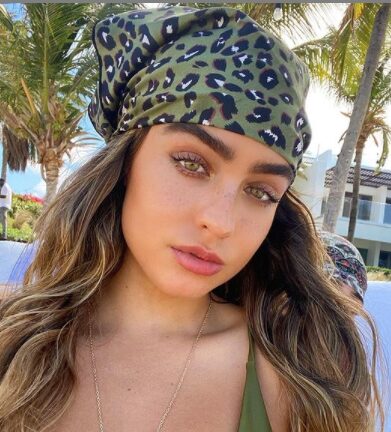 Who is Sommer Ray?

She has been in the bodybuilding business since she was just 16. Ray used to train with her father as he owned a gym.

Also, she started taking part in bikini bodybuilding competitions at the age of 16.

Not only that, but Sommer is also a famous Instagram model. Recently she has amassed over 26.7 million followers on Instagram.

Currently, she has over 1.87 million subscribers with a total of 81 million views on her videos.

Besides that, she appeared in different reality show too such as MTV Wild’N Out.

Today we will be learning about Sommer Ray’s age, height, career, relationship, net worth, and even more. 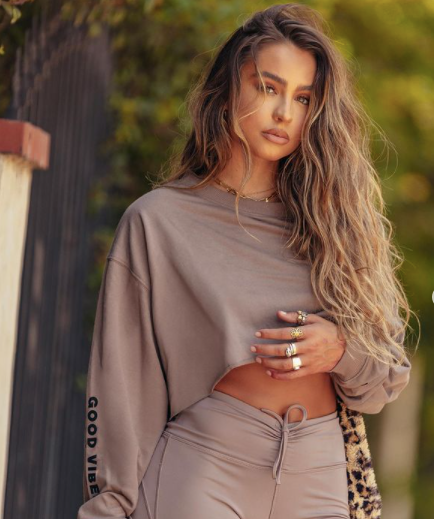 Where was Sommer Ray born? Sommer Ray was born to a middle-class family in Denver, Colorado, the United States.

Regarding her schooling, she went to a local Denver school in Colorado.

Later, she went to Colorado University and graduated from there.

Since her childhood, Ray was more into fitness and training than studies.

As her father was a gym trainer, she used to train with him all the time.

She participated in and won several bikini bodybuilding competitions when she was just 16 years old.

Ray always has been an athletic and fitness freak since her young days.

Her passion has always been modeling, fitness and acting.

Now let’s get into the beginning of Sommer Ray’s Career and her achievements so far. 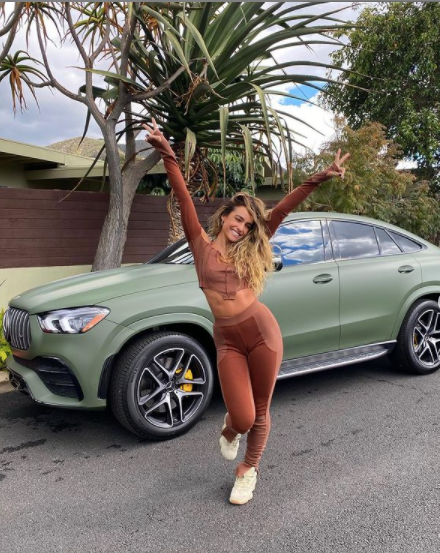 What is Sommer Ray famous for? Sommer is a huge star on the platform of social media.

Many know her as an Instagram Model only, however, there’s more to Sommer’s career.

She’s not only an Instagram model or influencer but also a fitness model and a bonafide athlete.

From her early days, she was interested in modeling and training.

Her first brand deal was Myokore when she was sixteen and she is still working with them.

As she was trained and mentored under her father who is a gym trainer, she followed her father’s footsteps and started training in the gym.

Soon she started clicking pictures and videos of her and posting on social media platforms.

Some of her famous YouTube videos include Life of Sommer Vlog 3, Q&A with Sommer Ray, Touch My Body Challenge w/ Alissa Violet.

She has over 1.87 million subscribers and a total of 81 million views on her videos.

Right now, Sommer is not active on her YouTube Channel and it’s been a year that she has uploaded any video.

On Instagram, she mostly posts photos and videos of her posing for her own brand ShopSommerray collection, and other modeling brands.

And other than that, she shares photos and videos of her daily life, fitness-related and with family and friends too.

Also, she has over 11.3 million followers on TikTok with a total of over 224.2 million likes on her videos.

You can find her videos with her boyfriend, friends, and fitness-related and dancing and lipsyncing videos on TikTok.

Sommer has also appeared in different TV shows such as MTV Wild’N Out. She’s also a member of the famous YouTube group Clout Gang.

Ray is also seen hanging out with Faze Clans and her popularity grew even more after a sports illustrator in 2016 called her “Lovely Lady Of The Day”.

Besides all of it, Sommer has also released her clothing line ShopSommerRay Collection.

Also, she has her own fitness app Evolve Fitness which helps you to count calories and allows you to track them by entering your foods using your voice.

In an interview with Forbes, she revealed that she looks out for body positivity and promotes a natural, healthy lifestyle, and is against plastic surgeries. 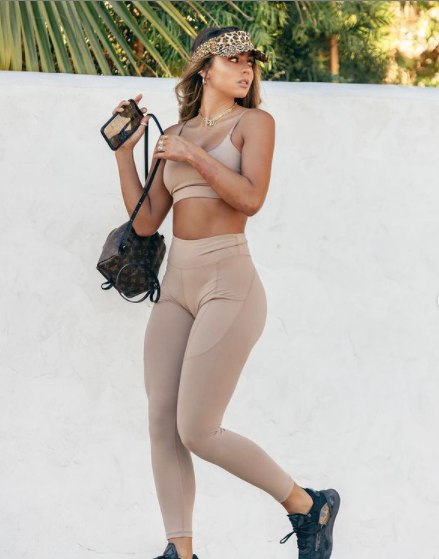 Her birth sign is Virgo. She has green-colored eyes and blonde hair.

Regarding her nationality, she’s an American and follows Christianity. She’s white as for her ethnicity.

Ray’s dream is to be an aspiring model and actress. Her favorite actress is Bella Thorne.

Sommer loves the natural beauty and had worked her ass off for her beautiful fit body she says.

She really loves animals and has them as her pets such as snakes, dogs, cats, tarantula, frogs, beta fish.

However, her favorite animal is Cheetah which she can’t have as a pet.

Sommer really loves working out and training, besides that she loves swimming and traveling.

Two were rumored to be dating in July of 2022 after their cozy photos were seen together on Instagram.

They haven’t said anything about it however, Sommer can be seen with Cole on her several TikTok videos posing as a couple.

Before linking up with Cole, Sommer used to date a famous music artist Machine Gun Kelly and a TikTok star Tayler Holder.

Both of those relationships ended on a bad note after Sommer allegedly claimed that both Machine Gun Kelly and Tayler cheated on her.

Similarly, before Kelly and Tayler, she had past relationships with former Young and Restless actor Max Ehrich.

Also, she was in relation with American rapper Justina Valentine when she appeared in MTV’s Wild’N Out.

Sommer was also rumored to be dating her Clout Gang member Ricegumm but many fans believe they were just hooking up for the clout.

Right now, they are still friends with each other after getting into a controversy of faking their relationship.

She was also rumored to be dating Bennett Sipes in 2018.

Who are Sommer Ray’s parents? It is well known that Sommer’s father was a gym trainer and bodybuilder but except that there’s no information about him.

Her mother’s name is Shannon who was also a bodybuilder.

Ray grew up with her brother Branson Ray and two sisters Savanna and Skylyn Ray.

What are the controversies Sommer ray got in?

Sommer Ray got under fire after rumors break out that she and her fellow member of Clout Gang Bryan Lee who’s a Vietnamese YouTube star famously known as RiceGumm were called out for faking their relationship.

Many fans were skeptical about their relationship from the start and after they found out about it.

All got upset with them. However, the two have not said anything about it and are still friends after the controversy broke out.

Another scandal Sommer got in was about her not paying her video editor and firing her without any reason.

Her former video editor made a video about it and Sommer got in lots of trouble due to the video.

She did apologize to the editor and paid her accordingly.

In August 2019, a famous YouTuber KENNY KO made a video about her titled Sommer Ray Just Ended Her Career in One Photo.

In the video, he talked about Sommer photoshopping her photo and allegedly altering her body parts.

Sommer is a fitness role model and has always talked about loving natural beauty and hating plastic surgeries.

Hence, this caused a scandal as she deliberately edited her photo for which fans started being skeptical about her.

What is the net worth of Sommer Ray? Sommer Ray is a famous fitness model, Instagram influencer, and athlete.

She earns a majority of her income from her modeling gigs, YouTube ads and sponsorships, and brand endorsements on Instagram.

Also, she has her own clothing line named ShopSommerRay.

As of 2022, her net worth is estimated to be $8 million approximately.

Are MGK and Sommer Ray together?

The couple broke up last year and deliberately started dating others after that. MGK is currently in a relationship with famous actress Megan Fox and Sommer with Cole Bennet.

Why is Sommer Ray so famous?

Sommer is a famous American fitness model and Instagram star. Her net worth as of 2022 is estimated to be $8 million approximately. She has a huge fan following on social media platforms.

Check out the latest video of Sommer Ray from her channel down below: