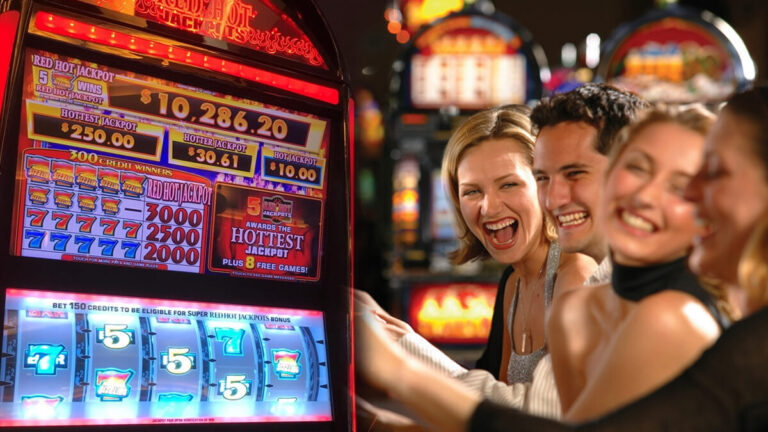 Different strategies, gaming approaches, attempt to win at any cost but also attempts to outwit the game have existed since there were casinos. For some of the games, there are ways to improve the way you play, so you can apply your strategy smarter. But what happens when you play slots?

According to many, this game is the most attractive and because of that, it has a huge number of players. Slots are attractive because of many things:

– They are easy to understand

– Offer a variety of profit options

– They can have an attractive design

– The jackpot is progressive

– The potential for profit is huge

– At the same time, the potential for loss is just as great

– The most played a game in almost all casinos

However, the question that plagues many generations of loyal players is whether there is a chance to predict the outcome? Can you recognize when the moment for the jackpot is approaching? Can a machine signal that it is ready for big wins? All these questions are often asked, but no one has been able to give the most accurate answer so far. There are only assumptions and mathematical calculations that do not always work in our favor.

But from the very beginning, we will answer whether the profit can be predicted – of course, it is impossible, due to many factors that you need to consider when playing.

First of all, slot machines are based on RNG, and at the same time, there are so many possible winning and losing combinations that it would take you more time to put together a winning strategy than you would actually play.

Some interesting facts about slots payouts

There are several interesting things in the history of this game, according to which some players predict whether the next spin would be a win.

For example, they think that the symbols above and below the current payline somehow say what is next. Others play the maximum bet to increase their chances.

The payout can also be a sign that the jackpot will be won soon, but you can not predict which machine will be where that will happen.

Over the years, according to some unwritten rules and assumptions, the chances for bigger payouts are higher at night. Many even think that the ideal time is Friday night to Saturday night to increase the chances of winning.

But none of these assumptions can be a rule, because there really are no rules in slots – except for the lines that indicate any winnings.

These things that are listed are valid for real machines, but also for online slots that are available on services like Spy-Casino and similar sites to them. In fact, it is much better to focus on choosing the right online casino, rather than looking for winning strategies that certainly have little chance of really working.

Make gambling an interesting activity for your spare time

The biggest mistake people make is to expect that with big bets and constant playing, they can get rich. But many times it has been shown that even if one day we get a big profit, in fact, it is sometimes not enough to compensate for the total amount of money we have invested in the games.

Instead of trying to figure out how to predict the outcome of a slot, we would recommend that you set up a strategy based on your behavior and the way you perceive the games.

It is much better when you have a vision of what you want to achieve, but also when you have control over your expenses. Bankroll management is a much better skill than a trick to speed up a winning outcome. You are the one who plans what you will do, but in our opinion, it is wiser for slots to be an interesting pastime for you, with a limited spending budget, instead of trying to win and lose a lot of money.

How often does the main gain occur?

Every machine and organizer has this parameter specified in the rules of the game, but in general, it can be said that a big win happens once every 10,000 spins. Of course, it is proportional to the money invested and your bet.

You can find more useful information on https://onlineslotsx.com/ca/real-money-casinos-canada/.

The mathematical distribution of favorable events is not ideal, which means that in those 10,000 spins 10 gains can occur, and in the next 20,000 none. That’s why predicting the outcome is impossible, no matter what the ads claim.

In the past, when gambling had no rules, it happened that a player would bribe an employee who would find the hot machine for that day. The hot machine is the one that has the best chances for the jackpot, according to previous estimates. But let’s repeat – this is unpredictable and if someone offers you something like this, it’s best to turn it down, instead of falling for stories like jackpot fever.

Although it can happen from 10 machines, with only two big winnings happening, this is not a rule, but a mathematical distribution, which is programmed in such a way that the event cannot be estimated.

If you rely on these myths, your gaming budget will disappear in the blink of an eye, and no one wants that to happen.

If someone claims to have a strategy that predicts when the machine will give the jackpot, we recommend that you do not believe such statements. The best strategy is self-control and fair gambling because that way you protect yourself and your money.

Of course, you decide how much you will gamble on slot machines, but it is good to know that there is no way to say if they are hot or cold or if there is a chance to get more money. Be wise and smart, do not let them convince you of impossible things. And of course, have fun and do not spend too much money on gambling, so as not to get into deep problems from which the way out is really difficult.