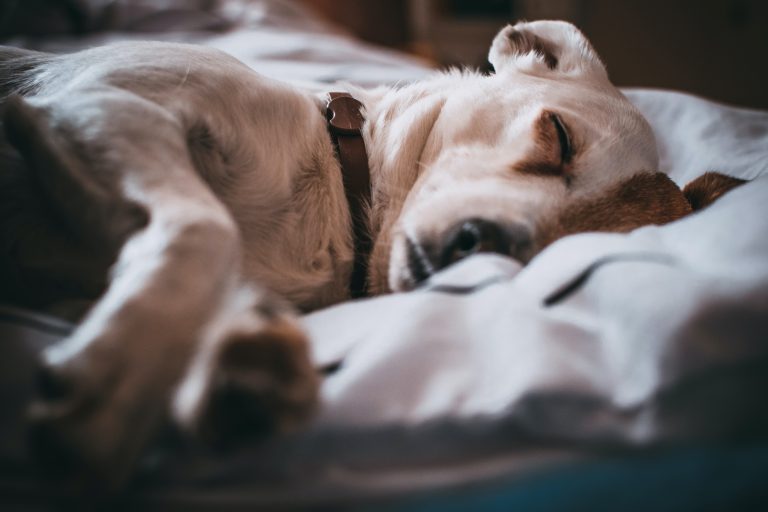 One thing that no one wants to experience has a sick dog. But the thing is, no matter what you do, dogs can get sick, even if they are healthy and have the right protection. So, the best thing you can do is ensure they are prepared to battle any illness and provide the appropriate treatment as soon as possible.

And if you want to ensure that your dog gets treatment at the right time, you need to detect when they are sick. The thing about sick dogs is that there are so many sicknesses that have their own symptoms. However, there are some common symptoms of a sick dog that are easy to detect and are clear signs that your dog is due for a vet visit.

In this article, we’ll discuss some of the most common signs that a dog is sick. That way, the second you notice the symptoms, you can call the vet and set an appointment to ensure that your dog is as safe as possible.

Common Signs That a Dog Is Sick

It can be hard to figure out that your dog is sick. These animals can’t communicate like humans, so you’re never going to hear a dog say that they are feeling under the weather. So, you need to pay close attention to your dog if you want to know whether or not they are sick.

Here are some of the signs of a sick dog that indicate that it might be time for a visit to the vet:

One of the clearest signs that something is wrong with your dog is vomiting and diarrhea. There are many reasons a dog vomits, and sometimes it could just be because they ran around a bit too much after eating. However, if your dog has diarrhea, it could indicate that there is something wrong and they require medical attention.

If your dog vomits white foam and then seems perfectly fine right after, according to Spot & Tango, there’s a high chance that they are fine. But if the vomiting is accompanied by diarrhea and some of the other symptoms we’ll discuss in this list, then it could indicate something a bit worse.

As a dog owner, paying attention to your dog’s urination is important. This is because the frequency of your dog’s urination can be a clear sign of how they are feeling and whether or not they are sick. If you notice your dog is urinating a lot or isn’t urinating, this could indicate a problem within their body.

In the worst-case scenarios, it could indicate something wrong with their kidneys, which is a very serious condition. Taking care of a dog can be hard.

So, if you pay close attention to the small details like this, then it will be much easier for you to figure out how your dog is feeling at any given time. Check PetMD guide to know if you can spot a UTI on your dog.

Along with a change in the frequency of urination, if you notice that your dog isn’t drinking and eating like normal anymore, they could be sick. If your dog has a decreased appetite, it could be because they feel sick or there’s something wrong with their body that needs veterinary attention.

The same goes for how much your dog drinks water. If you notice your dog drinking a lot of water or not drinking enough, it could also indicate that they are uncomfortable and sick. Again, these are very small details, but they can make major differences if you pay attention.

If you’re trying to get your dog to gain or lose weight through exercise or a change in diet, that’s great, especially if your dog’s weight isn’t healthy. But if you haven’t changed your dog’s routine or food, then a change in weight is very concerning.

If a dog is sick, it could gain or lose weight despite having the same daily routine. If you notice sudden and unexpected weight changes in your dog, they might be sick and require veterinary attention.

Another indication of a sick dog is a shift in personality. For example, if you have a dog that’s hyper all the time that’s suddenly feeling down and not as active, it could be because they are sick. Since dogs can’t communicate verbally, there are a lot of things you can notice if you pay attention to their non-verbal communication. And if you do, you can learn a lot about how your dog is feeling at any given moment.

Just like humans, dogs can get a cough. So, if you notice that your dog is coughing and sneezing a lot, this could be because it caught a virus and have some sort of sickness. Even if your dog is doing the “reverse sneeze,” which is like a cough, it could indicate that they are sick.

With that said, there are some dogs that also cough because they have something in their throat, so make sure to pay close attention to them.

A dog can be sick if itching and scratching a lot. While it could also be because of fleas, there are many dogs that exhibit itching as a symptom of their sickness. If you notice your dog scratching excessively, even if they don’t have fleas, they could be sick.

What to Do If Your Dog Is Sick?

If your dog only exhibits one of the symptoms above, it may not be sick. So, if you notice one of the signs above, keep an eye on your dog. If they exhibit other symptoms or if the symptoms get worse, they could be sick. And if you have a sick dog, the best thing you can do is bring them to a vet that understands your dog and will be able to give the right diagnosis and treatment recommendations.

As a dog owner, you’re responsible for your pet’s health. So, make sure to pay close attention to your dog to catch if they are sick so they can get immediate medical attention.