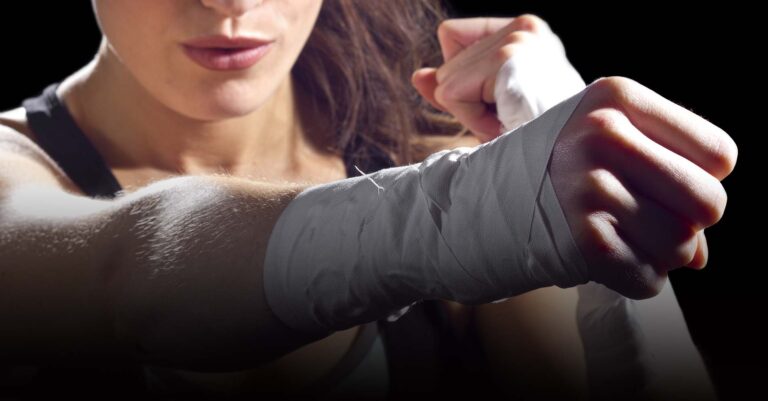 The times we live in sometimes require us to be prepared for situations in which we need to defend ourselves. Unfortunately, violence and assault still exist in this world and self-defense can be one of the best things we can do for ourselves. But is it enough to know only the basic things, or should we devote ourselves as much as possible to self-defense? Do we have to train hard for years to make sure we don’t get hurt?

Although anyone can be a victim of violence, statistics show that it all happens more often to women. In many parts of the world, women are the weaker sex, and men feel like they own them. Of course, awareness is at a very high level during this period, but there are still environments in which women cannot defend themselves against violence.

That is why self-defense training is conducted in many ways. Also, anyone can independently enroll in a course or training and learn basic and advanced defense techniques.

Since there have been different techniques throughout the past, it cannot be determined with certainty exactly when formal self-defense classes for women began. As the political and social struggle for women’s right to vote and political participation developed, what is considered a documented development of the concept of self-defense for women also moves in parallel.

Throughout the political and social struggles for emancipation, women were not spared from physical attacks. When the violent attacks were not orchestrated by the state apparatus and the police as its executor, then they were by citizens who did not support their struggle.

How important is it to know how to defend yourself?

Many think that if they stay away from dark alleys and bad company, nothing terrible will happen to them. Incorrect! Crime can happen anywhere, at any time. Bullies usually choose their victims based on their external appearance, and they are often girls who look weak, timid, and unprepared.

Street crime is common, and in most cases, the victims are girls and women. It is very important that the attacker usually does not expect the victims to defend themselves and therefore must be surprised. The key is to stay alert and composed, to look like you’re ready for anything, just to defend yourself.

It often happens that a girl is the target of a planned attack. Unfortunately, we cannot predict that, but we can try to prepare. The world around us is cruel, so we must be cruel too. The situation is what it is and sometimes we cannot wait for someone else to take care of our safety.

Women who bravely stepped outside the norms, following more advanced self-defense training, rejected the idea that women are inherently vulnerable and require male protection. Because of that, they were marginalized by mainstream society as non-conforming physical freaks, masculinized deviants, or deceived by the so-called unrealistic feminist ideas.

But today we can thank them because we now have the freedom of being different than the so-called beauty and gender norms. Their actions, whether consciously or not, paved the way for future generations of female athletes.

And because of that, being able to self-defend is pretty normal today, for every woman in the world.

Can we finally overcome the stereotypes?

It seems like we are on a good path to do that. Many girls and women are looking for the best self defense for women courses, or even bring your self-defense kit by Defense Divas® with you, just in case.

Sadly, the society flows are different. Even though it’s 2022, we still face some gender discrimination issues. It seems like things were much different 10-15 years ago. Girls were finally able to make choices themselves, and we all thought things will only get better from that moment on.

But, we can see the opposite thing happen. The current situation is all about judging women for their choices, and voting for dangerous laws that put them in an unpleasant societal situation. Also, many women face gender discrimination at work, with their salary being lower than male coworkers in the very same position.

Also, employers often treat to fire them if they get pregnant, or even sexually attack them. And girls and women shouldn’t be afraid to attack back, even though it means they will be fired.

Still, we hope that 2023 will make the situation better, highlighting equality between genders.

Also, we’ve heard a lot of positive stories about fair employers who treat female employees equally. Hopefully, many will follow the same example, without letting women around them feel unsafe no matter the reason.

It’s unfortunate we have to conclude that most females take self-defense classes because they don’t feel safe in their surroundings. They are often afraid someone will attack them, and they won’t be able to defend themselves. Also, many laws are made to put the victims in an unpleasant situation, so social protection is quite poor and sad.

That’s why many women are more ready to hurt someone badly, and take the responsibility for their actions, instead of letting those people hurt them.

This leads us to the fact that many women aren’t protected by social laws. Many treat them as vulnerable but also think they can own their time and body. And we know that no human being belongs to anyone. But, does everyone know that? Are they aware they can’t just attack a woman and get away with it?

Sadly, it’s still one of the most complex topics in the world, becoming a huge problem, even though we live in the 21st century.

Everyone has a right to defend themselves when attacked. Women aren’t an exception to that. So, if you are a woman and you don’t feel safe, you have a complete right to take self-defense classes, if you think you can protect yourself.

We don’t even need to say it’s good for your overall health, including your mental condition. So, if you feel like you need these classes, go for them. You can only get better and feel more confident when facing challenging situations.