Who is Saucy Santana?

Justin Harris, famous by the name Saucy Santana, is a popular American rapper, and songwriter.

He rose to prominence after making his first single in a camera and his closet.

Also, he has appeared in several famous TV shows such as Love and HipHop: Miami.

Besides rapping, he has a massive fan following on social media platforms too.

Talking about his YouTube channel, there are over 206K subscribers with a total of over 48 million views on his videos.

Today, we are going to know about Saucy Santana’s life details such as his age, height, career, relationship, net worth, and even more. 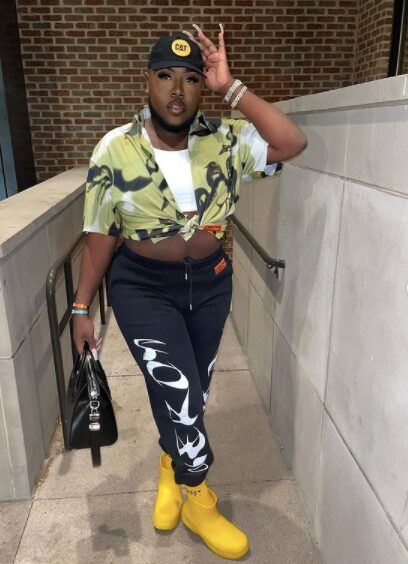 He was raised by his mother Teresa and there’s no information about his father.

Regarding his academics, there are no records available for now.

Since his childhood, Santana was into hip-hop and rapping.

Saucy has been opened about his sexual orientation as a gay. Not only that, he has revealed that he was bullied in his early days for being gay.

Besides that, he has not said much about his early life to the media.

As we have no relevant details about Saucy Santana’s childhood or life before fame, we will update it as soon as we get any information.

Now, let’s know the beginning of Saucy Santana’s career and his achievements so far. 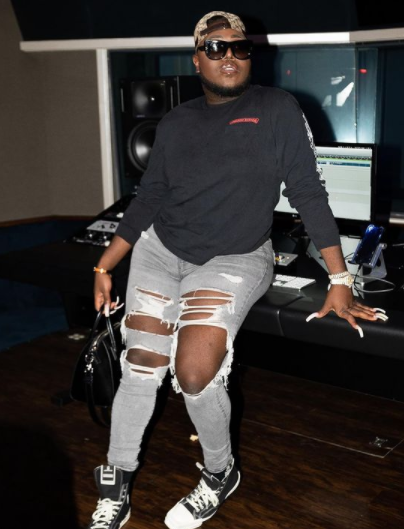 How did Saucy Santana get famous?

Before getting into the music industry, Saucy Santana used to work as a makeup artist for City Girls.

Being interested in rap and hip-hop since his childhood motivated him to film a song in a plane’s closet.

The song is named Walk Em Like A Dog, and it was released on the app SoundCloud in 2019.

In no time, his song became one of the most played songs on the app.

Soon, he released the music video for his first single Walk Em Like A Dog and it got viral with over 8.4 million views to date.

Then, in January 2022, he released his first-ever mixtape Imma Celebrity.

In that album, he has a track titled You Can’t Kill Me which is the response to the incident in December 2019 when he was shot in Miami.

After that, in July 2022, he released his first album Pretty Little Gangsta.

The album featured a single Up & Down with guest rapper Latto.

Saucy’s single Walk from the second album It’s a Vibe released in December 2022 went viral and earned a million views within weeks of release.

It happened after people started the challenge video #WalkChallenge on TikTok.

As of 2022, he released his third album Outside in September and released the single Here We go from it.

The song currently has over 984K views on its music video.

Besides rap career, Santana is famous on social media platforms too. On his new official Instagram account, he has over 246K followers.

Saucy is also popular on TikTok with over 1.4 million followers and a total of 13.2 million likes on his videos.

As for his YouTube channel, he has over 206K subscribers and a total of over 48 million views on his videos.

Santana has made appearances in several famous TV shows such as Love and HipHop: Miami. 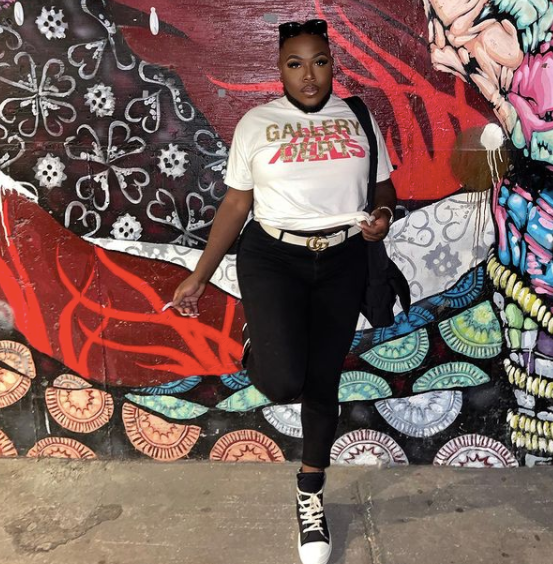 In an interview with Billboard, he revealed that he wants to be an aspiring example for the LGBTQ community.

Talking about his physical appearance, he has a wide bigger body. There’s no information regarding Santana’s height and weight.

As he has not revealed it in any sources, we could not find any relevant data.

We will update you about it as we get to know about it.

As for Santana’s zodiac sign, he’s a Libra. He is an American by his nationality and black as for his ethnicity.

Santana has also not revealed the religion he follows.

He has always been dressing as a girl and wearing all makeup and accessories.

Going through his Instagram profile, we can assume that Santana is a big fan of Chanel’s bags.

When was Saucy Santana shot? Saucy Santana was shot in Miami after he was partying with his friends in a strip club in December 2019.

Fortunately, Santana was injured only as the bullet hit his hand. He believes that he was shot by a homophobic person for being openly gay.

He also stated that he won’t stop supporting the LGBTQ community even after that incident happened.

In past years, Santana did date and used to post photos with his boyfriend, but didn’t reveal his name or profession or anything.

In interviews, he revealed that he dissed his exes through his songs.

As for the present, we don’t have any details about Santana dating, being engaged, having children, or anything related to the relationship. 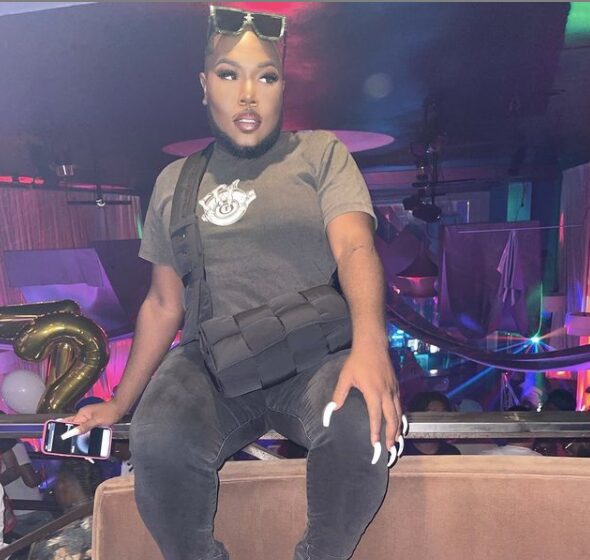 Except for his mother, no one has made an appearance on Saucy Santana’s social media.

There is no information about his father and siblings too. We can assume that he could be the only child of his parents.

Rolling Ray is a musical artist who has some disability issues and he has to spend most of his time in a wheelchair.

After releasing his hit song Walk, many fans pointed out that the song has lyrics that directly diss Ray’s disability.

Rolling Ray also allegedly blamed Santana for making fun of him and clapped back at his plastic surgeries.

He said that liposuction has made Santana more irrelevant and dumb.

Not only that, Santana has deliberately made fun of Rolling Ray several times on his Instagram live.

Then in December 2022, Santana tried to defend his friend JT from City Girls as she was under fire for her tweet she posted in 2018.

In that particular tweet, JT is making fun of white girls which angered many fans and they called her out for that.

However, in his tweet, Santana talked about how he and City Girls used to do dumb stuff when they used to be normal people, before all the fame.

Soon, fans started making fun of Santana instead, they tweeted that he is not even famous enough to say that.

After that, Santana has not said anything about that matter.

He seems to own lots of fortune such as luxurious cars, expensive houses, accessories, clothes, etc.

Now, let’s know some of the unknown facts about Saucy Santana.

What is Saucy Santana’s real name?

Why did Santana write Walk?

After releasing his hit song Walk, Santana was accused of writing it to make fun of his fellow artist Rolling Ray who has disability issues.

How old is Saucy Santana?

Check out the music video of Saucy Santana’s recent song Here We Go down below: