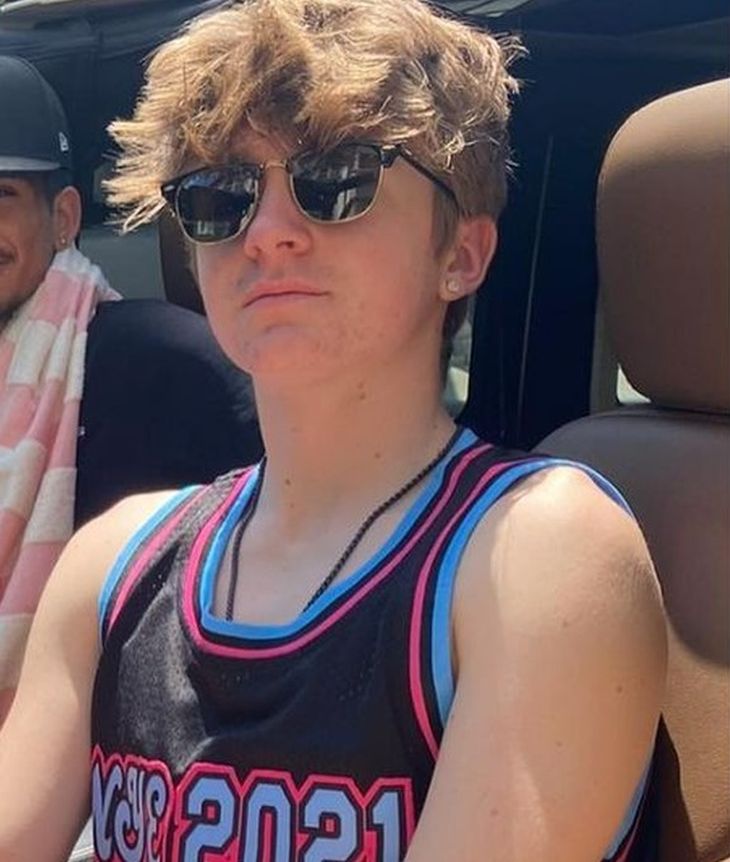 Who is Ryder Fieri?

Ryder Fieri, born on December 31, 2005, is an American celebrity kid and the youngest son of renowned chef Guy Fieri.

Ryder got famous appearing in different shows alongside his father Guy.

Guy Fieri is a world-famous chef who has won an Emmy award for a TV presenter category.

Alongside his other family members, Ryder was cast in the shows and he helped his dad prepare meals and taste them as well.

People eventually loved Ryder on the shows and he got a massive fan following after that.

Today, we will be getting to know about Ryder’s age, height, family, career, and even more. 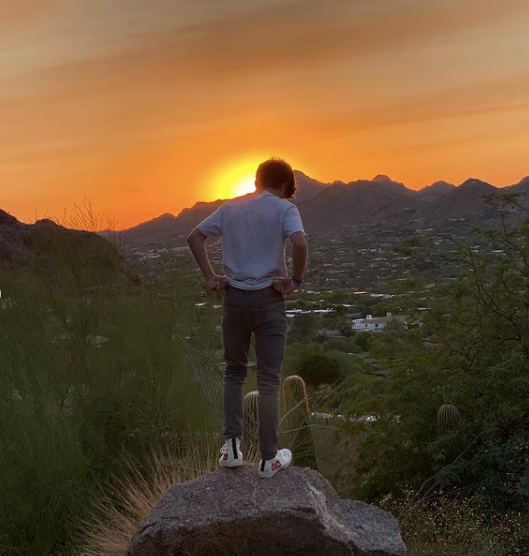 He appeared first time on his father Guy’s shows around the time of 2016.

Currently, he is 15 years old and studying at Sequoia Elementary School. 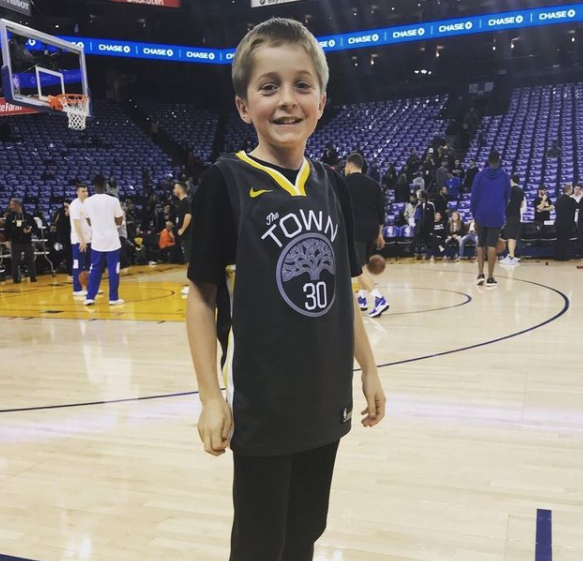 What is Ryder Fieri famous for? Ryder Fieri is the youngest son of celebrity chef Guy Fieri.

Ryder rose to fame after appearing alongside his family members on his father Guy’s various shows.

He and his dad Guy were seen enjoying preparing meals and tasting them.

In 2006, Fieri won the food network star season 2 and rose to prominence.

After then, he started appearing in different such as Drive-Ins, Diners, Dives, Paula’s Party, Ace of Cakes, and even more.

Guy has also made an appearance in the American political action comedy film The Interview.

Recently, he won an Emmy Award as a TV presenter too.

Moving to Ryer now, he has appeared on his dad’s shows such as Guy’s Grocery Games, Guy’s Big Bite, and Guy Fieri’s Family Reunion.

On an episode of Guy’s Big Bite, both father and son prepared a Turkey Chilli which Guy named after Ryder as Ryder Turkey Chilli.

Fans started loving the father-son duo and Ryder eventually started getting love and support from them.

However, Ryder has not made many appearances on his dad’s shows’ recent episodes.

As he’s quite young, Guy must want him to focus more on studies and other things than the media’s limelight.

Recently, in 2019, Ryder made an Instagram account where you can find him posting pictures and videos of him and the ones with friends and family.

There’s no information about the career path Ryder is willing to pursue. We can assume he’s currently focusing on his studies right now. 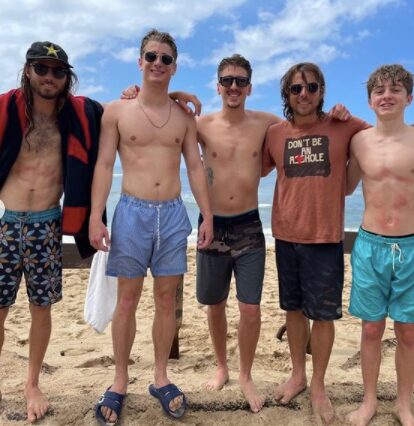 Like his father, Ryder also loves cooking and food.

Along with cooking, his hobbies include traveling, playing baseball, listening to music, and others. 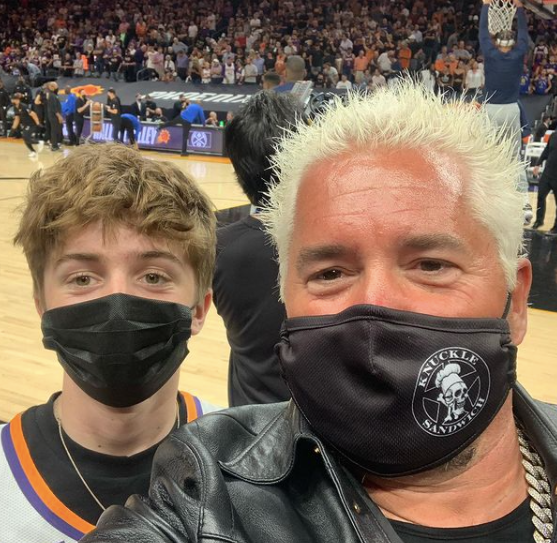 There’s no information about his past relationships and linkups too.

As he’s very young, we can assume that he is currently focusing on building his career and more on his studies.

Therefore, as of 2023, he is probably not dating anyone, and not engaged and no babies news are there about him. 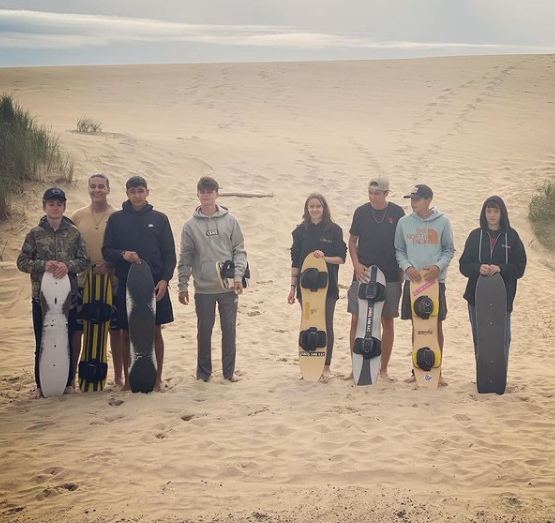 Who are Ryder Fieri’s parents? Ryder Fieri was born to his parents Guy Fieri and Lori Fieri.

And Ryder’s mother’s name is Lori Fieri. She has also appeared on Guy’s shows.

However, there’s nothing much revealed like her profession other than her appearance on few shows.

Talking about Ryder’s parents Guy and Lori’s relationship, they first met at a restaurant that Guy was managing at the time.

The two got married in 1995 and Guy changed his surname from Ferry to Fieri as an ode to his grandfather.

Ryder has an older brother named Hunter Fieri who has also appeared along with Ryder on Guy’s various shows.

As of 2023, Hunter is currently 21 years old and studying at William F. Harrah College of Hotel Administration.

Hunter also loves cooking and is working as a chef currently. You can see Hunter appearing on his dad’s shows and helping him with recipes and cooking. 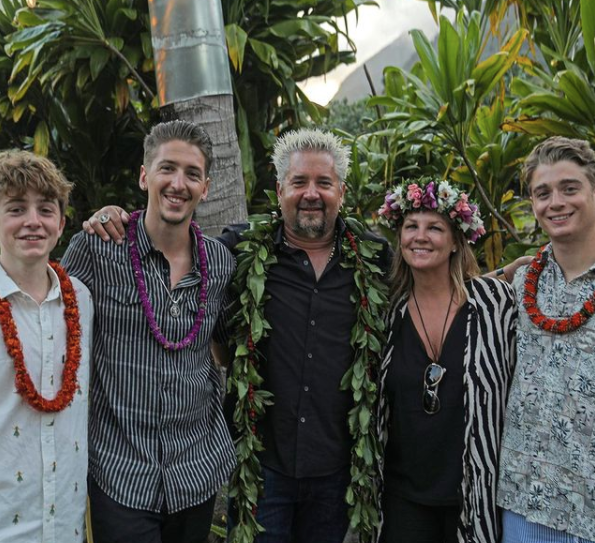 What is the net worth of Ryder Fieri? Ryder Fieri is popular as the youngest son of celebrity chef Guy Fieri.

As of now, there’s no information about Ryder’s source of income.

Hence, his primary income must come from his father Guy’s career and family’s fortune.

Regarding Guy’s net income, it is estimated to be $25 million approximately.

Let’s know some of the unknown facts about Ryder Fieri.