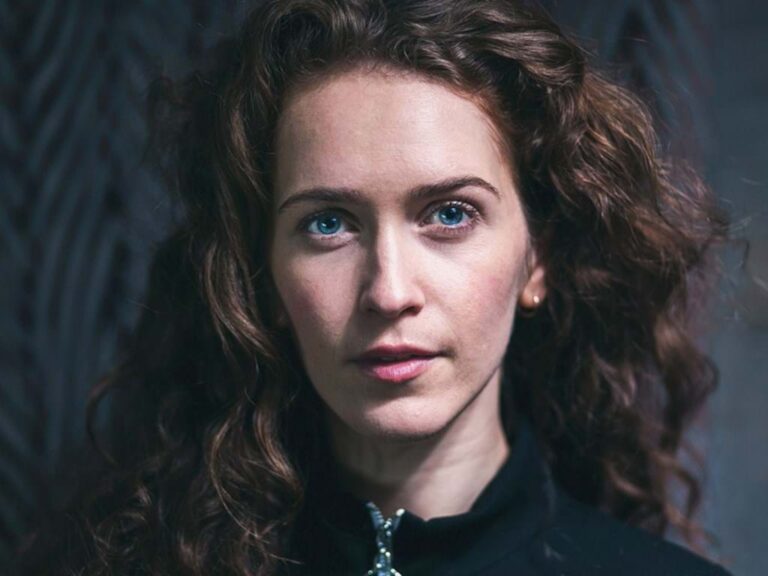 Her personality must have convinced the Japanese calligraphy brush craft master to create the makeup brush for her.  It was the piece of work of one of the only two living brush craft masters.Now, Rae’s Jishaku brush collection comes into MECCA Cosmetica, a first appearance anywhere.Rae has won four times Australian Makeup Artist of the Year award during her career. She is the best-selling author and longest serving Makeup Director for L’Oreal Paris. And this feels like home, as she considers MECCA like home.

Since her last book “Makeup Masterclass”, the brushes became one of the important things for her. She had them for maybe 7 years, but during this period they evolved. First, these were made by Korean technicians, then moved to Shangai, and now they are being made in Japan. One of the main reasons why the evolution occurred is that her work became copied. Even with the patent, it was hard to fight in the court. For sure, she did not want to spend her money on these proceedings. So, she had to do something new, original, and unique so no one could ever copy her. She devoted herself to finding the best brush maker in the world.

There is an award in Japan that is called “Master of Craft”, and to win such award you can only produce samurai sword maker or calligraphy brush maker. It is her discovery that there are only two man left in the world with the title Master of Craft. One of them is behind the brushed she produce. She now has the brushes made by one of the living masters. And, since the other one is 108 years old, it was quite difficult to get to him.

Cost of her brushes

The brushes can go from $10,000 to $100,000 per brush. What is special about them is that these are all hand-made. These brushes are made with the calligraphy technology. So, if you put them in the paint and get it out, and with one pressure, every brush stroke will be smooth. To get an example, if with the standard makeup artist you need 20 strokes to get the job done, hers take 3 strokes.

Process of making the brush

If you remember the Kill Bill movies, the samurai sword maker promised he will not make another sword but he did it for Uma Thurman in the movie. Well, it took some convincing on her side to get the brush maker help her out. As it is one of the oldest crafts, they are the most difficult to make. To create the chemist-brand brush it takes up to 7 steps. More than that is much expensive. On the other hand, calligraphy brushes take 90 steps while Rae’s is 72 steps.

It was also difficult to see the brush maker. She needed to be introduced, so she found blogger who do reviews on high end brushes. She was acquaintance of the Japanese master, so she introduced her to him, otherwise, it is uncertain that she would ever meet him.

At the beginning, the answer was negative, as they though she wanted a simple makeup brush. Originally, she was denied of the magnetic function but at the end, they agreed. Rae had asked him why he agreed to this. It was her character that convinced him to do so, but also, he confirmed that he would never do this for anybody else.

She is into La Mer The Moisturising Soft Cream. While she was on the Roaccutane, she had to use over the top moisturising. She also likes the Darphin’s serums. The new favourite is the French Girl oil moisturizer.

What she wears on the skin during the work events

Although she does not do a lot of events, she uses Chantecaille as the foundation. For her, it is the best thing in the world. She also uses NARS concealers in the pots. Her moto for this is if you use a concealer, use the strongest coverage. The favourite lip balm is the strawberry MECCA one. If she desires a bit of glow she would go for Tatcha Dewy Skin Mist. It first right and it did not seem artificial.

The most purchased beauty product is Ellis Faas Eye Color 105. She uses it on every shoot.

Recommendation for the beginners

The Radiance Brush is for foundation, the Kubuki is for any powder and makeup, and a pointed eye brush like #8. These are the brushes the beginner should use. She initially made the Radiance Brush for Guido, a hair stylist for Redken, and his team. She made him these every season. Many celebrities purchase the brushes from Rae and than post on social media about it which is really good marketing. To use Rae’s words “it is just mind-blowing.”

How hard was it to get the brand into MECCA

The story about is so good. Whenever MECCA release new brand, they put the new stuff out and they get the group of people to judge everything. They have to score it from 1-10. She got the number one from every single person which is something she never experience before.

As Rae claims, it is the dream come through. She was approached by the other big companies but she would not have her brushes anywhere else.