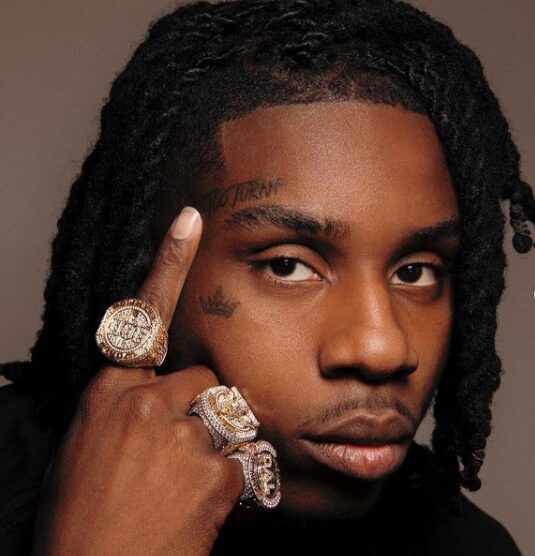 His real name is Taurus Tremani Bartlett. At a very young age, Polo has gained so much popularity in the music industry.

Recently, his third album “Hall Of Fame” debuted at number one on the US Billboard 200 and became his first number one album.

Besides his music career, he’s quite famous on social media platforms too. Over 9.1 million people follow him on Instagram.

Likewise, on his YouTube channel, he has over 4.44 million subscribers.

Today, you will get to know about Polo G’s age, height, relationship, career, controversy, net worth, and even more in this article. 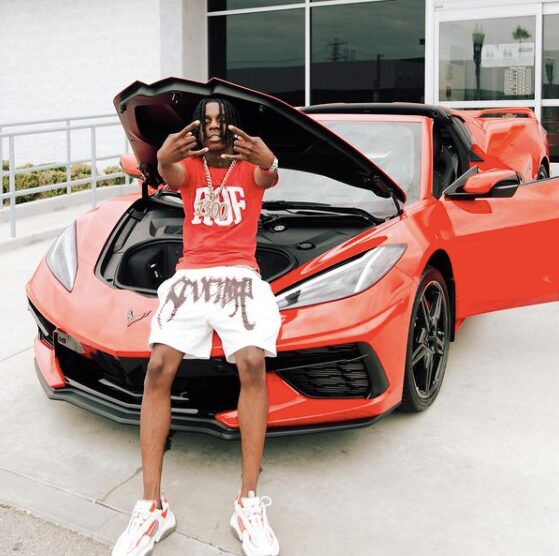 Where was Polo G born? Polo G was born in the Old Town area of Chicago, Illinois, USA.

He grew up with his other 3 siblings in the Marshall Field Garden Apartments.

Since his childhood, Polo has been a music enthusiast and was always supported by his mom.

Regarding his education, he went to Innovations High School in Chicago and graduated from there.

Due to theft and drug issues, Polo had to serve in Cook County Jail.

He has talked about his childhood life and experiences in his songs too.

Now, let’s know about the beginning of Polo G’s career and his achievements so far. 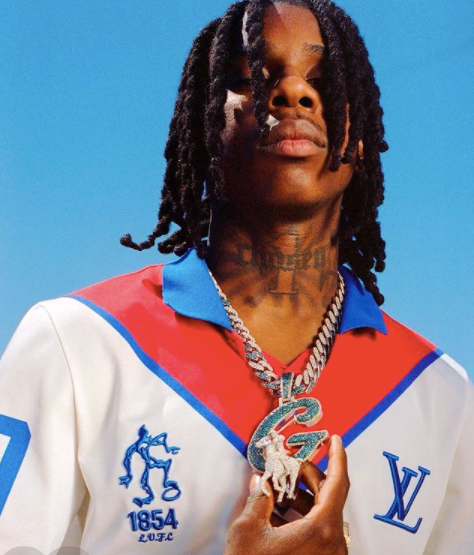 What is Polo G famous for?

Polo started his career as a rapper by releasing his first-ever song “ODA” on YouTube.

Then, he opened a SoundCloud account and released the song “Gang with Me”, which got famous so quickly.

He got more famous after releasing his songs “Welcome Back” and “Neva Cared”.

In the latter half of 2018, he released his hit song Finer Things which he wrote during his time in jail.

Again, in early 2019, Polo released another hit song Pop-Out featuring Lil Tjay which peaked at number 11 on the Billboard Hot 100.

It was one of the biggest hits of the year which eventually landed him a record deal with Columbia Records.

The same year, he released music videos for his songs Deep Wounds, Through da Storm, Effortless, and Dyin’ Breed from his debut album “Die a Legend”.

Also, the album peaked at number 6 on the Billboard 200.

Later in 2019, his other single “Heartless” was released which is a featured production from Mustard and the song was featured in his second album.

Ever since he released many songs such as Go Stupid and The Goat his second album was released on May 15, 2022.

His second ranking on the Hot Single is Go Stupid, featuring Stunna 4 Vegas, NLE Choppa, which is co-produced by Tay Keith and Mike Will Made It.

The Goat is his biggest hit and peaked at number one on the US Billboard 200.

As of 2022, he got featured in several famous artists’ hit songs such as 3 Headed Goat, Hate the Other Side.

Later, in 2022, he released his single Epidemic which peaked at number 47 on the Billboard Hot 100.

In September, Polo announced his own record label Only Dreamers Achieve ODA and the Syracuse-based artist became the first signee.

Polo also got under Forbes 30 under 3o 2022 list under the music category.

Again, he released his single “GNF” on February 5, 2022. And on February 12, he was featured on the soundtrack for the film Judas and the Black Messiah.

Recently, on June 11, 2022, he released his third album “Hall Of Fame” debuted at number one on the US Billboard 200 and became his first number one album.

Similarly, he has a massive fan following with over 16 million on all social media platforms. 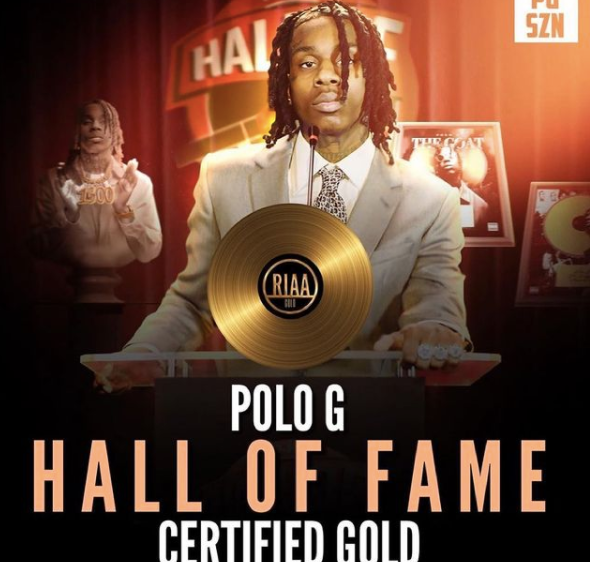 His zodiac sign is Capricorn. He has black hair and black eyes.

Regarding his nationality, he’s an American and black as for his ethnicity.

Talking about his religion, he believes in Jesus Christ and follows Christianity.

Polo had a hard time growing up and was into some heavy drugs such as ecstasy and Xanax.

Not only that, he went to jail several times for theft, possession of illegal weapons, assault charges.

After the death of his close friend Juice Wrld, he stopped taking drugs.

In interviews, Polo has revealed that his biggest influencers are Lil Wayne and Tupac Shakur. 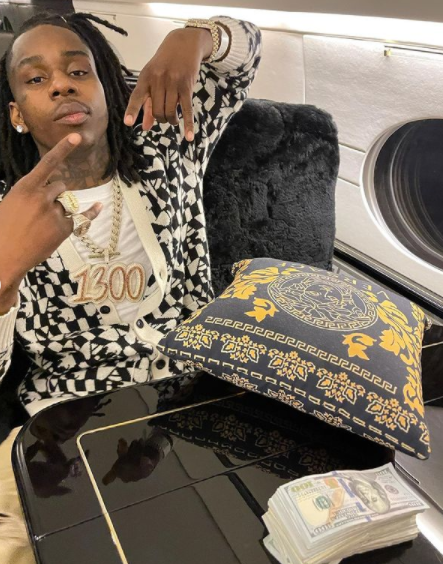 Who is Polo G dating? Polo G is currently single and not dating anyone.

He was previously in a relationship with his son’s mother and Instagram Model Crystal Blease.

Currently, as of 2022, they are rumored to break up and Crystal allegedly cheated on Polo with several other celebrities. 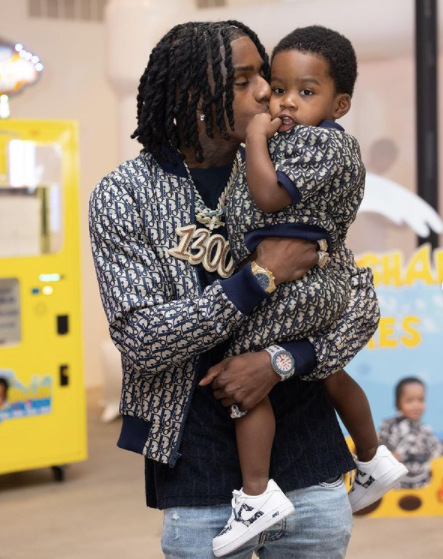 Polo G was born to his father Taurus Bartlett and mother Stacia Mac.

His mom Stacia is his property manager and has supported him throughout his career.

He grew up with his other 3 siblings, elder sister Leilani Capalot, and younger ones Trench Baby and Lela Monroe in the Marshall Field Garden Apartments.

Almost everyone from his family is involved in the music industry.

On August 12, 2019, Polo was hospitalized due to an overdose of fatal drugs like ecstasy and Xanax at a party.

He quitted after the death of his close friend and fellow rapper Juice Wrld.

Before he got famous, he was involved in many crimes such as theft, possession of illegal weapons, assault, etc.

Also, he had to serve time in jails due to his activities during his childhood.

On June 12, 2022, he was arrested for an unspecified traffic infraction. He was arrested during the success party of his album Hall of Fame.

However, later his mom as well as manager Stacia stated on her Instagram live that police arrested Polo without any solid shreds of evidence and also threatened her.

What is the net worth of Polo G? Polo G is a talented musical artist and owner of his own record label ODA.

He earns most of his income from his music career, YouTube, label record, social media sponsorships, brand deals.

Also, he has his clothing line polocapalot.

What was Polo G’s addiction?

Polo nearly faced death due to the overdose of near-fatal drugs Ecstasy and Xanax. He quitted after the incident and the death of fellow rapper and friend Juice Wrld.

Yes, he is currently single and not dating anyone. He broke up with his baby mama and girlfriend Crystal Blease in early 2022.

Check out the music video of Polo G’s song “Black Hearted” down below: