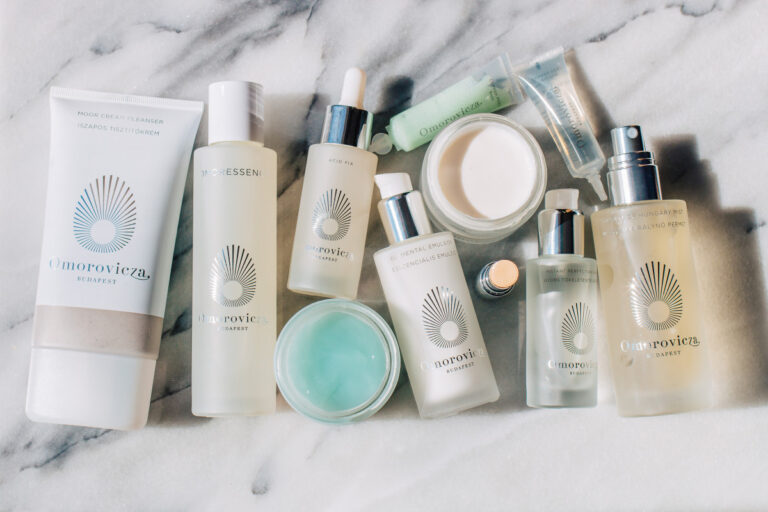 You have probably having troubles in pronunciation of the Omorovicza brand. Well, to put it as simple as possible, it is pronounced like O-mor-o-veet-sa. Yes, this is the Hungarian brand, from Budapest to be precise. It is the skincare line formed around the mineral-rich healing waters found in Budapest.

If we helped you with this, here are few lines about the Omorivicza. Well, what a noble Hungarian family, a Nobel Prize winning lab and ancient thermal spring have in common? Well, it is the name – Omorovicza.

It is best if we start from the beginning. When it comes to the springs and the skincare, it is a big deal in Hungary. Budapest’s firs baths were established some 2000 years ago. In Hungary, Spa culture is a big deal. Even the doctors tend to send the patients to the Spas to have the thermal bath as the part of recuperation. As for the ladies, they see these springs as the key factor in maintaining the good skincare and wellbeing. In Hungary, you do not go to Spa only on vacation, it is common thing to visit them often.

Is there something significant to these waters? Well, to simply put it, yes there is. Since the Budapest is the only city in the world where Earth’s crust is thinnest. This means that the water is closest to the surface and the sun is greater which enables the minerals to absorb more efficiently in the water as is shifts towards to the surface. This being said, Budapest has more thermal waters than any other city in the world.

Stephen and Margaret de Heinrich de Omorovicza, husband and wife, got into the healing water traditions, connected them with the science only to establish their company back in 2006. Each Omorovicza product has these minerals including zinc, copper, and potassium. These make collagen boost and the elastin production which lives the skin more sooth and supple.

The products they produce are deluxe and a joy to use. Some are new such as Acid Fix with the trio of dead skin cell-eliminating acids and Aussie caviar lime to brighten the skin and to resurface. They also have the bestseller such as Thermal Cleansing Balm. This one has magnesium and calcium rich moor mud to purify. Additionally, there is the multitasking Elemental Emulsion which is also used as the moisturizer for the oily skin or as a prevention for the dry complexions.

At the end, but not least important, there is the famous Queen of Hungary Mist. This product is available at MECCA in a limited edition bottle that was created to resemble the blue starry ceiling of the Racz Spa that Stpephen’s family built. It was originally for the actual Queen Elizabeth of Hungary. The Mist was created by the 14th century recipe Queen Elizabet jotted in fold. She loved the toner and she was in belief that it was keeping her young. She was proposed by the man half her age, so this story seems plausible.