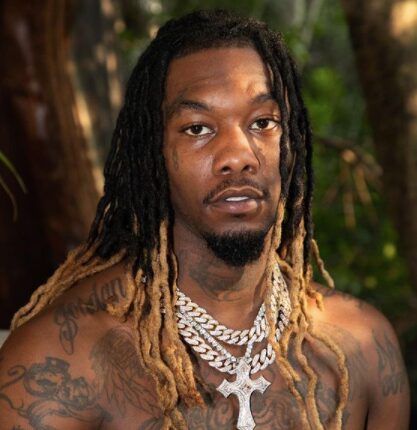 Offset, born on December 14, 1991, is a famous American rapper, singer, and songwriter.

He is a member of a hip-hop trio named Migos with Quavo and Takeoff. Not only that, but he’s also an investor in the esports organization FaZe Clan.

His real name is Kiari Kendrell Cephus, he’s famous for his rap and singing skills.

Apart from being a singer and rapper, he writes songs too. Also, he is an Instrumentalist, who plays the keyboard and percussion instruments.

This talented music artist is also famous on social media platforms. He has over 19.1 million followers on Instagram.

There, he shares lots of his work and daily life-related photos and videos.

Today, we will be learning about age, height, career, relationship, controversy, the net worth of Offset, and even more. 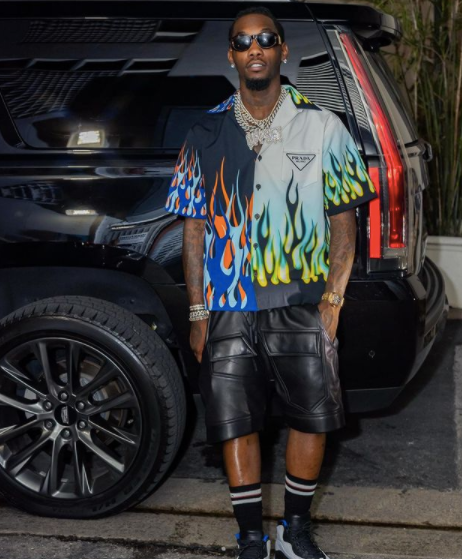 Where was Offset born? Offset was born in Lawrenceville, Georgia on December 14, 1991.

He grew up in a middle-class family in Gwinnett Country of Georgia. His father left him and his mother at a young age.

Quavo’s mother was the one who raised Offset, Quavo, and Takeoff.

At the age, 0f 17 he formed a hip-hop group with Quavo who’s Offset’s cousin, and Takeoff, Quavo’s cousin.

They released their first single Versace in 2013 and gained popularity.

There’s no information about Offset’s education. It is well known he came from a middle-class family.

Now, let’s know about the career and achievements of Offset so far.

What is he famous for? Offset is a famous rapper, songwriter, and singer.

In his early days, he formed a hip-hop group with his cousin Quavo and his nephew Takeoff.

Before that, Offset already had starting singing with his friends in a club named Polo Club around 2009.

The trio started gaining recognition after their first debut single “Versace” in 2013.

They released their debut studio album Yung Rich Nation in 2015.

Soon after that, they had their big break with their single Bad and Boujee. Many memes were also made about the lyrics “rain drop, drop top”, which was in the Offset’s part.

Alongside Drake, Offset was on Metro Boomin’s single “No Complaints” which got at number 71 on the Billboard Hot 100 in 2017.

He collaborated with Macklemore for the song Willy Wonka, from the album Gemini.

On Oct 31, 2017, he released a collaborative studio album with rapper 21 Savage and record producer Metro Boomin titled, Without Warning.

The album debuted at number 4 on the US Billboard 200 Chart. Also, another hit song Ric Flair Drip was added to the album.

The song was a big hit which was Offset’s first solo platinum single, and the highest-charting US Billboard Hot Entry as a lead artist to date.

Then in 2019, he released his first solo album Father of 4 which featured the single “Clout”, with his present wife Cardi B, which peaked at the top 40 of the Hot 100 at number 39.

Offset with his fellow members of Migos appeared in an episode of Donald Glover’s series Atlanta which aired on September 13, 2016, titled “Go for Broke”.

Not only that he also appeared on Sean Evans’ YouTube Series titled Hot Ones.

Recently, in July 2022, he appeared on Jimmy Kimmel Show.

His birth sign is Sagittarius. He has black colored hair and black eyes.

Regarding his nationality, he’s an American and his ethnicity is mixed.

In 2018, Offset was injured in a car accident and nearly died in his green Dodge Challenger.

Offset and Cardi B who is also a famous music artist started dating in 2017.

They privately married on September 20, 2017. However, Offset proposed to her at a live performance at Power 99’s Powerhouse in Philadelphia, Pennsylvania.

On April 7, 2018, Cardi B revealed on Saturday Night Live that they were expecting their first child.

Cardi announced on her Instagram Live that Offset deliberately cheated on her with an aspiring rapper and model Summer Bunni during her pregnancy and so they have broken up.

However, they released their song “Clout” in 2019. Then, Cardi B announced she had filed for divorce but soon they were again together.

Offset was allegedly dating Amber Rose before dating Cardi B in 2017. He has a total of four children and all are featured in his song “Father of 4”.

His other known relationships were with Alexis Sky, Oriel Jamie, Justin Watson.

The couple announced that they are expecting another child on June 27, 2022. 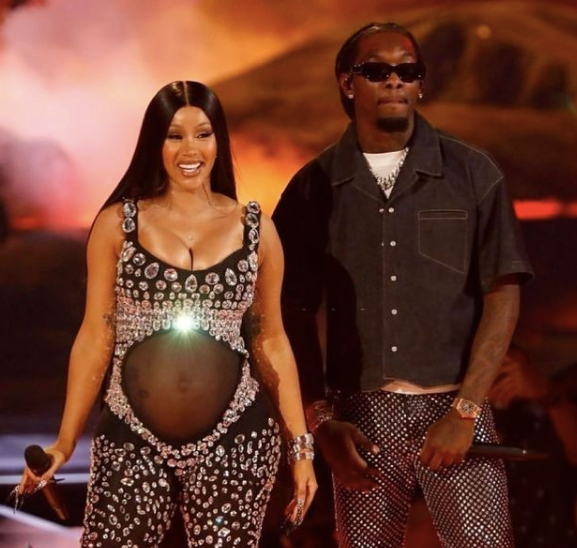 Offset comes from a middle-class family and grew up with his cousin Quavo and nephew Takeoff, fellow members of Migos.

They have struggled a lot and were raised by Quavo’s mother. According to some sources, Offset’s abandoned him when he was very young.

As of now, there’s no information regarding Offset’s parents and siblings.

Offset himself has not revealed anything about his family.

In 2013, Migos was gaining fame, Offset was arrested for violating the probation that he had received for theft and burglary and was locked up in Georgia’s DeKalb County Jail.

Then, on April 18, 2015, Migos was arrested during their ongoing concert at Georgia Southern University as well as other members who were involved.

The police arrested them for the possession of Marijuana and firearms in a school safety zone and during the commission of a crime.

On May 2, 2015, he was charged for attacking another inmate, causing severe injury.

What is his net worth? Offset is famous as a member of hip-hop Migos and solo artist as rapper and singer.

He earns a majority of his income from his music career, sponsorships, brand endorsements.

As of 2022, his net worth is estimated to be $30 million approximately.

Let’s get into some of the unknown facts about Offset.

Are Offset and Cardi B back together?

Yes, they are officially back together after Cardi B announced she had filed for divorce. Also, recently they announced that they are expecting their second child.

Who is married to Cardi B?

Cardi B is the present wife of Offset. They privately married on September 20, 2017.

Offset and Quavo are cousins and Takeoff is Quavo’s nephew. The trio has a hip-hop group called Migos.

Check out the music video of Migos’s hit song “Bad and Boujee”: