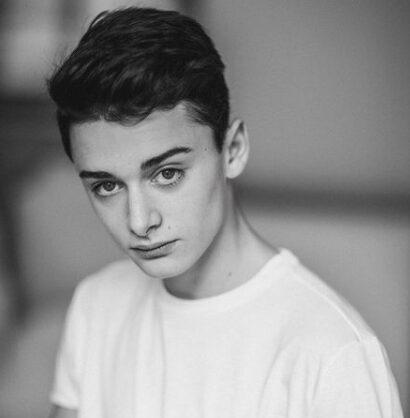 He won the Screen Actors Guild Award for Outstanding Performance by an Ensemble in a Drama along with his co-actors.

Besides that, he has appeared in several dramas and movies such as Bridge of Spies.

He has also done a voiceover for the role of Charlie Brown in the animated The Peanuts Movie.

Similarly, Noah is quite famous on social media platforms too. He has a huge fan base all over Instagram, TikTok, and YouTube.

Today, we will be discussing Noah Schnapp’s age, height, relationship, career, net worth, and even more in this article. 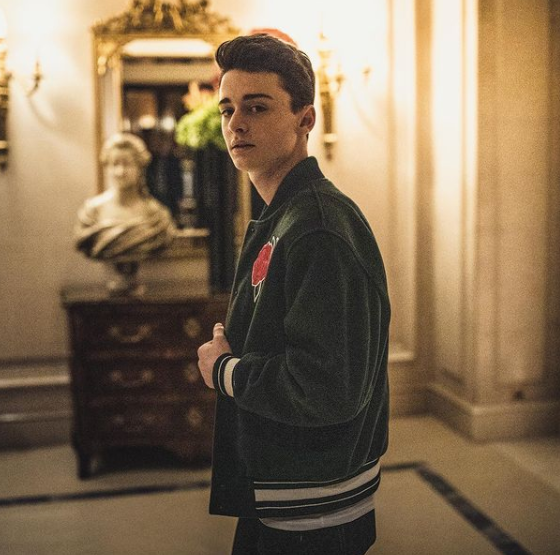 After watching the Broadway production of Annie at the age of 5, Noah was intrigued by acting.

During his school days, he used to act in school plays and community plays.

According to Noah, he got encouraged by his acting teacher to attempt a professional career in acting when he was just 8 years old.

His coach did that so he could grab career opportunities there.

As for his education, he went to Scarsdale Middle School and graduated from Westchester’s Star Kidz.

What is Noah Schnapp famous for? Noah Schnapp is a famous young actor popular for his roles in different shows and movies.

In 2015, he did the voiceover of the lead character in the movie The Peanuts Movie.

Then, the same year, he had his first onscreen role in Steven Spielberg’s historical drama film Bridge of Spies.

Noah got his first big break, after appearing in the role of Will Byers in the first season of Netflix’s science-fiction horror TV series Stranger Things.

He has also appeared in its sequels too.

Then, in 2018, he did the voiceover of the character Kai in the children’s animated feature film The Legend of Hallowaiian.

The same year, he appeared in the TV series Liza on Demand in two episodes.

In 2022, he was cast as the lead role named Jo in the historical war drama Waiting for Anya.

Similarly, in 2022, he made an appearance in the role of Tommy in the American Halloween comedy-horror film called Hubie Halloween.

Noah was also featured in famous artists’ songs such as LA Devotee by Panic! At the Disco, In My Feelings by Drake, and See You by Johnny Orlando.

Besides his acting career, Noah is also active on YouTube. He has his self-titled channel which he started on December 20, 2016.

He has featured many celebrities in his videos such as Millie Bobby Brown, Charlie D’Amelio, Lily Singh, Sommer Ray, Venus Williams, and more.

The most viewed video on his channel is Millie Bobby Brown Best Friend Challenge! which currently has over 38 million views.

Currently, he has over 4.07 million subscribers and a total of over 105 million views on his videos.

However, it’s been 10 months that he is not active on his YouTube channel.

Over 19.4 million people follow him on his TikTok account and there are over 311.3 million likes on his videos.

We can see that Noah has been able to earn a massive fan following at such as young age.

Regarding his nationality, he holds Canadian citizenship and is residing in America that makes him Canadian-American.

Talking about his ethnicity, he’s Jewish. Currently, we do not have information about what religion he follows.

We will update you with it as we get any information.

His hobbies include traveling, painting, and eating food. In a QnA session, he revealed that he has been to 30 countries to date.

Noah’s favorite TV show is Brooklyn Nine-Nine and his favorite actress is Winona Ryder who plays the role of his mother in Stranger Things.

Back in 2017, Noah and his fellow actor Millie Brown were rumored to be dating, however, two cleared out that they are just good friends.

In an interview, he revealed that he is currently single but he could date a fan if he could in the future.

Then, in 2019, he made a QnA video on his YouTube channel where he revealed about his first kiss that happened back when he was in 7th grade.

So, as for our records, Noah is still single, not engaged to anyone, and doesn’t have any plans for marriage and babies yet.

Who are the parents of Noah Schnapp? Noah was born to his parents Mitchell Schnapp and Karine Schnapp.

His father Mitchell is an equity manager and his mother Karine is a business manager.

As for his siblings, he has a twin sister named Chloe Schnapp. Noah is older than Chloe just by 4 minutes.

Chloe is just a student in her school days and her career path is still unknown to us.

His family is currently residing in Montreal, Canada so he visits the city back and forth.

What is the net worth of Noah Schnapp? Noah Schnapp is a young aspiring actor with a massive fan following all over the world.

He has been able to generate lots of fortune at a very young age.

As for his income sources, he earns most of his income from his acting career, youtube videos, ads, social media sponsorships, and brand deals.

His net worth as of 2022, is estimated to be $3 million approximately.

Now, let’s know some of the lesser-known facts about Noah Schnapp.

Is Noah Schnapp in a relationship?

As of 2022, Noah Schnapp is currently single and not dating anyone.

There were rumors he was hooking up with his fellow actor Millie Bobby Brown, however, they revealed that they are just very good friends.

Roblox is a video game and Noah is a big fan of it.

He revealed that his username in the game is noahcoolawesome in an interview despite Millie warning him not to.

Check out the video from Noah Schnapp’s YouTube channel down below: