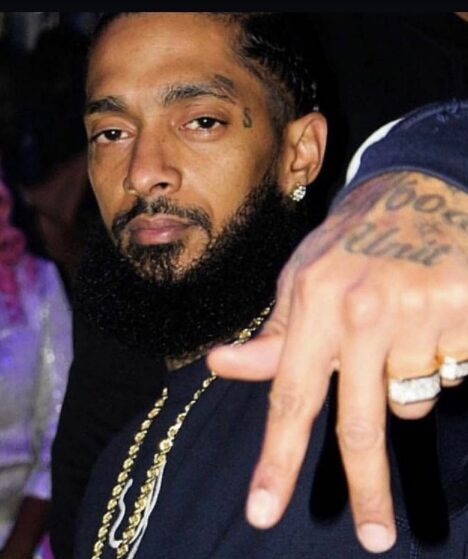 Who is Nipsey Hussle?

He’s known for his various hit mixtapes including Bullets Ain’t Got No Name series, The Marathon, The Marathon Continues, and Crenshaw.

Regarding his acting career, he had made several appearances in movies like Bone Thugs-n-Harmony, Caged Animal.

Nipsey was also known for his clothing line named Marathon clothing store which he co-owned alongside partners Carless, Karen Civil, and his brother Samiel.

Unfortunately, this talented artist is no more with us as he was shot dead on March 29, 2019, outside his store in Los Angeles.

Today, we will be learning about Nipsey Hussle’s age, height, career, relationship, death, net worth, and even more. 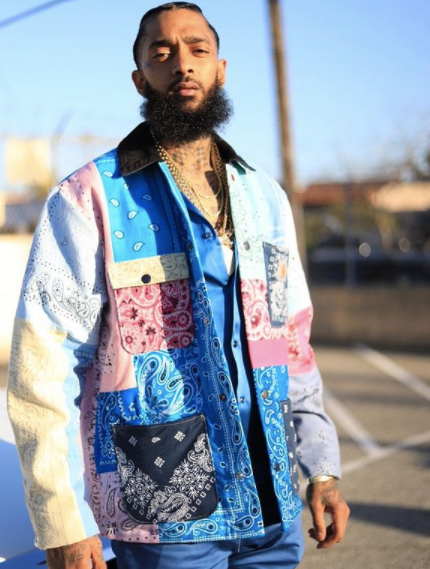 He grew up with his brother Samiel Asghedom and his sister Samantha Asghedom in the Crenshaw neighborhood of South Los Angeles.

As for his education, Nipsey went to Alexander Hamilton High School in the nearby Castle Heights neighborhood.

However, he never graduated and dropped out early from school.

At the age of 15, he joined a local street gang named Rollin 60’s Neighborhood Crips after leaving his house.

After that, he joined Buttervision, a creative multimedia Digital Guerrilla moment by Dexter Browne at the age of 17 in 2002.

Nipsey got his nickname Nipsey Hussle inspired by a comedian Nipsey Russell and recommended by his childhood friend Baby Gooch.

At the age of 19, he and his brother Samiel went on a trip with his father to Eritrea, East Africa which lasted for 3 months.

Later, Nipsey revealed that the trip was the main inspiration for him to pursue entrepreneurship and community activism.

Now, let’s get into knowing Nipsey Hussle’s career and the achievements he made until his death.

What was Nipsey Hussle famous for?

Nipsey built up his career starting with his debut project Slauson Boy Volume 1, which helped him get a small regional fanbase.

Also, he signed up with Cinematic Music Group and Epic Records after that.

In 2008, Nipsey rose to fame after he released his first two installments in his Bullet Ain’t Got No Names series of mixtapes.

After the big hit, in 2009 he collaborated with his famous fellow artist Drake for the song “Killer”.

He was also featured alongside Snoop Dogg and Problem in Upside Down from Snoop Dogg’s album Malice n Wonderland.

Then, he released his third single as well as his commercial debut song Hussle in the House.

In 2010, his former records Epic Records faced a financial crisis which led to Hussle not renewing his contract and deliberately leaving the company.

After that, he appeared on the song We Are the World 25 for Haiti and was claimed as Most Determined of rappers by XXL magazine.

On November 1, 2011, he released the sequel to the mixtape naming it The Marathon Continues.

After a year, he released an album with a collaboration with fellow rapper Blanco naming it Raw.

He released several singles after the mixtape among which Fuck The Trump (FDT) was the most controversial one.

On the release day of Crenshaw, Hussle announced that his next studio album, Victory Lap would be released in 2014.

However, there were several delays and finally, on February 16, 2018, Victory Lap was released.

The album debuted and peaked at number four on the Billboard 200 selling 53,000 copies in the first week.

Several songs from the album such as Double Up, Last Time I Checc’d, and Dedication peaked on the Billboard Hot 100.

Victory Lap is the biggest hit of Hussle’s career which marked his place as the lead artist of that time.

In an interview with Forbes, Hussle had revealed that Victory Lap was more personal to him rather than being a mere album for business.

It also earned him the nomination for a Best Rap Album at the 61st Annual Grammy Awards in 2019.

After a year of the rapper’s death and the album’s release, it peaked at number two on the Billboard 200 in April 2019.

Hussle’s last single Racks in the Middle before his death was released on February 15 2019 and it debuted at number 44 on the Hot 100.

Hussle had made several appearances in movies like Bone Thugs-n-Harmony, Caged Animal.

In 2015, he appeared in a cameo role in The Sexy Getting Ready Song, in the pilot episode of Crazy Ex-Girlfriend.

As already mentioned, Hussle got inspired to pursue entrepreneurship during a trip at the age of 15.

In 2013, he founded a Marathon Agency with business partners Karen Civil and Jorge Peniche.

Then on June 17, 2017, he opened a Marathon Clothing store which he co-owned alongside partners Carless, Karen Civil, and his brother Samiel.

All his life, Hussle worked on eradicating gun violence through his music, influence, and community work.

He desired all for his people like technology, knowledge, so he started the Destination Crenshaw project which is currently under construction.

Hussle won two posthumous Grammy Awards for the songs Racks in the Middle and Higher.

After the rapper’s murder, fifty murals were painted in the City of Los Angeles.

Many famous rappers such as Snoop Dogg, Big Sean, YG dedicated their songs and performances in honor of the rapper’s death.

In September 2019, Puma released the Marathon Clothing collection which profit went 10% to the Neighborhood ‘Nip’ Foundation.

As for his nationality, he was an American and mixed by his ethnicity.

There’s no information about the religion Nipsey followed.

Nipsey always liked to work for his community people and had claimed his brand is more for the ecosystem, not the business.

All his life, Hussle admired the famous musical artist Jay-Z.

They dated from 2013 till his death in 2019. The couple also has a son named Kross Ermias Asghedom together.

Lauren also has a son from her previous relationship with the famous rapper Lil Wayne.

Talking about the other child of Hussle, he had a daughter named Emani Asghedom from his previous relationship.

Imani currently lives with her aunt Samantha after Nipsey’s family won custody of her.

He was raised alongside his brother Samiel Asghedom and sister Samantha Asghedom.

There is no information about Hussle’s parents’ profession and whereabouts.

Before Hussle’s death, his brother Samiel was one of his partners of Marathon Clothing Store.

As of 2022, there is no information about Samiel’s current profession and the same goes for Samantha’s.

How did Nipsey Hussle die? On March 31, 2019, Hussle was shot over 10 times outside his clothing store in Los Angeles.

According to the police, Hussle was killed by his murderer Eric Ronald Holder Jr. due to personal disputes.

Eric shot him around 3:25 pm during the murder scene and Hussle was taken to hospital immediately, however, he was announced dead at 3:55 pm.

After his death, numerous artists offered their condolences to his family.

On April 11, 2019, Hussle’s memorial service was held at the Staples Center in Los Angeles.

Even, Barack Obama praised the rapper for his work in the community in a letter.

What is the net worth of Nipsey Hussle? Around the time of 2019 before the rapper’s death, his net worth was estimated to be $8 million approximately.

Everything he earned was from his rapper career, record label, stocks, real estate, and trusts.

As of 2022, according to his real estate’s legal documents, his net worth is estimated to be $4.2 million approximately.

What song is Nipsey Hussle famous for?

Nipsey’s commercial debut Hussle in the House is regarded as his signature record and landmark song.

What did Nipsey Hussle do for his city?

Nipsey founded the Destination Crenshaw project which is currently under construction.

What were Nipsey’s final words?

Eric Holder who allegedly murdered Nipsey by shooting him 10 times, was talking about snitching to Nipsey before the unfortunate incident happened.

Check out the music video of Nipsey Hussle’s single Racks in the Middle down below: