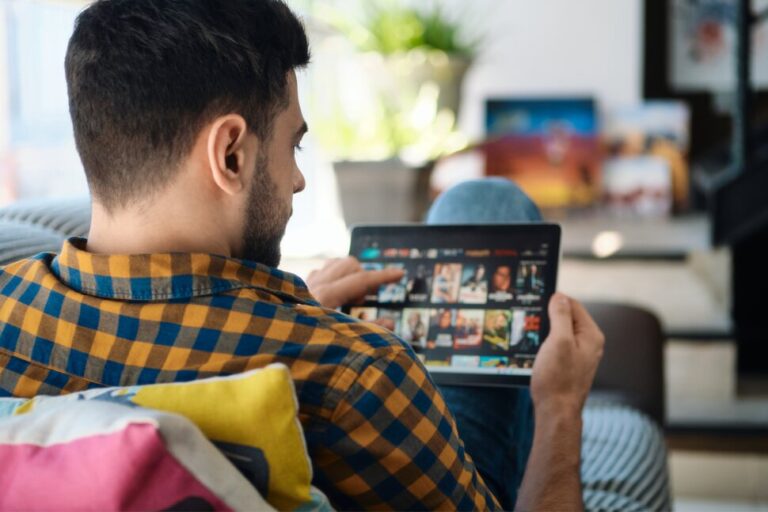 Remember when you had to rent a movie from the video library and return it in 24 or 48 hours with the tape rewinding? Carefree times indeed, aren’t they? And it all cost us just a few dollars a month. Furthermore, we all learned the art of copying video content, and everyone could have a pirated copy of their favorite movie at home. But over time, everyone became aware of copyrights, and a way was sought to make movies and series available to everyone.

If you’re a fan of this kind of content, you’re probably subscribed to streaming services yourself. Or at least one of them. If you click here, you will find fascinating data about the popularity of movies and shows on different streaming services. For example, we find it really interesting that “Stranger Things” dominates this year, and it is more than clear that Netflix is the leader in this market.

But what does it all mean on an annual basis?

Netflix is ​​perhaps the first commercial streaming platform that has defined how we consume online content. For just a few dollars a month, you get access to premium content, as well as older movies and series that have a Netflix streaming contract.

Their first most successful stories are “House of Cards” and “Orange is the New Black.” Nowadays, in addition to original series, you can also find movies and documentaries.

Interestingly, Netflix has existed since 1997, when it was a rental business, similar to former video stores. Of course, the business seemed to go well for them, and they started developing new and innovative products.

The full transition to streaming happened sometime in 2012 with the help of the famous “Breaking Bad.” Although it is not original Netflix content, it has achieved significant success, allowing in 2013 to start working as an exclusive film production.

We all remember that for a while, Netflix was only available in the US. But today, this streaming service is available almost all over the world, which significantly contributes to its becoming even more popular.

HBO Max became popular because of “Game of Thrones2”. Of course, over time, the service gained a reputation as a serious streamer, along with exclusive content.

However, what makes HBO Max a direct competitor to Netflix? In 2022, the “House of Dragon” series, related to “Game of Thrones“, was released. The enthusiasm of GoT fans quickly affected the increase in the service’s popularity.

Of course, HBO has been around for a long time as a television production. However, with an exclusive streaming offering, they are taking a significant chunk of the film industry.

They seem to know their audience well and can always offer relevant content and thus remain competitive in the market.

In the past, Disney was the definition of production for animated films for children. However, we know that their business has reached a wider target audience over the years. Well, it seems that the streaming service was something that everyone expected from them.

For a very cheap subscription fee, you can watch great content at home. Of course, the production quality is unsurpassed in a manner that only Disney can achieve.

Music today is available to everyone, everywhere, at all times. You no longer have to spend hours converting mp3 files so you can transfer them to your phone. You can also forget about any players because everything you need is already in your pocket.

This service is a completely expected result of Amazon’s hard work as a marketplace. They offer so many services that it is sometimes impossible to keep up with everything.

But what makes them so good?

If you subscribe to Amazon Prime, you get access to many movies and series, as well as the original production, but also a free book and unlimited access to Amazon music.

In addition, you have one month of free access to all content, which means that you can accurately assess whether Amazon Prime is your cup of tea or not.

For a long time, we thought Hulu was a direct competitor to Netflix and could take the lead at any moment. Of course, Hulu is available mostly in America and can be integrated with other services. Disney+ channel is also available on Hulu, which is almost completely compatible with the program of the service itself.

This platform is worth mentioning because it is very commercial and is still the first choice of music stars when they release new material. If we compare it to the other services on this list, YouTube music is almost at the bottom, but despite that, it has millions of active users.

On the other hand, the free version works almost perfectly, so many users only subscribe to that.

Do you have a favorite streaming platform? Or maybe you use more than one? One thing is for sure. The streaming business won’t die soon because there is much more to offer. Maybe one day, we will ultimately move to streaming services and forget about the traditional TV and movie theaters.