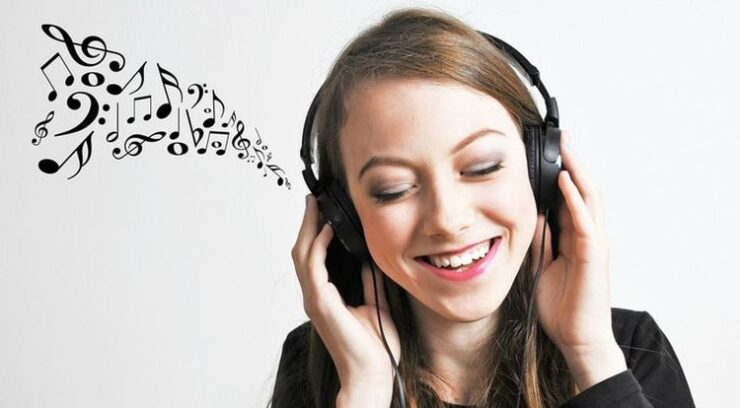 From the moment the phonograph was discovered, things began to move upwards, so that today, for very little money, we could have music and even find out the name of the song we are currently listening to, with one click. Modern technology has changed the ways of listening to music. Music has never been more accessible to humanity than it is today. Until about 150 years ago, you could only listen to live performers, and that was not even everyone’s opportunity, but the privilege of some.

Over time, sounds began to be recorded, as well as their reproduction, which led to a revolutionary change. Learn more about this in the rest of the our article.

The development of technology and numerous inventions have completely changed the way we listen to music today. Over the past decades, some music albums have changed music forever. For example, Kraftwerk are pioneers of electronic music. “Autobahn” from 1974, is also known for the fact that a “Minimoog” synthesizer was used during the recording. “The Buggles” marked a turning point because it was the first time a polyphonic sampler was used (the ability to play more than one note at a time). By the end of the eighties, technology had advanced so much that many records could be sampled or beaten to fit the new rhythm.

Sound stages, synthesizers are just some of the details of musical innovations that could be heard during the 1970s. Bands used all the possibilities of electronics, which resulted in an amazing effect. A few years later, the sound of chamber music created on drums appeared. British musician John Martin showed openness to new technologies on the 1970 album “Stormbringer”. He created a delayed sound, like an echo, and he got music parts so unique, which seem to come from a cave. So, some music recordings were a symbol of significant changes.

Although technology has changed the way we listen to music, experts have noticed a big jump in the sale of gramophone records. They believe that the coronal virus pandemic deserves credit for that, that is, it contributed to higher sales of records. Analog sound carriers were sold as in the 80’s. The customers are mostly elderly people. Fans of this kind of music believe that the record has numerous advantages and that digital sound can never sound like from a record. Many argue that they are limited in frequency as opposed to a record that lacks sound stiffness.

Today we mostly listen to music on computers, smartphones, etc. Computers are much bulkier than our smartphones, but they also provide a lot of convenience. One of the biggest benefits is that you can find a variety of music that people recommend online. There are a number of websites that contain playlists that you would not otherwise listen to.

It’s just one of the ways to find new music that you like. Many songs will delight you because they are deep and significant, not just loud and bright. So, people online today are talking about everything, including music and new / old music directions. With more and more artists and different styles every day, you can find very interesting content on various forums and platforms where people stream.

When we talk about the benefits of smartphones, we can’t ignore apps for streaming music. This is actually the most popular way to listen to music, because you will easily come up with new songs and you can listen to them for hours. It is also very easy to find the appropriate apps and install it on your device. Our phones are perfectly designed and there are various gadgets that make it even easier for us to listen to music. This is primarily due to the large selection of headphones. Thanks to modern technology, you can do anything while enjoying music.

For example, you can wear headphones while training, traveling, cooking lunch, or any other activity. If you decide on a quality model, they will be very durable and will match the dimensions of your ear. That way you don’t bother the people around you. If you really like a song and want to share it with your friends, just share it via the app. This feature is one example of how far they have evolved in sharing and listening to music.

Bluetooth has been around for many years, and today more and more devices are connected this way. Have you heard of the dual bluetooth option? This means that you can connect several devices, such as phones, laptops and earbuds, to function as one. Another very interesting device that you can connect with dual bluetooth option is Woojer Strap Edge, which we learned more by watching the following video:

This is another feature that people love to use when watching their favorite shows or other content. They will also play music on their TVs, because it is very convenient for them while they clean the house or have some other obligations. That way, they will not feel lonely and will enjoy their favorite melody playing in the background. That way, the house will not act quietly and the home will be ruled by positive energy.

The easiest way to stream music is to use the YouTube platform. There is a variety of content on it which means you can search for concerts of your favorite bands or yoga classes. This is another difference between former technology and today’s functions. For example, for many years now, you do not have to use tapes with recorded content of yoga instructors. Now it is enough to find on YouTube this or similar content such as music for meditation.

Thanks to the development of technology, people can focus more on music, but also on everything else. There are no distractions or things that can reduce the sound quality. On the contrary, you can find numerous things that will make whole experience much better.