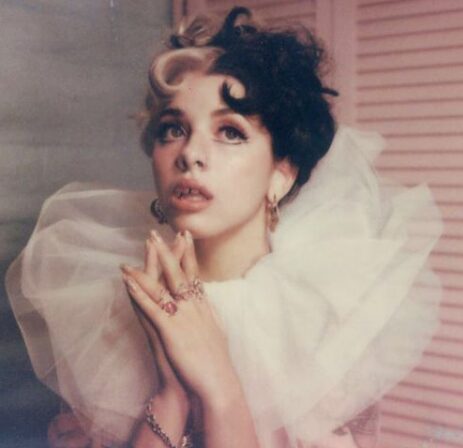 Who is Melanie Martinez?

She rose to fame after appearing in the famous TV vocal talent show The Voice in 2012.

After that, she released her first single Dollhouse, and soon released the studio album Crybaby which is one of her biggest hits.

Besides, music career, Melanie is a talented photographer and visual artist.

She has a massive fan following all over the social media platforms. 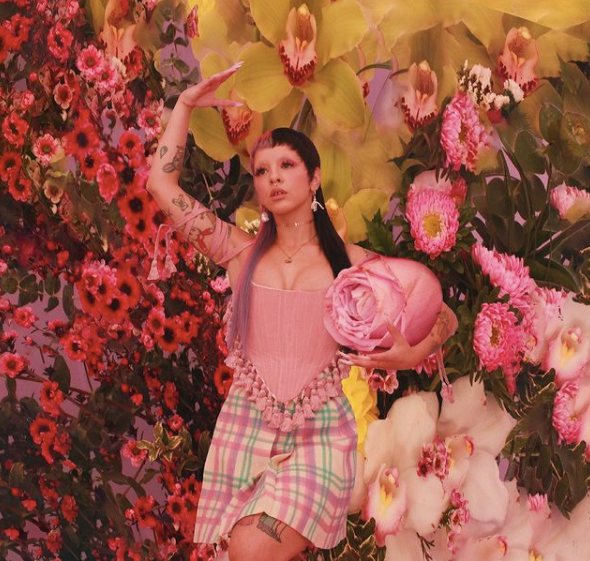 She grew up in Baldwin, New York on Long Island after her family moved there when she was just 4 years old.

Since her childhood, Melanie has wanted to be a singer and used to love the music of Britney Spears, Shakira, Brandy, The Beatles, etc.

She studied at Plaza Elementary School where she found her teacher Mr.Nadien who taught her how to sing.

From Kindergarten only, she learned to write poems. Not only that, she learned photography and painting at a very young age.

She learned how to play guitar by looking up chord diagrams of the songs online and wrote her very first song by adding poetry to those chords at the age of 14.

As for her further studies, she graduated from Baldwin High School.

Now, let’s take a look at the beginning of Melanie Martinez’s career and the achievements she has made to date. 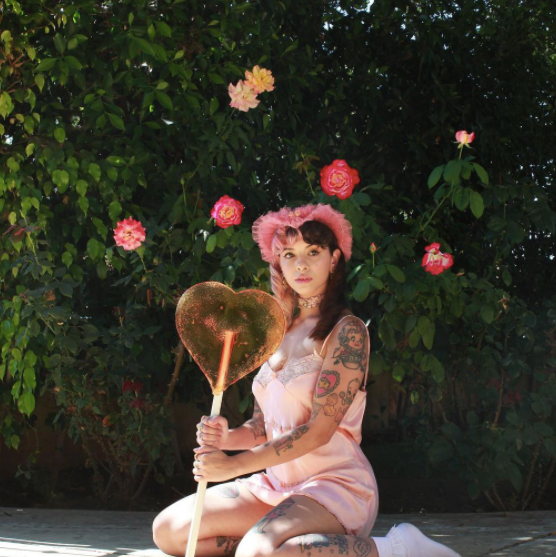 What is Melanie Martinez famous for?

In 2012, Martinez participated in the MSG Varsity Talent Show, a TV talent competition when she was studying in her junior year of High School.

She sang The Beatles’ song Money and cleared the first round, however, she was eliminated in the second round.

Then, in late 2012, she auditioned for the third season of The Voice.

Sadly, she didn’t win the show and got eliminated in the sixth week of the live show.

But she did get famous and earned lots of popularity after she left the show.

Soon after the show, she started working on her music career on her own and spent her most of time in 2013 writing songs.

On February 9, 2014, she released her debut single Dollhouse

Melanie later signed to Atlantic Records on April 7, 2014, and declared that she would be going on a tour.

She then released her Extended Play debut Dollhouse on May 19, 2014.

The Carousel from the EP was certified gold by the Recording Industry Association of America (RIAA).

The song was also featured in a preview for FX’s miniseries American Horror Story: Freak Show.

It also peaked at number nine on the Alternative Digital Songs Chart.

Again her other song Pity Party was certified gold by RIAA which she released on June 1, 2015.

On July 10, 2015, she again released another single named Soap which has gained over 30 million views on YouTube.

The album peaked at number 6 on the Billboard 200. Then, in December she released the song Gingerbread Man as a gift to her fans on SoundCloud.

She then released her third EP named Cry Baby’s Extra Clutter. On February 24, 2017, her album Cry Baby was certified platinum.

Martinez took over 2 years to break from releasing any song or album and focused more on directing and writing films.

After School and Present

Melanie revealed the title of her next album After School on her Instagram stories in January 2022.

On February 10, 2022, the single named Copy Cat from the album was released which featured the American Rapper and songwriter Tierra Whack.

The song was the first song to feature any other artist in Melanie’s songs. Then, on June 26, 2022, another single Fire Drill was released.

After getting viral on TikTok, her song PlayDate became of the top 100 most played songs on Spotify in the US.

The song was actually from the deluxe edition of the album Cry Baby which was released way before in 2015.

Besides her music career, Melanie is known for her unique fashion sense. Many girls look up to her for her fashion and appearance.

She became famous for her little different and unique fashion sense after she appeared as Cruella in The Voice.

Hence, she has colored one part of her hair as blonde and one part as black to resemble the character Cruella De Vil.

Her popularity earned her a signing with a Cosmetic company called Lime Crime in 2015.

She released a commercial for her perfume Cry Baby Perfume Milk in October 2016 which is quite famous among her fans.

During the time of the release of the album K-12, Melanie also released the film named same.

The film was released in selected theatres worldwide, and she released it on YouTube.

In an interview, she revealed there are two sequels and two visual albums to the album and she planned to follow on from the album and film. 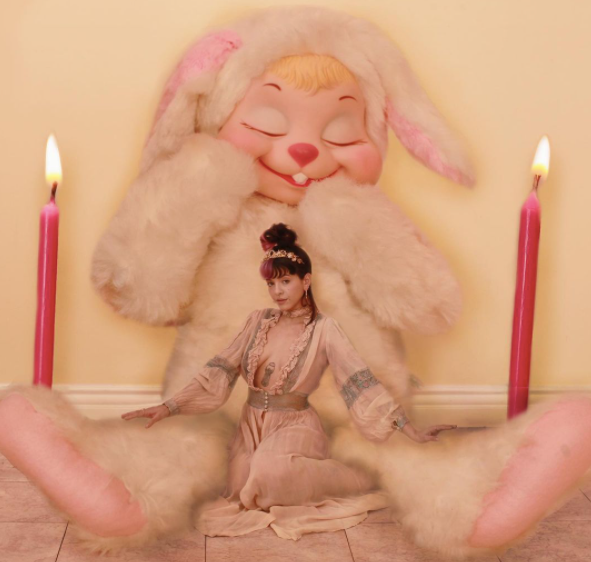 Also, she is active on TikTok too where she posts videos of her dancing and singing her songs.

On her official account of TikTok, she has over 3.4 million followers and a total of 17.8 million likes on her videos.

As for her YouTube channel, she has over 12.8 million subscribers and a total of over 3.3 billion views on her videos. 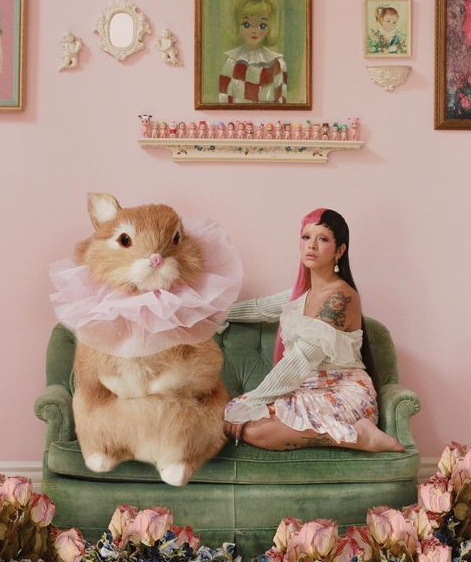 As for her nationality, she is an American and follows Christianity as her religion.

Her parents are of Dominican and Puerto Rican descent so that makes her ethnicity mixed.

She revealed in an interview with Billboard that if she was not a musician she would have been a designer, photographer, Film Maker, Tarot Card Reader.

She revealed her sexuality as bisexual after she changed her Instagram bio to pronouns she/they.

Regarding her influences, she has always admired The Beatles, Kimbra, Neutral Milk Hotel, Zooey Deschanel, and others.

As for her past relationships, she dated Kenyon Parks whom she met while studying photography in 2011.

Soon after the breakup with him, she was revealed to be in a relationship with Vinnie DiCaprio in 2012 and they eventually broke up at the end of 2012.

After that, she started dating Jared Dylan and they parted ways in mid-2013.

At the end of 2013, she began dating Edwin Zabala who also featured on her song Dollhouse’s music video.

The two had a rough breakup which led to Edwin leaking Melanie’s nude photos on Omegle in 2014.

However, she met Miles Nasta, a drummer who worked in her song Half-Hearted and they started dating.

Unfortunately, they broke up but they are still good friends to date.

After the breakup with Miles, she started dating Michael Keenan who has been her producer since the time.

Then, on October 28, 2019, Melanie and Oliver made their relationships official after posting their photos of kissing on Instagram.

However, in June of 2022, there were rumors that the two has broken up as they unfollowed each other and deleted all the posts related to each other from their Instagram.

After the separation from Oliver, there is no news of Melanie being in a relationship, and linking up to anyone.

She has not revealed her plans of marriage, engagement, or babies either.

So we can assume that she is single right now and focusing on building her career. 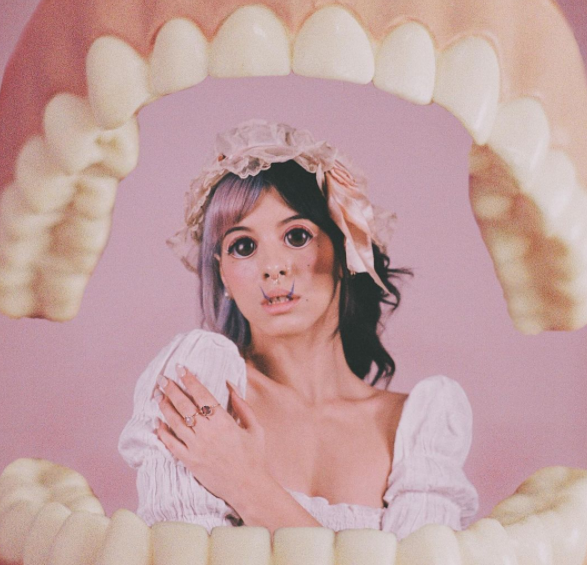 Her father Jose is of Dominican descent and her mother Mery is of Puerto Rican descent.

Besides that, we have no information regarding their career path and whereabouts.

Also, Melanie has not revealed anything about her siblings. So, we can assume that she could be the only child of her parents.

The allegation against Melanie Martinez

Timothy Heller who is a former friend of Melanie Martinez allegedly accused Melanie of sexual assault and rape via a tweet on December 4, 2017.

This tweet got a quick response from Melanie replying that she is disheartened by the blame as everything happened on both’ consent.

Melanie then thanked her fans for supporting her and taking a stand against her against false accusations of Heller through a tweet on December 9, 2017.

Many believe that Melanie’s song Piggyback released on SoundCloud is the response to the false accusations by Heller.

Net Worth of Melanie Martinez

She earns most of her income from her music career, social media sponsorships, directing, screenwriting, brand deals, ads, and paid sponsorships.

As of 2022, her net worth is estimated to be $8 million approximately.

Now, let’s know some of the lesser-known facts about Melanie Martinez.

Melanie’s real hair color is brown which she colored half blonde and half black before auditioning for The Voice.

Is Melanie Martinez in a relationship?

Melanie Martinez is happily single and not dating anyone as of 2022.

Melanie’s ethnicity is mixed as she is half Dominican and half Puerto Rican.

K-12 was filmed on location in Budapest, Hungary.

Will Melanie Martinez tour in 2022?

Melanie Martinez is currently touring across one country and is said to perform in the upcoming two concerts.

Check out the music video of Melanie Martinez’s first song Dollhouse down below: