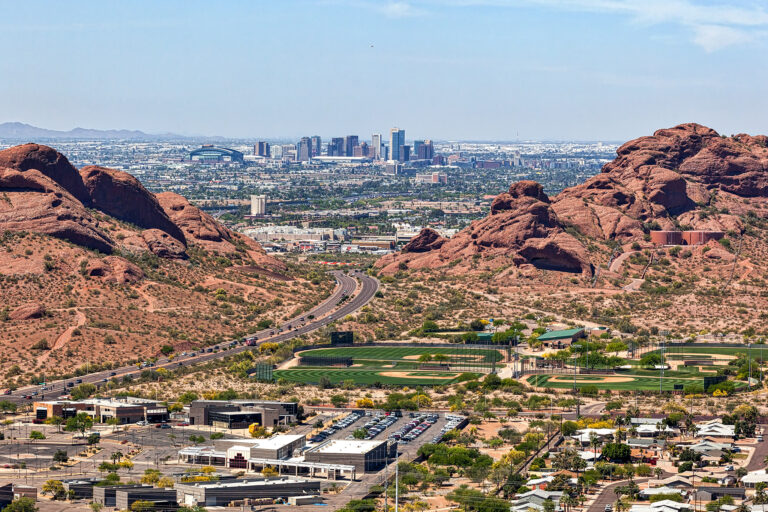 The Phoenix Metro Area in Arizona is the ultimate depiction of a hot market. Over the past years, the area has experienced unmatched interest from companies looking to relocate. Additionally, there has been a great influx of individuals, especially from California.

We are all aware of the high operation costs in America, which are taking a toll on most businesses. It begs the question: where can businesses that seek to cut costs relocate? That is where Arizona comes in. The state offers lower taxes to businesses, and hence it is an ideal place for businesses looking to cut costs. Also, the state offers a pipeline of highly skilled labor coupled with high levels of technology.

As a result of the great tax incentives, skilled labor, and high-tech, the area has become a competitive place to set up and grow businesses. The great business environment has led to economic growth, job capital investments, the influx of people and facilities, and many more. Additionally, population growth in Arizona is expected to be the third fastest in the nation, and high employment growth is also expected.

One of the major boosts to the influx of companies to Arizona has been the regulatory policies in California that have impaired the growth of businesses. A typical case of one man’s meat is another man’s poison. The regulations have led notable companies such as Silicon Valley Bank, Lucid Motors, Gainsight, and Weebly to shift their operations from California to Arizona.

Furthermore, the Phoenix Metro Area is gaining the attention of many international companies. For instance, the Taiwan Semiconductor Manufacturing Company intends to set up a Phoenix-area facility. This will result in the creation of more than 1,600 jobs. Further, more multinational corporations are set to join the trend and set their firms in the area.

The growth in the number of industries and companies in Arizona and the influx of people is expected to have an upward trajectory for years to come. Let us look at why that is the case and why companies set up businesses in the Phoenix Metro Area.

The state of Arizona promises a simple and friendly taxation system. Since 2015, the state has put in place measures and directives that have seen the bringing down of taxes. In turn, the state has increased revenues and attracted more companies.

The migration of people and companies into the state has also led to unprecedented economic growth. The tax coffers have also grown bigger thanks to the favorable rates. Arizona State has set its cooperate tax rate at 4.9% of taxable income or $50. In addition, there are numerous tax incentives for businesses. For instance, small businesses received tax breaks during the pandemic. This led to the survival of many businesses that would have shut down.

The state offers more favorable taxes than other states in terms of comparison. For instance, California has set its cooperate tax imposed at 8.84%. Furthermore, some cities in California have a higher combined sales tax rate. For example, Los Angeles has a total combined rate of 9.5%. This is the main reason for relocating companies from California to Arizona.

A right to work state is a state that has enforced legislation that guarantees workers are not entitled to pay dues or any fees to a labor union as a condition for employment. Arizona is one of the right-to-work states. They adopted the system in 1947. This has resulted in eliminating the stranglehold of the labor market by labor unions.

However, it should be noted unions offer numerous benefits to members, such as lobbying and negotiating for better salaries and work environments. In addition, the law ensures unions are responsible for their actions. Members can leave at will if they feel their interests are not being represented accordingly.

The luxury of deciding to join a union or leave at will has led to an increased level of free will. This makes the workers more satisfied and willing to work in the state. Workers can decide if the direction of their union is appropriate and if the unions represent what they believe.

Nothing beats getting high quality of living at affordable rates. Arizona offers workers with high living standards at lower rates than other states. Moreover, real estate is also lower than other cities for commercial purposes.

In Arizona, the class A office space costs around $30.79. On the other hand, rates in California for Class A commercial real estate were at $41 per square foot at the end of 2023. Furthermore, in San Francisco’s Bay Area, the rates were higher than $ 59.

The key factor that makes an area affordable is home prices, with the second factor being how much workers earn. According to the local real estate team The Kay-Grant Group, the median price for homes in Phoenix is $475,000. Additionally, the median household income is $69,100 resulting in a cost ratio to the median wage of 5.98.

Other Western cities offer higher home prices. For instance, San Francisco’s Bay Area has a home price of $1.2 million and a median income of $121,722. On the other hand, the median income in Los Angeles is $67,418, whereas the median house price is $795,000 yielding an 11.8 cost ratio to the median wage.

Therefore, Arizona offers employees a chance to acquire a home at an affordable rate. This is because employees have more purchasing power due to the cost ratio to the median wage. Businesses can also operate at favorable costs because the median wage is not very high. It is a win-win for everyone.

More than ever, Americans are looking for favorable cities that are affordable. This is true especially since the rise in house prices is higher than the rise in wages. The Phoenix Area in Arizona offers an affordable life with a good environment to raise your family. This is why many people have been relocating here.

Businesses will also continue to flock in the Valley as long as they are assured of low operation costs and a bigger bottom line. This is feasible since companies can easily access tech, skilled and educated employees, and lower taxes. As a result, there is an expect a continued influx of more companies and even multinational corporations.