Mahoor Bagheri, the new singer of Iran Mojavez, recently presented modern music in pop style. Apart from singing, he is also active in composing, arranging, and poetry. He started playing the classical guitar at the age of 13 and became a flamenco guitar teacher at the age of 19.

At 17, she started her academic studies in the field of chemistry and reached a high scientific level in this field.

In 2020, she started her official activity in the international market, which brought her good popularity by releasing several singles.

Recently, one of his singles named “Miram” has topped many playlists in Turkey and Iran. In this interview, we will talk about this song and the reason for its popularity with Mahoor Bagheri.

J.K: Hi Mahoor. Where would you like us to start

Mahoor Bagheri: Hi, before I start, I want to thank those who take the time to listen to these conversations. I hope we have a good conversation. J.K: We start from adolescence. How did you get into music? Of course, I gave a little explanation at the beginning of this interview! But everyone wants to hear from you!

Mahoor Bagheri: Perhaps, unlike many families, my family didn’t have a problem with me spending time on music from the beginning. I started learning guitar when I was 13 years old. I remember every time music was playing in our house and there was a guitar solo. I would lose my mind! My parents understood this, motivated me, and encouraged me to learn music and guitar. From then on, music was a part of my daily life until the age of 19, when I was able to have students in the flamenco style.

J.K: excellent! Now why the guitar?

Mahoor Bagheri: I do not know! At that age, a person only follows his interests, not looking for a reason! And the guitar is the most popular instrument in the world!

J.K: Well, let’s go to official and unofficial activities in the music industry! How did you get into this industry?

Mahoor Bagheri: During the days when I was teaching music, I never thought of producing a complete work. But those who were close to me and my students always said that I have a talent for making melodies. In the beginning, I liked making melodies with instruments. Later, I started singing in private and realized that I could have a good voice by practicing. This was the reason for me entering this field!

J.K: When did you become a professional?

Mahoor Bagheri: After that, I took professional singing, composing, and arranging courses with excellent teachers. After these classes, I was looking for people with whom I could create good works and be mentally close with them. I also found good people.

J.K: I noticed that you started your official activity with Iran Mojavez. Did you have a particular challenge to start?

Mahoor Bagheri: My official activity started in 2020. Working in my country, music, has some strange challenges that I don’t want to discuss! But some Record labels and Professional teams pave this path for you. As an artist, it is not your duty to know the market and to know about the policies of the market. Record labels around the world do this. I chose Iran Mojavez for this. After a little inquiry from my colleagues, I realized they have a good background in working with artists at the beginning of their careers.

J.K: let’s get to the point! A song “Miram” from you got an outstanding response and was played the most on the platforms. Can you explain it?

Mahoor Bagheri: As you know, this song was made for a Turkish series, which fortunately has high popularity among my country and the people of Turkey. Of course, two other singles were made for this series, which I will talk more about later. But “Miram”, because it is close to the atmosphere of the series and the Turkish melodies, made people connect with it well. When making music for a movie or series, you must consider all aspects. Like the series genre. When you know the script, you can use the film’s atmosphere in the music. And on the other hand, the accompaniment of the composer, poet, arranger, and all the factors that are partners in this work and to understand the mood in which the music should be made. In my opinion, the reason for the success of this song was these points, which were well followed. 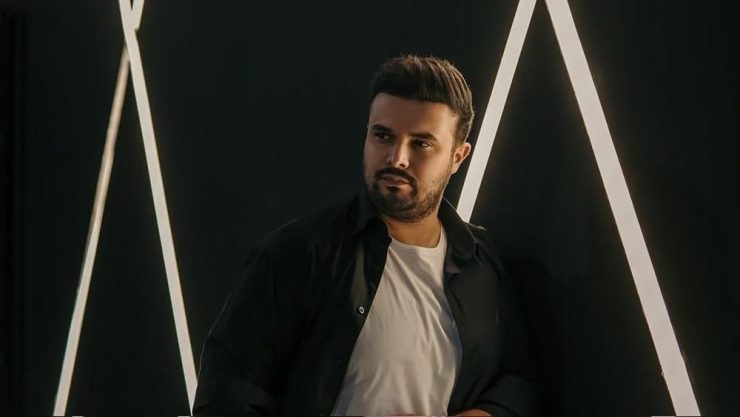 Mahoor Bagheri: Although I am always interested in surprising my fans, I will tell you a little about the program! There are ideas about the album, but it has not reached the production stage yet! The only thing I am sure of is that you will see something different! There have been talks about the concert, but I won’t say more than that! The only thing I can say is that we are working!

J.K: How about a music video?

Mahoor Bagheri: So far, I have tried to make music videos for most of my work. I know the importance of music videos. The pleasure that my audience gets with the music video is much more. This is a proven thing in the world. All artists in the world are trying to present their art in visual form. I am trying the same, and I think I have done a great job so far in terms of the number of music videos. Also, the best feedbacks were from the same songs that had videos. You will see more from me in the form of pictures!

Mahoor Bagheri: Thank you for your invitation, and I was pleased to speak with you. I hope I can give an excellent answer to my audience with my activity. I have always tried to share my feelings with them through my music. And from here, I tell them to wait for good news!