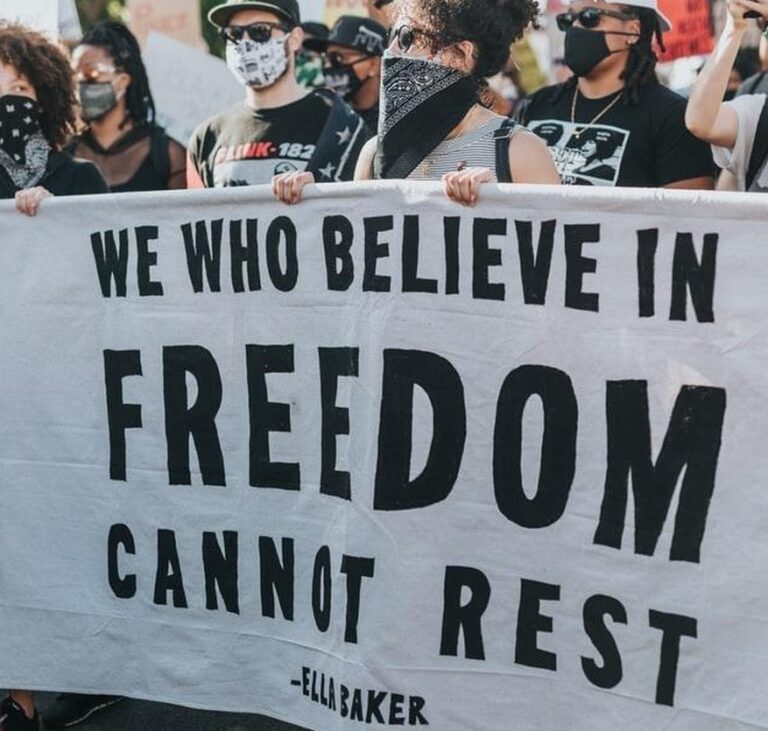 The hashtag soon lit up social media and set off a fight for racial justice that is popular worldwide. But where did it all begin?

The Black Lives Matter movement was launched after the unfair shooting of Trayvon Martin, a 17-year-old African American boy. The young man was fatally shot by George Zimmerman, a neighborhood watch volunteer, while walking home on the night of Feb 26, 2012.

Zimmerman’s acquittal for the murder triggered a lot of anger in the black community. There was a social media uproar and a national debate. That led to the birth of Black Lives Matter the following year.

The Black Lives Matter movement gained momentum in July 2014 when Eric Garner, a 43-year-old African American man, died from an illegal chokehold by a police officer. His last words, “I can’t breathe,” echoed in Black Lives Matter rallies all over the US.

The police officer responsible for Garner’s death was not indicted for his crime. He only lost his job and pension benefits despite his history of misconduct. That caused a lot of anger in the African American community.

Later, in August 2014, Michael Brown, a Missouri teenager, died after an unfair shooting by a police officer. Once more, Black Lives Matter was at the forefront fighting the murder on social media and through angry street demonstrations. Unfortunately, the officer involved in Brown’s murder was acquitted too.

In March 2023, Breonna Taylor, a 26-year-old girl from Louisville, was killed by plain-clothes officers. They barged into her home under the guise of serving a “no-knock” warrant and ended up shooting her. That killing led to mass protests in Louisville and other areas in the US.

Cases of injustice like those of Breonna Taylor and Trayvon Martin continued to happen all over the US. Many of them only resulted in the acquittal of policemen involved or settlement payments. Few police officers, if any, seemed to face criminal charges for their brutality.

It looked like the black community was always protesting the unjust killings of its youth without receiving any justice. However, thanks to the Black Lives Matter movement, things slowly started changing.

Things came to a head in May 2023, when George Floyd, another innocent black man, was killed by Police in Minneapolis. Seeing Floyd lying on the streets with the knee of a white officer at his throat while screaming “I can’t breathe” captured our attention.

Protests erupted all over the US. There was a strong, unstoppable demand for justice. Many people across the US were fed up with systematic racism and unlawful shootings.

The “End Racism” phrase was plastered on social media, during popular events, and on the streets. The racial killings by police officers triggered an international conversation on racial bias that spread worldwide. And the Black Lives Matter movement was at the forefront of it.

It has not been easy for Black Lives Matter supporters to fight for racial justice. We’ve seen many images of riot police officers firing tear gas at protestors. People  lost their lives and there was an estimated property damage totalling $ 2 billion during BLM protests in 2023.

But despite the blood, tears, and losses, the fight against racism and police brutality has not been in vain. Our attention is now on the many unfair and indiscriminate deaths of African American youths at the hands of lawless police officers. We are also better informed on corruption in the US Police departments.

Although laws like the Law Enforcement Misconduct Statute existed before to protect citizens, the continued acts of police brutality have triggered various police reforms. For instance, in 2023, the Justice Department made it mandatory for Federal agents to wear body cameras when making arrests or executing search warrants.

Change has also spread to our communities. Civilian review boards are now more active in many communities all over the US. Their efforts and improved police training has played a significant role in reforming police conduct.

The uproar against police brutality has also forced the US government to create policies that protect citizens against police indiscipline. A good example is the George Floyd Justice in Policing Act of 2023.

The government has also enforced  Section 242 of Title 18, the Deprivation Of Rights Under Color Of Law statute, that protects citizens from deprivation of their lawful rights.  Police officers are now more cautious when performing their duties because they fear harsh consequences.

It also helps to see perpetrators of brutality face some jail time. Of note is the sentencing of Derek Chauvin to 22 and a half years in prison for the death of George Floyd.

The fruits of Black Lives Matter

Today, thanks to the Black Lives Matter movement, people of all races are committed to fighting incidences of racial injustice and police brutality. The US government is also committed to creating a better police force.

Black Lives Matter continues to grow stronger and make its mark in communities all over the US. The organization is also spreading its influence to other countries across the globe.