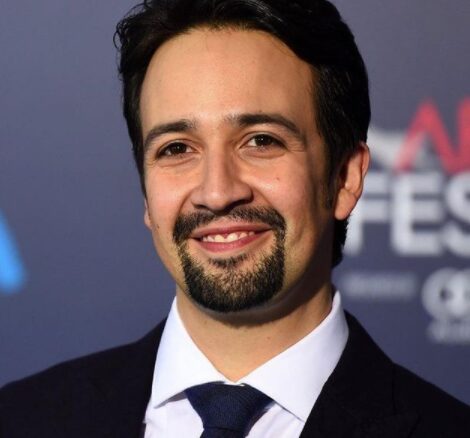 Who is Lin Manuel Miranda?

He is well known for his musical creations, such as Hamilton and In the Heights.

He has won many prestigious awards such as Grammys, Tony Awards, Emmy Awards, Pulitzer Prize, and many more.

Also, he has a huge fan following on social media platforms too.

Today, we will be talking about all of it, Lin Manuel Miranda’s age, height, relationship, net worth, and even more in this article. 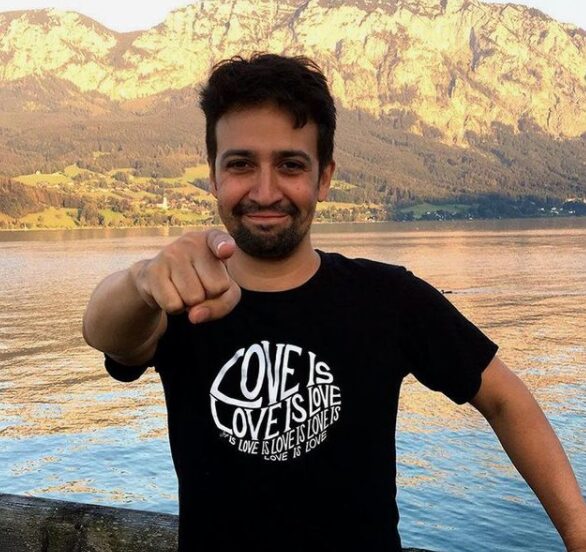 He grew up with his sister and used to be around his grandparents most of his childhood.

During his college days, Miranda used to write several plays and act in the school plays.

As for his higher studies, he graduated from Wesleyan University.

During his sophomore year, he wrote the musical In The Heights in 1999.

Also, he wrote and directed different musicals at his university and acted in them too.

Now, let’s know the beginning of Lin Manuel Miranda’s career and his achievements so far. 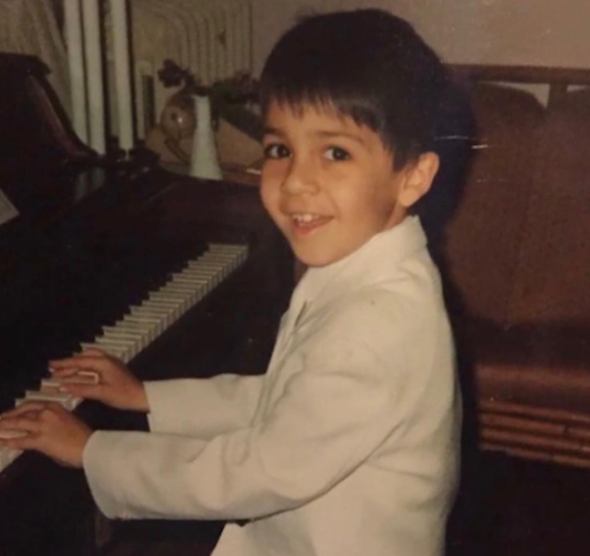 The career of Lin Manuel Miranda

In 2002, Miranda and director Thomas Kail worked on the musical In The Heights and released it at the 37 Arts Theatre Off-Broadway in 2007.

It was a huge hit and got nominated for 13 Tony Awards, won four of them for the categories Best Musical and Best Musical Score.

Not only that, it earned the Grammy Award for the Best Musical Theater Album too.

Even Lin got nominated for his lead role as Usnavi in the musical for Tony Award for Best Actor in a Musical.

He also joined the tour in San Juan, Puerto Rico, and rejoined the cast of Broadway production until the production was closed.

During the time of no musical production by him, Miranda worked as a teacher and worked for Manhattan Times as a columnist and restaurant critic.

He created music for commercials and ads for companies too during those years.

In 2011, Lin worked on producing music and lyrics for the musical Bring It On: The Musical.

After that, he started working on several theatres plays like Merrily! We Roll Along, Bigger, 21 Chump Street, Tick, Tick… Boom!.

In 2015, Miranda released his biggest hit project ever, Hamilton. He had been working on it since 2008.

Also, he had created a short rap about Hamilton, which was inspired by Ron Chernow’s biography written by Alexander Hamilton.

Hamilton was a great success, and it earned massive popularity and net margin.

Miranda won Tony Awards for Best Original Score and Best Book of a Musical and received a nomination for Best Actor in a Musical.

In May 2016, Miranda got the Drama League Distinguished Performance Award.

The musical was performed by the cast in the White House and other workshops.

Alongside Jeremy McCarter, Miranda published Hamilton’s book: The Revolution, which has everything about Hamilton’s journey from starting to success.

Miranda has written and produced music for movies like Moana, Star Wars: The Force Awakens.

He has done the voice acting for DuckTales and Mary Poppins Returns.

Then, he contributed his music and wrote a song for the Disney series Star Wars: The Rise of Skywalker in 2019.

In June 2022, the adapted film In The Heights with the same name was finally released with several previous delays.

However, Miranda didn’t play the role of Usnavi in the film as he felt he was too old for the role, so he played the minor role of Piraguero and co-produced the movie instead.

In August of 2022, Miranda starred in the Sony Pictures Animation film Vivo.

As for the director’s career, he debuted through the movie Tick, Tick… Boom! which will be releasing soon on Netflix.

Miranda has been working on the music of the film The Little Mermaid (2023) since 2016, and he has also co-produced the film.

It was announced during the time of 2016 that Miranda would be working as an executive producer and composer of the underproduction fantasy trilogy The Kingkiller Chronicle.

Besides theatre plays and movies, Miranda has worked on several TV series too.

Around the time of 2007 to 2013, Miranda played small roles in series such as The Sopranos, House, Sesame Street, Modern Family, No Do Harm, and How I Met Your Mother.

He performed an emotional rap on the TV show Last Week Tonight With John Oliver on April 24, 2016.

On October 8 of the same year, he got to host Saturday Night Live and participated in Curb Your Enthusiasm.

He got nominated for two Emmy Awards for his appearances on those shows.

He also appeared for the role of David Santiago in the hit series Brooklyn 99.

As for his production works, he teamed up with Norman Lear in 2018 to produce the American Masters documentary Rita Moreno: Just a Girl Who Decided To Go For It.

The documentary is based on the real-life story of Puerto Rican actress Rita Moreno which premiered at the 2022 Sundance Film Festival.

Likewise, in 2019, Lin worked as an executive producer on the series Fosse/ Verdon.

The series focuses on the relationship of the Broadway dancer/choreographer/director Bob Fosse and his wife Gwen Verdon, who is a dancer by profession.

Miranda also starred in the show playing the role of Roy Scheider from All That Jazz.

The audience loved the series, and Miranda’s work was praised a lot.

It ultimately earned him a nomination for Primetime Emmy Award for Outstanding Limited or Anthology Series.

In 2019, Lin was featured in the fantasy trilogy His Materials.

As for the present, Miranda, alongside other singers, wrote the song Checks and Balances sung by Benjy Brooke in the Netflix animated series We the people. 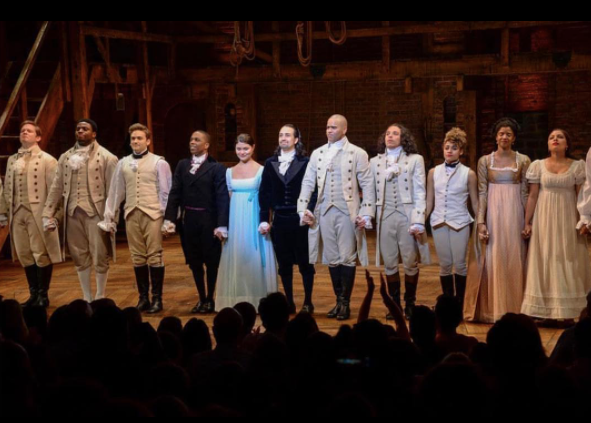 Miranda loves Puerto Rico as he is a Puerto Rican and is actively participating in anti-gun violence rally, the charity for reconstruction, donations, and many more social works.

Regarding Miranda’s hobbies, we do not have any information. We will update you about it as we get any details.

As for his current residence, he is currently living with his family in New York City.

In an interview, he revealed that his favorite food is Chicken Pad Thai, and he could eat it anytime.

They got married in 2010 and have two sons named Sebastian and Francisco together.

His wife, Vanessa Nadal, was a former lawyer at the law firm Jones Day.

We have no information about Vanessa’s current profession. 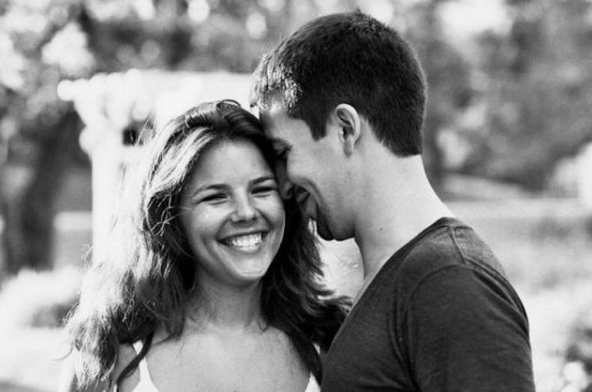 His father Luis is a Democratic Party Consultant, and his mom Luz Towns is a clinical psychologist.

Regarding his siblings, he has an elder sister named Luz, who is the Chief Financial Officer of the Miriam Group.

Miranda was quite close to his Puerto Rican grandparents and used to visit them at least one month each year during his teen days.

Throughout his career, Miranda has been nominated for many prestigious awards and has even won them.

He has won three Grammys, two Emmys, two Olivier Awards, and a Pulitzer Prize and earned a nomination for an Academy Award for his works in theatre plays.

For his musical Hamilton, Miranda received the Kennedy Center Honors in December of 2018.

Again in 2019, he was awarded the Portrait of a Nation Prize by Smithsonian National Portrait Gallery.

Talking about the honorary degrees received by Miranda, in 2009, he became the youngest person to receive an honorary degree from Yeshiva University.

In 2015, his former university Wesleyan University presented him with the honorary degree of Doctor of Humane Letters.

Then in 2016, he received an honorary Doctorate of Arts from the University of Pennsylvania.

Net Worth of Lin Manuel Miranda

Miranda earns the majority of his income from his musicals, producer, director career, singing career, and playwright career.

His musicals success has earned him millions of net worth.

From Hamilton, Miranda earned 3% royalty on each performance which let him gain $12.7 million by July 2017.

With his successful career in the music, movie, TV, and theatre industries, Miranda has earned quite a fortune for himself and his family.

As of 2022, his net worth is estimated to be $80 million approximately.

Now, let’s know some of the unknown or lesser-known facts about Lin Manuel Miranda. 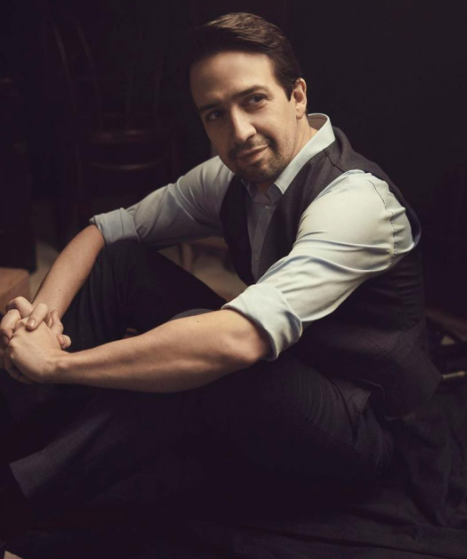 What is Lin Manuel Miranda’s ethnicity?

He has always shown love for his Puerto Rican people and worked for their welfare for many years.

What happened to Lin Manuel Miranda?

Miranda is wonderful and is currently working on his upcoming projects. According to him, he is all set to work in a new musical.

Yes, Lin is one of the industry’s wealthiest music and movie artists, whose net worth is approximately $80 million as of 2022.

Is Lin Manuel Miranda a descendent of Hamilton?

No, he is not a descendent of Hamilton and is not related to them. However, he has met them personally.

Check out a random video of Lin Manuel Miranda down below: