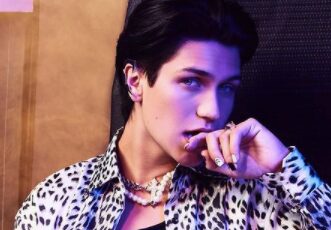 Who is Lil Huddy?

He is popular for being previously in a relationship with Charlie D’Amelio.

Not only Charlie, but he also got popular on the TikTok platform with lots of hype for his e-boy fashion style and subculture.

According to Billboard, he is one of the top 10 music influencers in TikTok, with over 31.9 million followers.

He’s one of the most followed personalities on the platform of TikTok.

Due to his increasing personality, he has over 2.25 million subscribers on his self-titled YouTube Channel.

In interviews, Chase has always talked about having an interest in music and how he wants to pursue his career in Music.

Today, we will be getting a little deeper into the details regarding age, height, weight, breakups, songs, family, net worth, and even more of Chase Hudson.

Where was Lil Huddy born? Huddy was born in Stockton, California to teachers Cole and Tamora Hudson. He grew up with his two sisters named Marlena and Karissa.

Currently, he is living in his hometown only.

Huddy stated that he was bullied during his teen days which led to him becoming suicidal.

Ultimately he had to join online schooling. Hence, there’s no information about his previous school.

For his freshman and sophomore years, he joined Bear Creek High School. After that, he moved back to online schooling to pursue his social media career.

He took three extra classes per semester to graduate earlier in his junior year.

What is Lil Huddy famous for? Before getting viral on TikTok, Huddy used to make videos on his self-titled YouTube Channel.

In an interview with Upset Magazine, he talked about being insecure about his voice during his teen days. This made him join Musical.ly now rebranded as TikTok and do lipsync videos.

Eventually, people started liking LilHuddy and he was gaining popularity.

With the increasing popularity, it became a hassle for Huddy to maintain everything so he turned to online schooling.

He said in the interview that he has always been interested in music as a kid and he wants his audience to love his voice and creativity in the music industry.

Talking about his fame on TikTok, he co-founded a popular TikTok group called The Hype House where he teamed up with many other TikTok stars.

Huddy and Charlie’s duet videos on TikTok were always loved by their fans. The couple began dating in 2022 and broke up a few months later.

In TikTok, more than 31 million people follow LilHuddy with over 1.6 billion likes on his videos.

Also, he has over 2.25 million subscribers on his YouTube Channel with a total of over 59 million views on his videos.

In his interview, he revealed that his debut album is based on heartbreaks he went through in high school time.

Not only that, he is quite popular on Instagram too with over 11.7 million followers. There, he often shares his daily life photos, pictures with his co-artists, friends, and members from The Hype House.

Huddy also made his debut in a musical movie named Downfalls High recently in Jan 2022. The movie is directed by Artists Machine Gun Kelly and Mod Sun.

Huddy also made his debut in a musical movie named Downfalls High recently in Jan 2022. The movie is directed by Artists Machine Gun Kelly and Mod Sun.

Also, he has the merch line of his name. Recently in 2022, he collaborated with glamnetic and release his very first nail line

He has dark brown eyes and brown hair. His zodiac sign is Taurus.

He is an American by nationality and his ethnicity is white.

His religion is Christianity. Huddy has always been active in sports since his childhood, however, he has no interest in pursuing a career as an athlete.

In an interview with Euphoria, he stated that he really admires Avril Lavigne, One Direction, Travis Barker, and others too.

Who’s Lil Huddy’s girlfriend? As of 2022, it’s not confirmed that if Huddy is dating anyone.

He dated Cynthia Parker for short time in 2019.

In 2022, he went viral for dating a famous TikTok star Charlie D’Amelio.

However, the two broke up after dating for few months.

It was rumored that they broke up as D’Amelio was underage during that time. However, both haven’t said anything about it.

He has two older sisters Karissa Hudson and Marlena Hudson who are also TikTok content creators.

On his social media, you can see lots of posts and videos where he shows his love for his parents. He has often made videos with his mum on his Youtube Channel.

Before shifting back to his home, Huddy used to live with his members in Hype House.

How much is Lil Huddy worth? Lil Huddy is one of the famous social media personalities.

Despite being so young, he has achieved an immense amount of popularity in a short period of time.

Huddy’s primary source of income is from TikTok, Youtube, and brand deals and endorsements.

He also earns from his merch line and nail line which is in a collaboration with Glamnetic.

Where does Lil Huddy get his clothes?

In a video, Lil Huddy revealed that he shops often in Grailed. He also visits flea markets on weekends for some of his stuff.

Yes, they are very much real.

Where to watch Lil Huddy’s movie?

Huddy made his debut in the movie Downfalls High which is directed by Machine Gun Kelly and Mod Sun in Jan 2022. You can watch it online on Youtube.

Check out the recent music video of Don’t Freak Out from Lil Huddy’s YouTube Channel down below: