Glastonbury is many things to many people. For some festivalgoers, it’s all about the music atmosphere. For others, they’re there to see some of the biggest artists in the world. Then there are those who really enjoy taking a look at some of the up-and-coming acts.

Sally Howell, the organiser of the Croissant Neuf area, is responsible for giving Ed Sheeran his break back in 2011. Speaking with Betway about her area at Glastonbury, and how it’s different to others, she had this to say: “We gave him an opportunity on the bottom rung of the ladder and that’s really what Croissant Neuf is about”.

Of course, a million miles away from the upcoming artists at Croissant Neuf, you have the headliners, and then you have the legends.

With the exception of the headline performance, the legend slot is the most coveted gig during the whole of Glastonbury. When you consider the big names that have filled this slot previously and the fact that it’s Diana Ross this year, you can see why it’s a big deal.

The legend slot is now often referred to as the ‘Glastonbury Sunday Legend’. As this name suggests, the slot takes place on the Sunday during the festival. The idea is that you can pick the biggest legends in the industry, pop them onto the Pyramid Stage on Sunday afternoon, and wait for the audience to go wild. This simple formula has certainly been successful over the years.

How did the Glastonbury Sunday Legend come about? 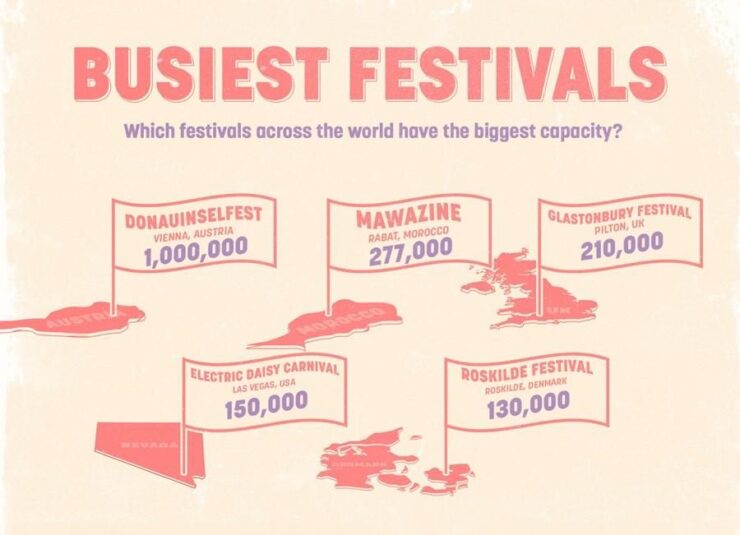 The term ‘Sunday Legend’ is actually quite a recent one. The truth is that a normal part of the overall festival involved some of the biggest names in music rubbing shoulders with the newer generation. This would often take place on the Pyramid Stage, and it wasn’t given a particular name: it was just something that happened.

It was back in 1994 when a certain Johnny Cash graced the main stage late on a Sunday afternoon. The next year, it seemed like seeing big names at this time was already becoming a tradition as Jimmy Page and Robert Plant (of Led Zeppelin fame) did the same.

However great all of these performances may have been, it was Tony Bennett who made the Sunday Legend an actual thing and something that was then to become a regular feature. Bennett took to the Pyramid Stage following the performance given by Space and just before Sonic Youth entered.

As the veteran crooner, Bennett did something that some stars struggle to do at Glastonbury: he brought the whole crowd together. It was this performance that set the standard and by which every other Sunday Legend spot has been judged since. There have been some truly stunning acts since, so let’s take a look at a few of these.

Kylie took the legends slot at the last Glastonbury before Covid took hold. Perhaps unsurprisingly, when she took to the stage, it became the most-watched moment of the 2019 festival. Kylie has long held massive appeal from the days of her early hits in the 80s right up to the present day. It’s little wonder that she proved so popular as filled the legend slot.

The Bee Gees were one of the acts that will forever be remembered. As the sole serving member, Barry Gibb took to the stage as 2017’s Sunday Legend. The year before this, he had put in a surprise performance as he supported Coldplay. When you look at a set list that includes the likes of Jive Talkin’ and Tragedy, it’s clear why Gibb was sought to fill the legends spot.

For anyone who is chosen to fill the legends spot, it is seen as being somewhat of an honour. What crows this honour is seeing how you’re received by the crowd. It’s fair to say that the crowd loved and lapped up everything that ELO had to offer. By the end of the set, the band’s leader got slightly emotional as he saw the crowd’s response. Songs such as Mr Blue Sky show why ELO deserved its place on the Pyramid Stage.

Richie took to the stage with a mix of his solo hits and those of the Commodores. Songs such as Dancing on the Ceiling, Hello, and All Night Long delighted the Glastonbury crowd. Richie has such an extensive back catalogue that the classics just kept on coming.

When it comes to musical performers, do names get any bigger than Dolly Parton? Recognised by many for her hit ‘9 to 5’, there are a whole host of other hits that are worthy of the same amount of praise. The likes of ‘Jolene’, ‘Here you come again’, and ‘Islands in the stream’ all jump to mind.

One of the highlights of Parton’s appearance had to be her cover of the Bon Jovi classic, ‘Lay your hands on me’. What really topped this off was the guest appearance of Bon Jovi’s guitarist, Richie Sambora.

It was back in 1992 that Tom Jones took to the Pyramid Stage at Glastonbury. Although he was clearly already a legend, this appearance hadn’t been an official legend slot. It would take 17 years for him to return and take that honour.

His set certainly didn’t disappoint with hits such as ‘What’s new pussycat’, ‘Mama told me not to come’, and the iconic ‘It’s not unusual’ all included.

For the artists themselves, being chosen for this spot is a sign of recognition. A sign that they have done something special in terms of their music. Either that or it means that they’re getting on a  bit!