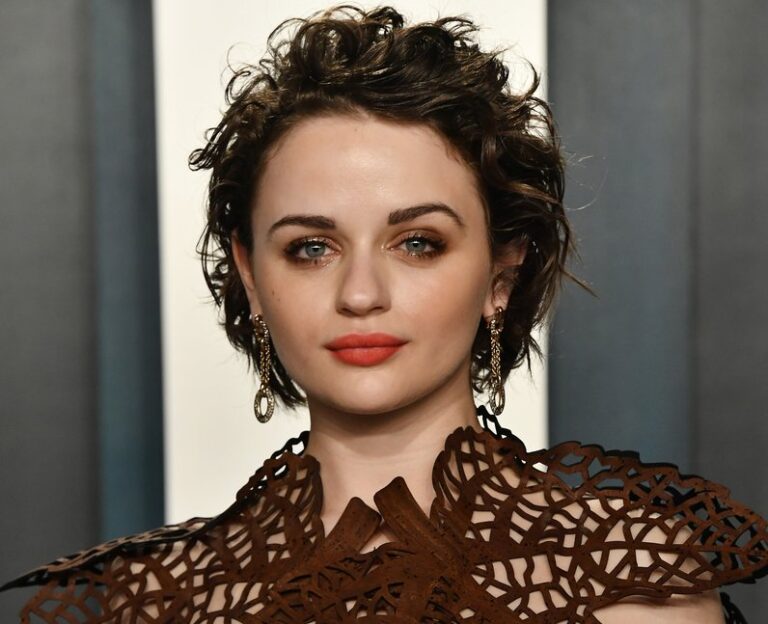 Who is Joey King?

Joey Lynn King, known as Joey King is an American actress. She is well-known for her role in the comedy film “Ramona and Beezus.”

She gained more popularity for her lead role in the movie “The Kissing Booth” and its two sequels.

Joey was praised for her remarkable acting in the crime drama series “The Act” where she played the role of Gypsy Rose Blanchard.

Her rising fame in the film industry rewarded her with more popularity on other platforms too.

She has over 19.1 million people following her on Instagram.

Not only that, she’s equally popular on TikTok with over 9.7 million followers and a total likes of 53.3 million.

Today, you will get to know more about her, her height, age, relationship, career, family, net worth, and more.

Where was Joey King born? Joey was born in Los Angeles, California to her parents named Terry King and Jamie King.

She grew along with her two sisters Hunter King and Kelli King.

At the age of 4 only, she started acting in different commercials beginning with a commercial for Life Cereal.

She has also been featured in many commercials for AT&T, Kay Jewelers, and Eggo.

Talking about her education, she went to Phoenix Ranch School in Simi Valley.

Joey was talented since her childhood and used to take part in singing and acting.

She sang a capella for a talent show at the Simi Valley Cultural Arts Centre. Not only that, she performed at the Stage Door Children’s Theatre in Agoura.

Her sisters Hunter King and Kelli King are also actresses by profession.

What is Joey King famous for?

Joey King is a renowned actress popular for her roles in movies and series.

Joey played the role of the main character in the movie Reign Over Me which was her debut movie.

Also, she voiced different characters in animation movies such as Ice Age: Dawn of the Dinosaur (2009) and Horton Hears a Who! (2008).

She also made an appearance in the horror movie Quarantine.

In 2010, she starred as a guest appearance in the series The Ghost Whisperer.

Her cameo in two episodes of Suite Life of Zack & Cody made her popular.

Joey finally had her first big break in 2010. She got her lead role in the film Ramona and Beezus alongside Selena Gomez.

Furthermore, she released her single for the movie called “Ramona Blues”.

In 2011, she co-starred in the romantic comedy movie Crazy, Stupid, Love. The same year, she made an appearance in the music video of  Taylor Swift’s song Mean.

Then later in 2012, she played the role of young Talia Al Ghul in the movie The Dark Knight rises.

Also, she starred in the short-lived comedy series Bent. She made several guest appearances such as in New girl and The Haunting Hour: The Series, “Goodwill towards Men.”

Later in 2013, King appeared in Oz the Great and Powerful, White House Down, Family Weekend, and The Conjuring.

Her popularity was increasing rapidly and then she starred in Wish I Was Here, and Fargo in 2014.

In 2016, she was cast in The Possibility of Fireflies. She then got another lead role in the horror-thriller movie Wish Upon in 2017.

She also starred in its two sequels. Her acting in The Kissing Booth earned her worldwide recognition.

Recently in 2023, she won the award for People’s Choice Comedy Movie for her lead role in The Kissing Booth.

After The Kissing Booth, Joey got several roles in movies which include her remarkable role in the true crime anthology TV series The Act on Hulu.

For her role as Gypsy Rose Blanchard, she had to shave her head for the third time in her career.

Also, she appeared in the fourth season of the CBS comedy Life in Pieces.

Dan Spilo is the agent of Joey King who represents her. Recently, Joey signed a contract with Hulu to produce TV content and acting materials.

It’s not being that long that her All The King’s Horses production company did a deal with Netflix.

This talented actress is equally famous on social media platforms. Over 19.1 million people follow her on Instagram.

Also, she has over 9.7 million followers on TikTok with a total of 53.3 million likes on her videos.

She has beautiful blue eyes and brown hair. Her nationality is American.

Regarding her ethnicity, she stated that she’s partly Christian and partly Jewish but mostly Jewish.

In an interview with THE NEW POTATO, she talked about how much she admires actress Jessica Chastain.

She stated that she would love to work with her in the future.

Who’s Joey King’s boyfriend? Joey is currently in a relationship with a film director Steven Piet whom she met at the set of The Act.

Before dating Steven, she was rumored to be dating Jacob Elordi who was her co-star in The Kissing Booth.

They never confirmed their relationship, however, their number of photos were circulating in the media in 2017.

Then, in 2018 fans started speculating that the couple has broken up as they were not seen together anymore.

In an interview with Glamour, Joey revealed that she won’t be dating co-stars anymore.

Who are Joey King’s parents? Joey’s father’s name is Terry King and mom’s name is Jamie King. There’s no information regarding her parents’ profession.

She has two elder sisters Hunter King and Kelli King who are also actresses by profession.

How much is Joey King worth? Joey King is one of the renowned actresses.

She has been nominated for many prestigious awards like Emmy, SAG, People’s Choice, etc. Her major source of income is acting and several brand deals.

King is sponsored by many beauty and accessories brands too. She has an approximate net worth of $3 million as of 2023.

Hunter King is the elder sister of Joey King who’s also an actress by profession.

Who is Joey King’s boyfriend?

As of 2023, Joey King is dating Steven Piet who is a movie director. She met him in the set of The Act.

Is Joey King a guy?

Joey King is a famous American actress popular for her roles in The Kissing Booth and The Act.

Check out Joey King’s video on Vogue Channel down below: