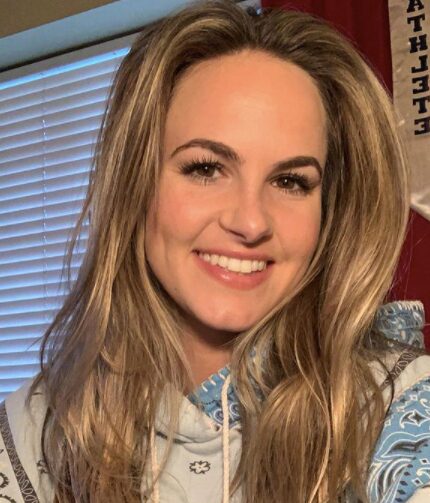 Who is Jenna Bandy?

She is among the women who have a great interest in the game and making a career out of it.

Since her childhood, Jenna is into Basketball. In 2017, she started coaching that girls’ basketball team in Calabasas High School as a head coach.

Jenna broke the Guinness world record for farthest football thrown into a target by a female with an attempt of 30 yards long in Chatsworth, California-based stadium in 2019.

Besides her basketball career, she is quite famous on social media platforms too.

On Instagram, she has over 412K followers and she shares most of her daily life photos, videos, and photos, videos regarding basketball tips.

Similarly, she has her own self-titled YouTube channel with over 217K subscribers and a total of over 27 million views on her videos.

Today, we will be getting to know about Jenna Bandy’s age, height, relationship, career, net worth, and even more. 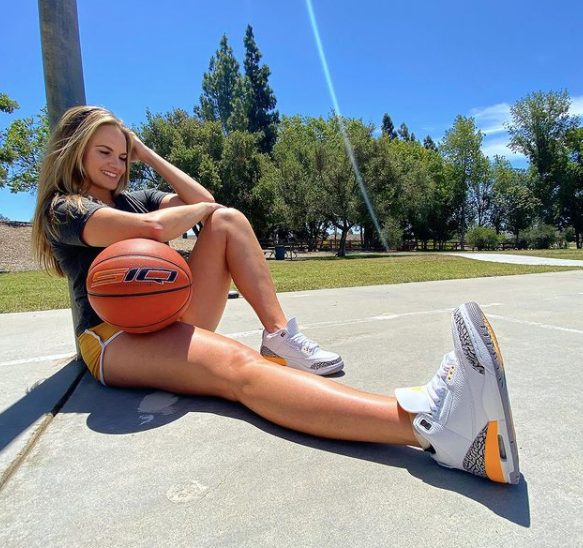 Jenna grew up with her twin brother Jace Bandy, an older brother Jett Bandy and a sister Gia Bandy.

As Jenna’s brother Jett is also an MLB player for the University of Arizona Basketball team, she followed his steps and pursue her career in the same field.

Other than basketball she is a talented football player too, however, she chose basketball for her main career.

She went to Thousand Oaks High School and graduated from California State University with a degree in Communication and Media.

What is Jenna Bandy famous for? Jenna Bandy is a famous basketball coach and social media personality.

Since her childhood, Jenna was into sports such as football and basketball.

In her high school Thousands Oaks High School, she was a varsity starter of all four seasons, two-time All-county and All-conference team.

She was declared as Most Valuable Player(MVP) and best offensive player as she averaged 12 points, 7.1 rebounds, 7.1 rebounds, 2.4 steals, and 2.8 assists per game in her junior season.

During her freshman, she played altogether 23 games. She played 18 minutes against Hawaii Pacific and won by scoring 3 points on Nov 16, 2011.

The same year on Nov 20, she scored seven points in the game against Montana State-Billings.

Then, on Jan 29, 2012, she passed out two assists on three different occasions and averaged four rebounds in a win over Cal State San Bernardino.

Also, she had her first double-digit game with 10 points at Cal State LA and grabbed a career-high eight rebounds in a win over Cal State Stanislaus on Jan 20.

After graduation, she started to play as a professional basketball player.

Unfortunately, she had a devasting knee injury at San Francisco State during the game on December 1, 2013.

However, she completed the season. She collected total points of 152 and 223-point field goals by finishing that season.

But, she again suffered a knee injury and decided to retire as a basketball player. In 2017, she started coaching the girls of Calabasas High School.

Currently, she is a basketball coach at Moorpark College part-time since 2019. 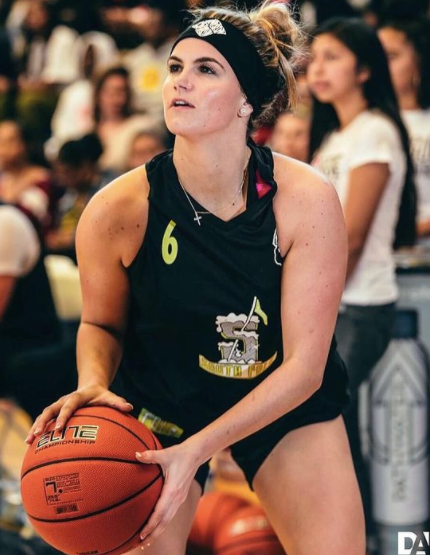 Also, Jenna is a Guinness Book Record Holder for farthest football thrown into a target by a female with an attempt of 30 yards long in Chatsworth, California-based stadium in 2019.

She and her squad has broken a total of six Guinness Book records.

Besides her basketball career, Jenna is famous on social media platforms too. She has over 412K followers on her Instagram account.

Regarding her YouTube career, she has earned over 217K subscribers till now and has over 27 million views on her videos. 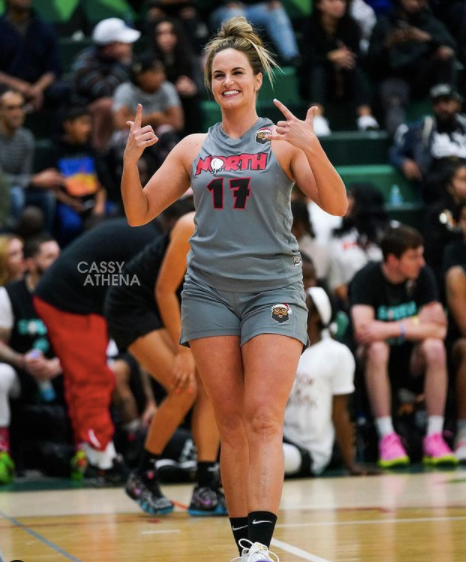 How tall is Jenna Bandy? Jenna has a beautiful muscular body with a height of about 5 feet 8 inches or 177 cm.

She weighs about 66 kg or 146 pounds. Her zodiac sign is Libra and she’s American by nationality.

As for her ethnicity she’s white however there’s no information about her religion.

Jenna loves animals and has dogs as her pets.

Also, she loves eating foods especially ones with no vegetables.

Kobe Bryant is her favourite basketball player and she has also practiced with him several times.

Who is Jenna Bandy’s boyfriend? Jenna Bandy is a sports enthusiast and lively person.

She shares her daily life photos videos of herself and with her family and friends on social media.

However, she has kept information about her life quite away from the spotlight.

Hence, there are no news of her linking up with anybody.

So we can assume she’s currently happily single as of 2022.

Who are Jenna Bandy’s parents? Jenna was born in Thousand Oaks, California to her parents John Bandy and Sheryl Bandy.

However, their profession and whereabouts are still unknown to us.

She has three siblings one being her twin brother Jace, another elder brother Jett and a sister Gia Bandy.

Her elder brother Jett Bandy is also a MLB catcher at the Arizona University Basketball team.

There is no information regarding the profession of her other two siblings Jace and Gia.

What is the net worth of Jenna Bandy? Jenna Bandy is a bonafide basketball player, coach and famous social media personality.

Bandy earns a majority of her income from her basketball coaching career, social media sponsorships and brands endorsements.

Her net worth as of 2022, is estimated to be approximately $1 million.

Now let’s know some of the unknown facts about Jenna Bandy.

Check out the most recent video of Jenna Bandy from her YouTube Channel down below: