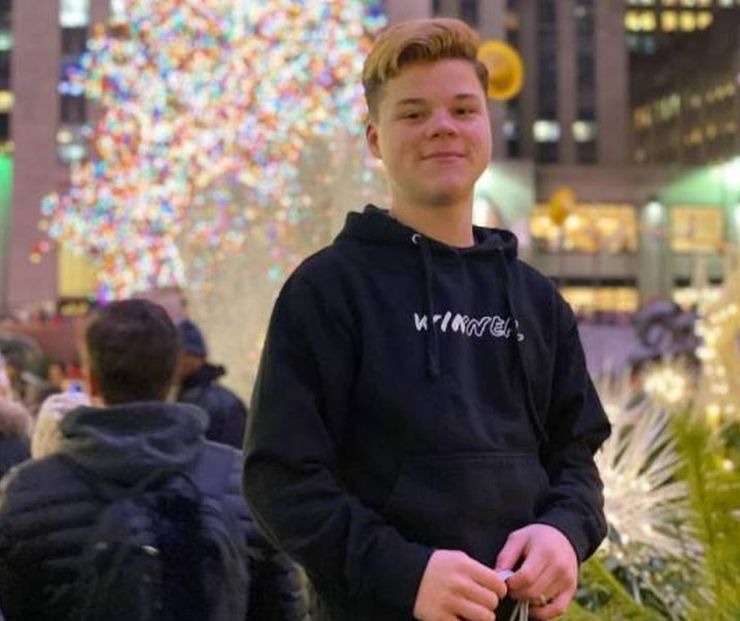 Who is Jack Doherty?

Jack Doherty is an American YouTube star and prankster known for his stunts, challenges, pranks videos.

He has his self-titled YouTube channel. There, he posts mostly videos of vlogs, pranks, 24 hours challenges, challenges in random places especially in Walmart, etc.

His most viewed video on his YouTube Channel is “I flipped all of these” which has over 28 million views right now.

Today we will be learning about age, height, career, controversy, family, relationship, net worth, and even more about Jack Doherty. 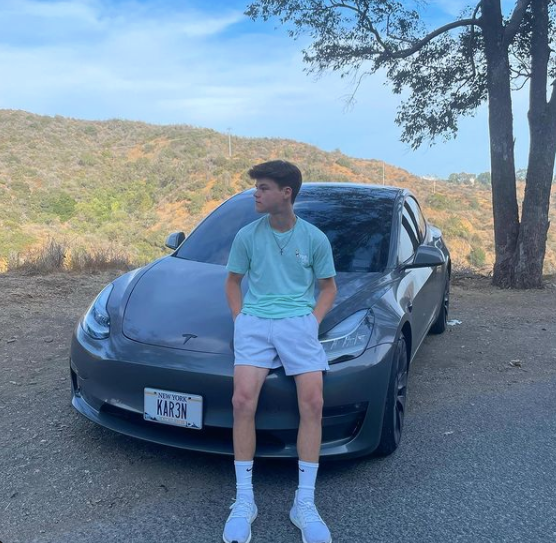 Where does Jack Doherty live? Jack currently lives in Sea Cliff, New York with his family.

Jack grew up with his brother Michael in Long Island, Newyork.

There’s no information about Jack’s early schooling. As for his high school, he went to North Shore High School and just graduated from there in June 2022.

In an interview with DIsrupt Magazine, he revealed that his parents expected him to be an athlete in the future.

However, he ended making YouTube videos instead and eventually made his career.

His parents supported him no matter what and aspired him to do good on YouTube and follow his passion.

Now let’s get into his career’s beginning and his achievements so far.

He started his self-titled YouTube channel on July 14, 2016. Mark earned his first 200 subscribers after uploading a video titled “Marker Flip Twice in Row!!!”

Then, he started making videos of 24 challenges, pranks, and random challenges in random places especially Walmart.

Soon his popularity started growing and people started enjoying his videos. Jack got more encouraged after that.

His most viewed video on his channel is “I flipped all of these” which has over 28 million views right now.

Jack has many supportive fans who really enjoy his entertaining and funny content.

Right now, he has over 3.25 million subscribers with a total of 526 million views on his videos.

Besides YouTube, he’s equally famous on other social media platforms.

On TikTok, he has 2.8 million followers and a total of 94 million likes on his videos. There, he uploads his daily life vlogs, short prank clips, and funny clips.

Similarly, he has 448K followers on Instagram. On Instagram, he mainly posts his daily life photos and videos, photos with family and friends.

He is a chubby kid with blonde hair and brown colored eyes. Regarding his ethnicity, he is white and his nationality is American.

Jack follows Christianity as his religion and believes in Jesus Christ.

Also, he’s a big fan of the Paul brothers and takes them as an inspiration for his YouTube videos.

Who’s Jack Doherty’s girlfriend? As of 2022, Doherty is currently single and happy.

However, he used to date another social media influencer Samantha Frank back then.

Jack used to make many prank videos with her and record her reactions. The couple broke up in 2022 on good terms.

Right now, both of them are good friends and hang out together sometimes.

There’s no information regarding their profession.

He has a brother named Michael Doherty with whom he grew up in Long Island.

Currently, his family is living in SeaCliff of New York.

At the age of just 17, he’s a self-made millionaire and earns approximately 13.8K monthly from YouTube.

His majority of income is from his YouTube videos and paid sponsorships.

Also, he has his own merch line of “Shutup Karen” which he recently released in December 2022.

As of 2022, his net worth is estimated to be $1 million approximately.

What are the top controversies of Jack Doherty?  Despite his massive fan following, Jack has been receiving criticisms like his idols, Jake and Logan Paul.

People lash at him for being rude, arrogant, and crossing limits for the sake of views.

Also, he recently got into a scandal after appearing in Dr.Phil Show as a guest.

Jack got under fire for being too arrogant and disrespectful with Dr.Phil. Dr.Phil invited Jack, his brother, and his father to interview them.

The show started with showing a video of Jack pranking his brother by driving his new luxury sports car without his permission and license.

The audience started throwing shade on Jack for butting in Dr.Phil and his brother’s conversation rapidly.

The video resulted in two different sides. Some fans laughed off saying Jack roasted Dr.Phil on his own show.

Some said Dr.Phil has the total right to be upset about Jack and his behavior.

One of the controversial videos on Jack’s YouTube channel is where he calls out a neighbor Karen who called him out for motorbiking on a residential property.

Jack called the lady a Karen and was smart enough to release his own merch of quote saying “Shutup Karen” soon after the incident.

Let’s look into some of the unknown facts about Jack Doherty.

Why did Jack Doherty go on Dr.Phil?

How does Jack Doherty make money?

Doherty earns the majority of his income from his YouTube videos and brand deals. He also has his own merch line of hoodies.

Is Jack Doherty a millionaire?

Yes, Jack is indeed a self-made millionaire with a net worth of $1 million approximately.

Check out the most viewed video of Jack Doherty from his YouTube channel down below: