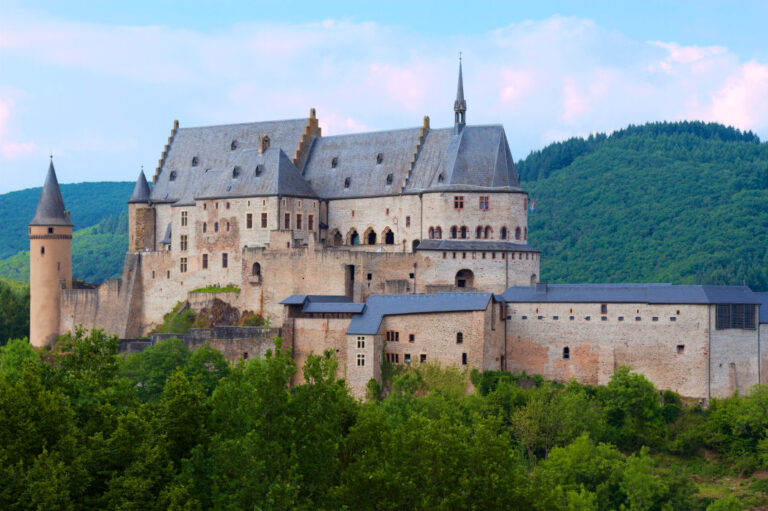 If there is one place in Belgium rich in history and is a popular tourist spot, it is Ardennes. Ardennes is a region of extensive forests which spans an area in Belgium and Luxembourg. Apart from its scenic beauty, it has a lot to offer for history buffs because the forests extend to Germany and France as well.

There are many places to visit that include values and rivers, but the reasons why my history lover needs to visit Ardennes are included in this article. Just read on to know more.

If we go by the room and record, the area had a significant green cover, most of which is lost today. There was even a song in old French about Charlemagne that mentions a lot about the region where Ardennes currently is. It mentions the natural resources of the region and the extensive amount of greenery and rivers from which people drew means of sustenance. If you want a detailed introduction to the Ardennes and its history, click here.

The geographical location of the Ardennes makes it an excellent position for defense and attacks between the European countries. The place has been witness to significant wars and battles during both World War 1 and 2. The Ardennes has been a great location, but military leaders were hesitant and used it during large-scale military operations.

The terrain made it difficult to be considered as a strategic position giving advantage to any particular country. However, it changed during the world war when Germany successfully used the narrow pathways and made rapid progress in reversing this difficult terrain. So far, the place has witnessed three major battles that include the Battle of the Ardennes, the Battle of France, and the Battle of the Bulge.

Even though this place gained military attention during the two world wars, there was a significant loss of natural resources and property. One cannot experience this place as it was before the world war, which is why you can visit this place to get an insight into the history and how it was treated as a strategic position in the early 20th century.

The battle of the Ardennes was fought in August 1914 during the first world war, and the location was France, Germany, Belgium, and Luxembourg. There were French offensive preparations during the war, even though they lost. This battle was a part of the first battle of the Western Front and the first instance when the Ardennes became a place of significant bloodshed.

The Battle of France is also called the French campaign, during which Germany invaded France, Luxembourg, and Belgium. The Ardennes played an essential part because the German units had a surprise invasion through the woods and the valley of the geographical area, which gave them a tactical advantage.

The battle of the bulge happened during World War 2 when Germany attacked the Western Front through the Ardennes. This battle is significant to the history of the Ardennes because it is also called the Ardennes Offensive. Germany was defeated in this war and was forced to retreat. The general area still bears testimony to the offensive, and the terrain was a big reason why the defenders were able to outmaneuver the offensive attacks. The complex and rugged pathways through the German battalion favored the defenders significantly.

Even though the grill cover at Ardennes is significantly reduced there when industrialization and globalization, there is a significant amount of scenic beauty left for people to discover. It is a popular site for hiking, and a lot of tourists engage in the exploration of the crisscrossed paths in the valley. It is perhaps the most non-intrusive way of experiencing the beauty of the sight while also getting a chance to fish in the rivers and catch fishes like trout and pike that are famous in Belgium.

If your focus is on the history of the place, then make sure you visit the Castle of Sedan and the museums in the area. To get a feel of the history, you can also contact a local guide to help you know more about the area while you see it with your eyes.

No shortage of museums and experiences will allow you to experience the violent history of the place. If you are going for history, then make sure you do not miss the war museum, which will give an immersive experience into what it was like experiencing the Second World War first hand.

You can also go into the mine and see how the miners supported industrialization. The art museum is also a great way to pass the time while understanding the culture of the area. Make sure you include all the major attractions to have an idea of what the Ardennes has to offer.

After reading this article, we hope that you found multiple reasons as a history lover to visit the Ardennes. Before you plan a trip, make sure to read up on the basic history of the place, which includes the time of the Romans and the Vikings as well as the recent history. The museums will give you a great idea of the history as it passed so make sure to spend a good amount of time there. And while in the Ardennes, do not forget to have fun and enjoy the scenic beauty.