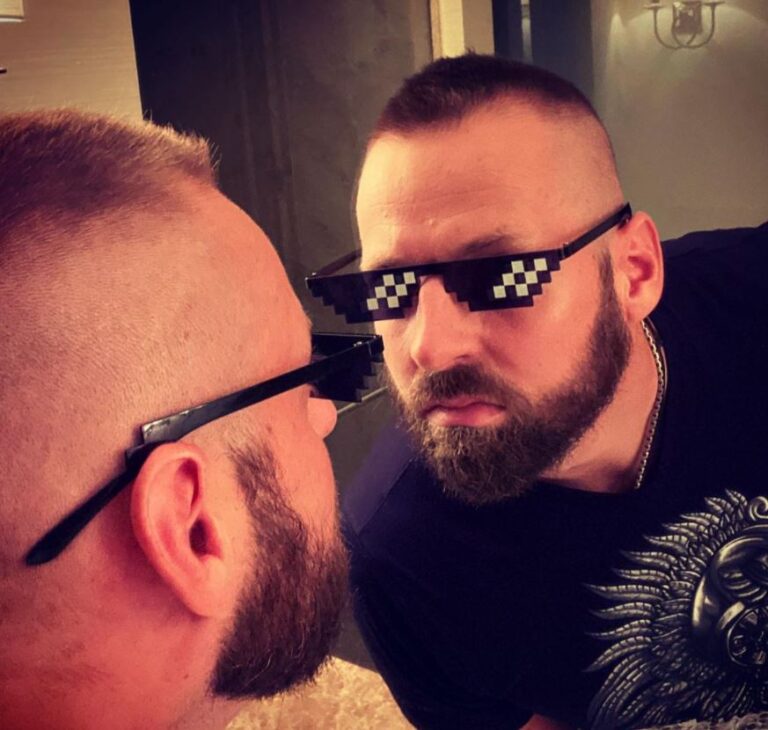 Who is Harald Baldr?

Harald Baldr is a popular YouTuber known for his traveling vlogs all around the world.

He travels to different countries of the world and makes vlogs of things he found during that traveling time.

Also, he describes many things he noticed in those countries he traveled to and doesn’t even edit that much.

Thus, he is known for the many real and honest reviews he makes in his videos.

Harald has his self-titled YouTube Channel with over 2.11 million subscribers.

Currently, there is a total of 286 million views on his videos. He is an adventuristic, creative and outgoing person.

On his YouTube Channel, he uploads interesting videos presenting food, hotels, strange things, nature, religious and cultural events of different countries that he travels around.

People love his videos as they are much engaging also, Harald’s interaction with locals around the world is pretty appreciated.

Similarly, he’s equally popular on his social media such as Instagram.

Today, we will be getting into the details such as age, height, family, relationship, career, net worth, and even more about Harald Baldr.

Harald grew up in a middle-class family and has struggled a lot during his childhood.

He was passionate about traveling and vlogging from a very young age.

At the age of 18, he left his native Norway and started traveling around the world.

In all, he has visited around 70 countries but mainly prefers Kyiv, Ukraine.

Before Harald’s blogging used to be on Politics, Freedom, and economics, but currently, he focuses more on traveling, investments, and women’s life.

He has revealed that he used his student loan to travel around the world and soon he realized his career belongs to raveling and vlogging.

Let’s take a look at Harald’s career and his achievements so far.

Why is Harald Baldr famous? Harald Baldr is a Norwegian YouTuber famous for his minimalist and interesting traveling videos.

Since his childhood, he dreamed of traveling around the world which came true at the age of 18.

He invested all his student loans in traveling the whole world.

After visiting Thailand he started teaching as a lecturer at the university Khon Kaen University. Also, he knows both the writing and oral of the Thai language.

Not only that, he has written many blogs and made videos of riding around a bicycle.

In an interview with Thailand’s Tidende, he was more interested in visiting Thailand even though it has a bad reputation and is considered dangerous.

Also, he said that he cut ties with Norway to get more freedom and travel across the world.

Talking about the journey of Harald Baldr on YouTube, he started his self-titled channel in 2016.

Then, he posted his first video “Piotr’s House Ukraine” which currently has over 197K views.

Harald got famous on YouTube for his very raw and honest reviews and talks and interaction with locals around the world.

Also, he has helped many needy people while traveling for which he is often praised by his viewers.

His most viewed on his YouTube channel is Thailand Green Paradise which has over 13 million views momentarily.

Harald has a massive fan following with lots of viewers from different age categories around the world.

Talking about the present, he has earned over 2.11 million subscribers and a total of 286 million views on his videos.

People admire Harald for being an eccentric person, interacting with people without looking over class, race, or anything.

In 2019, his video of donating a barber from India $400 went viral. However, many criticized him for being fake or making videos that the Indian audience likes.

Despite the hate, Harald has donated money to local people from different countries and has made videos regarding it.

Besides YouTube, Harald is active on Instagram too. He posts his travel videos and photos with different people he meets around.

He has black hair and black colored eyes. Harald was reportedly born in 1976 which makes his age 35 in 2022.

Talking about his health, he is quite fit with a muscular body. Despite traveling around and exploring different foods around the world, he maintains his health and body.

Regarding fitness, he’s very into it and does work out often.

He loves animals and uploads many photos playing around with them on his Instagram.

Who is Harald Baldr’s girlfriend? Harald Baldr is very private about his life and has not disclosed his relationships on social media.

As per the record, he is very much single.

Who are Harald Baldr’s parents? Harald has talked about growing up in Norway with his parents and siblings.

He has disclosed that his family used to be a middle-class family and has struggled a lot during the old days.

However, there’s no information regarding them. His parents’ names and professions are still unknown to date.

Also, Harald has not posted anything about his siblings anywhere.

What are the controversies Harald Baldr got into?

In 2018, Harald posted a video titled India Bus Chaos Jaipur with his friend. In that video, he talked about getting scammed by Indians.

He shows how they got sock-scammed as they bought 6 pairs of socks and one was not there.

However, his viewers were quick to notice that he was hiding the sock under his butt.

This backfired him and people started calling him out for the lie he built up to attract the attention of people.

As of 2019, a video went viral regarding Harald Baldr being fake and a misogynist.

The speaker in the video talks about how he has been exploiting women around the world and talking bad about them.

Also, he was got into a scandal after posting a video of him being attacked in Atlanta.

Many people and YouTubers too pointed out that it was a staged video.

However, Harald has not spoken anything about the scandal to date.

What is the net worth of Harald Baldr? Harald is one of the most famous travel vloggers and a YouTuber.

He’s known for his videos showing his interaction with people around the world.

Harald earns a majority of his income from his youtube videos and paid ads and sponsorships.

His net worth is estimated to be $1 million approximately.

Most of the donations he receives are used in donations for needy people.

Let’s check out some of the lesser-known facts about Harald Baldr.

How many countries have Harald visited till now?

Harald has visited over 70 countries during his traveling years. He loves to explore new places and continues traveling around.

What does Harald Baldr do for a living?

Harald Baldr is a famous travel Vlogger and a YouTuber. He earns most of his income from his youtube videos and paid sponsorships.

There’s no information regarding Harald’s marriage or dating situation. He’s a very private person and doesn’t like to talk much about his family and life.

Check out the most recent YouTube video from Harald Baldr’s Channel: