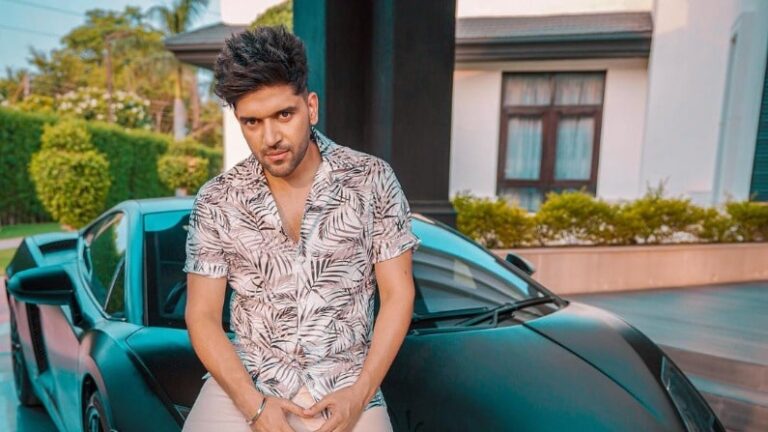 Punjabi songs sure have an amazing kick to them and many famous songs are very popular all across the world. Guru Randhawa has been one amazing Punjabi singer who has contributed a lot to the music scene.

His name is Gursharanjot Singh Randhawa and is a very popular Indian singer, songwriter, and music composer dabbling in the Punjabi, Bhangra, and Bollywood music scene.

His most famous songs are Lahore, Patola, and Naach Meri Rani. His hit debut single was the Same Girl which he released in collaboration with Arjun.

He was born in Nurpur in the Gurdaspur district. He did a lot of shows in Delhi where he sang popular songs and his own. His parents’ names aren’t known, but he has a brother Ramneek who gave a starter push financially to Guru.

Guru Randhawa completed his MBA in Delhi. Since his stage name required a shorter word, he shortened his name to Guru. He was always a lot into music and this soon became his successful career.

His first ever song was called the Same Girl and he did this in collab with Arjun. In 2013, he released a single called Chhad Gayi on YouTube. His brother helped financially in this aspect as he needed to record in a studio. He struggled a lot with the mild successes of his songs until 2015.

Another singer called Bohemia suggested Guru’s name to T-series for launching. He released his song Patola in collaboration with them. It got a whopping 368 million views across YouTube and won the best award for the best Punjabi Duo.

After that, he launched nothing but huge successes like Yaar Mod Do and Tu Meri Rani. He later released Suit with Arjun again and this garnered 441 million views! It was even played in the IPL opening.

He switched from songs to composing and singing for Bollywood movies like Tumhari Sulu and Hindi Medium. He even released Lahore which won Track of the Year and got more than 900 million views on T-series. He then collaborated internationally with Pitbull to release Slowly Slowly and was one of the all-time, most-viewed music videos!

This was just getting him started as he scored yet another collab for Jay Sean. He became super popular and his songs were played a lot on the radio.

A Few Things You Didn’t Know About Guru Randhawa

Guru Randhawa has grown so fast in the music industry after his stint with T-Series and there’s no stopping him!