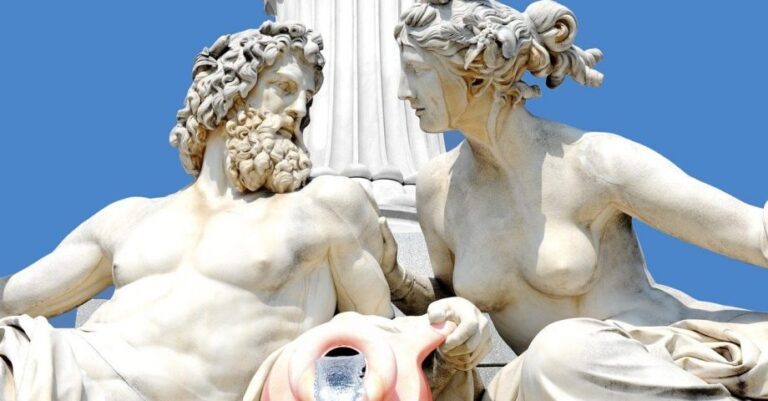 Greek mythology is, undoubtedly, one of the most fascinating concepts out there. The mythology consists of a plethora of interesting stories that have the idea of presenting usual people with heroic messages. In Ancient Greece, people were deeply affected by these, believing there was the will of the gods.

People who know something about Greek mythology know only the surface of the story. The actual one is much deeper than it seems. For instance, there are much more gods and sub-gods than common folk belief. If you’re interested in taking a look at some of these gods, visit motherhoodcommunity.com.

At the same time, the stories are usually much different than people think. That’s why we want to shine a light on some of these stories, and present our readers in their exact shapes. Now, let’s provide you with a couple of some of the most interesting ones.

The first thing we want to point out is that Atlas was the leader of the titans in a war against Olympian gods. For those who know, this war happened because titans wanted to control the universe on their own. However, they ultimately lost it, and all of them were punished.

Atlas, who was the leader, received probably the most interesting punishment of them all. Zeus made him responsible for balancing the earth and the heavens by holding them on shoulders. Even though he was strong enough to do that, this punishment wasn’t without problems.

There’s even a story when Atlas cheated Hercules into keeping this balance instead of him. Ultimately, Hercules cheated the titan and his punishment remained for eternity. Today, Atlas is the term we use to describe world maps we often use when we visit different parts of the world.

One of the traditions of the Ancient World that is still ongoing is the concept of the Olympic games. We all know that they are organized every four years. Naturally, they have solely a sportsmanship purpose. But, in Ancient Greece, this was a religious tradition where contestants celebrated Olympian gods.

Those who were the most successful at certain disciplines were perceived as people who have gods’ affection. Some of them were named generals, even kings. Still, the main point was celebrating gods and their will, which was proven by the results of the games.

Hades, who was the god of the underworld and death, was not such a bad guy. People usually remember Hades from Disney’s cartoon “Hercules”. In this cartoon, he was the main antagonist. Besides that, Hades was often perceived as Christianity’s devil. But, it needs to be said that this wasn’t the case.

For instance, Hades wasn’t the god of the underworld from the start. Instead, three brothers, Hades, Poseidon, and Zeus, agreed on how they will divide the realm. Ultimately, Hades wasn’t as lucky as his brothers were, and he received the task of being the master of death and the underworld.

Furthermore, he had the task of maintaining the balance, which didn’t mean he is responsible for pointing out what souls will come to heaven or hell. Three demigods had this responsibility. For all of these reasons, it is obvious that Hades wasn’t depicted as we see him today.

4. Athens was named after Athena

Anyone who’s visited Greece, and not being in the country’s capital, Athens, has missed on a lot of things. We’re talking about one of the most beautiful cities in the world, which has a lot of history to show to its visitors. What many people don’t know is that city got its name from the goddess Athena.

She is one of the most relevant goddesses in Greek mythology. She appears in numerous stories where she helped heroes defeat monsters by providing them with crucial support and advice. So, Greeks have decided to name their capital Athens. That way, they’re honoring her wisdom and good nature.

We all know that Greek mythology is filled with the appearance of numerous monsters. Just remember the tasks Hercules needed to complete, and how eliminating numerous monsters was a key factor in completing them. Little is known about the fact that pretty much all of these monsters had one mother.

The name of their mother was Echidna. She was a mate of Typhon, and giant serpentine, who wanted to eliminate the Olympian gods, mainly Zeus, and achieve world dominance. However, this task wasn’t successful. Zeus and other gods decided to punish Typhon by imprisoning him beneath the earth.

As a result, Echidna and her many children were hidden and they started to face many human heroes in the future. Many of these monsters challenged heroes like Hercules, Theseus, and Odysseus. As you may know, most of these challenges ended with humans being victorious.

6. Artemis was a Killer

One of the biggest misconceptions people have about Greek mythology is the belief that Ares was the one who urged bloodshed among people. But, when you take a closer look at it, you will not find this to be the fact. Instead, Artemis, the goddess of animals and hunters was the one with these intentions.

There are countless stories when she will ultimately result in bloodshed. For example, she was responsible for the killing of numerous children because their mother insulted her. It needs to be said that this is not the only story of this kind. So, the goddess was perceived as a killer, not Ares.

Ancient Greece’s culture and mythology influenced the world in more ways than we can count. There are numerous scientific programs, food products, financial institutions, cities, etc. that got their name from characters from this mythology.

In this article of ours, we’ve touched on some of the most interesting stories and provided our readers with the exact story. We do not doubt you will find these inputs interesting, and that these may encourage you to read these stories once again, and learn something new.