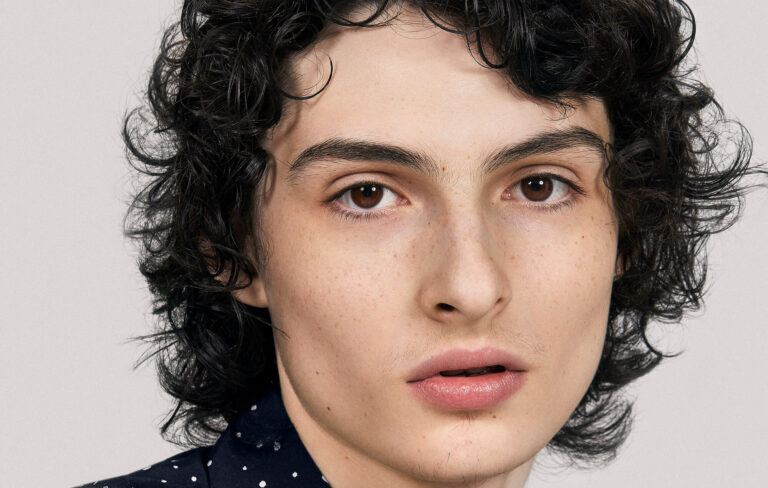 He is famous for his role as Mike Wheeler in the hit Netflix series Stranger Things.

Besides that, he has starred in famous movies such as It(2017) and its sequel, It Chapter Two.

As for his directing career, he debuted with the short comedy movie Night Shifts in 2022.

Finn used to be the lead singer and guitarist for the rock band Calpurnia.

As for the present, he left the band and joined The Aubreys.

He is equally famous on social media platforms, too, with a massive fan following everywhere.

Today, we will be talking about Finn Wolfhard’s age, height, career, relationship, net worth, and even more in this article. 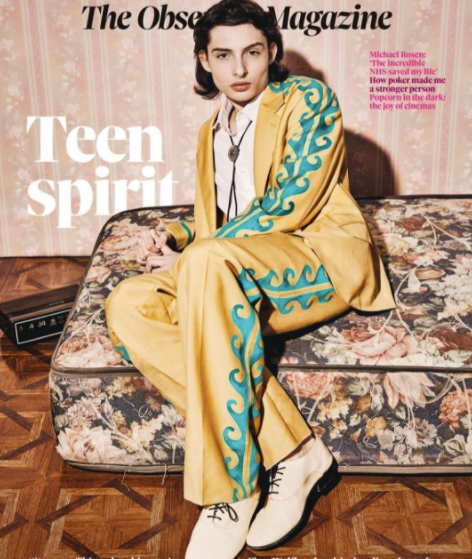 He grew up there with his family and his brother Nick Wolfhard.

Regarding his education, he attended a Catholic School.

However, we have no information about his current schooling level and institute’s name.

Now, let’s move into knowing the beginning of Finn Wolfhard’s career and the achievements he has made so far. 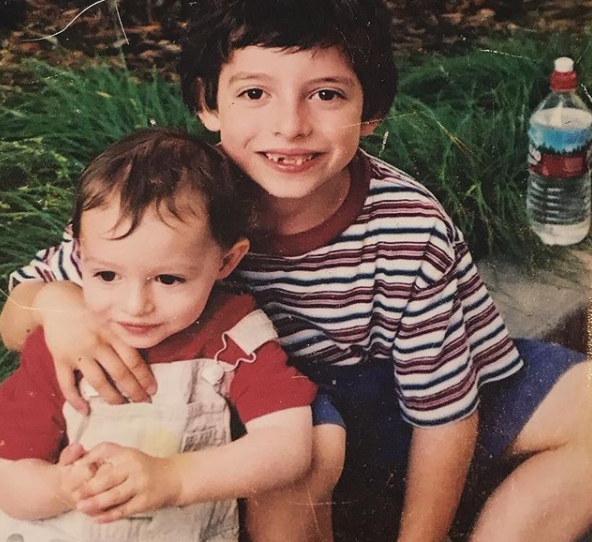 What is Finn Wolfhard famous for? Finn is a talented actor, musician, and aspiring director too.

He had his debut in the TV series The 100 playing the role of the character Zoran.

Similarly, he played the role of Jordie Pinsky in the American dark fantasy TV series Supernatural.

Finn got his big breakthrough in 2016 after he auditioned for the role of Mike Wheeleer in the Netflix science fiction horror drama series Stranger Things.

His performance got him massive popularity and prestigious awards.

He alongside his costars Noah Schnapp, Millie Bobby Brown, Winona Ryder and others won a SAG Award for Outstanding Performance by an Esemble in a Drama Series.

The younger cast also got to perform in Spike’s Lip Sync Battle.

Finn voiced for the player in another Netflix animated series Carmen Sandiego.

Then, on October 20, 2017, he left his agency APA as there were rumors and allegations that his former agent Tyler Grasham had sexually assaulted young stars.

So, ultimately he fired Tyler and joined the agency CAA after that.

The following year, he got to play the character Tyler the pizza delivery boy in the comedy film Dog Days.

In 2019, he played the recurring role as the young Richie Tozier in the sequel of It It Chapter Two.

The same year, he starred in the drama film The Goldfinch playing the role of the character Young Boris Pavlikovsky.

Despite of the fact, Finn was not the director’s first choice for the role, he deliberately got the part, thanks to, his perfect Russian accent in the audition.

Also, he did the voice acting for the character Pugsley Addams in the animated remake of The Addams Family.

In January of 2022, he played the role of Miles in the horror movie The Turning.

Then, he made his debut at Sundance Film Festival with the short movie Omniboat: A Fast Boat Fantasia.

Finn then starred in another short film Rules for Werewolves making his SXSW Film Festival debut.

Similarly, Finn did the voice acting for the animated special Smiling Friends and an animated series JJ Villard’s FairyTales.

He also starred in the American comedy miniseries Home Movie: The Princess Bride for the charity purpose for World Central Kitchen.

Wolfhard played in the comedy drama movie When You Finish Saving The World in August of 2022.

Then, on July 15, 2022, it was announced that Finn alongside his brother will be voice acting for animated series NEW-GEN.

Also, on August 19, it was announced that he will be starring in the animated musical feature Pinnochio but his role is not revealed yet.

Speaking of Wolfhard’s upcoming projects, he will be seen in the American supernatural comedy film Ghostbusters: Afterlife in August of 2022. 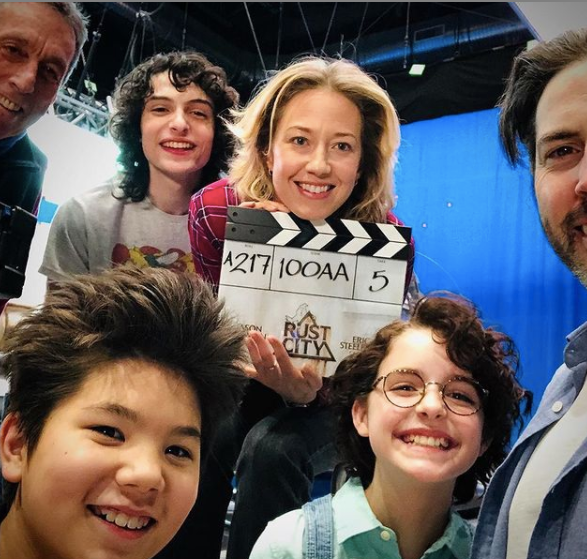 Despite being so young, Finn has been able to make a directorial debut through his movie Night Shifts in August 2022.

Apart from acting career, Finn is known for his music career too. He used to be the main vocalist and guitarist for the rock band Calpurnia.

However, the band was disbanded officially in November of 2019.

Later, the band members along Finn were signed to Royal Mountain Records in the US and Canada and Transgressive Records.

Then, Finn joined the new band named The Aubreys and debuted with the soundtrack for his movie The Turning.

The same year, they released their another single Smoke Bomb on August 17.

In collaboration with Lunar Vacation, the band released their single No Offerings on January 12, 2022.

Recently, on February 14, 2022, they released their single Sand in My Bed.

As of 2022, he has over 21 million people following him on his official account.

Apart from it, he is popular on TikTok too with over 3.7 million followers and a total of 16.7 million likes on his videos.

His zodiac sign is Capricorn. He has black hair and dark brown colored eyes.

Regarding his nationality, he is a Canadian and mixed as for his ethnicity.

He follows Christianity as his religion and believes in Jesus Christ.

As for his hobbies, he likes to play musical instruments, swim, and travel around.

Many fans shipped him with his Stranger Things’ costar Millie Bobbie Brown.

Even his fellow costar Noah Schnapp revealed that they have a potential chemistry to date each other.

However, the two have not said anything about being in a relationship or hooking up with each other.

As for the present, we can assume Finn is single, not engaged to anyone and has no plans for marriage and family.

We will keep you updated as soon as we get any details regarding it. 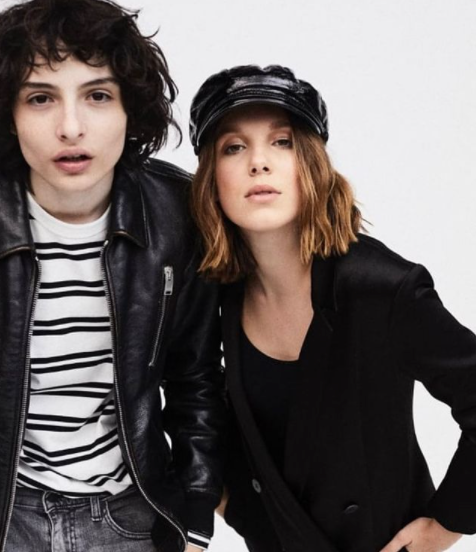 Finn Wolfhard was born to his parents Eric Wolfhard and Mary Jolivet.

His father Eric Wolfhard is an aboriginal land claims researcher by profession. However, we have no information about his mother Mary’s profession.

About his siblings, he has an elder brother Nick Wolfhard who is also an actor.

Nick and Finn will be voice acting for the roles of twin brothers in upcoming animated series NEW-GEN.

Beside that, Nick has appeared in movies like Smiling Friends, Aftermath, and more.

Net Worth of Fin Wolfhard

What is the net worth of Finn Wolfhard? Finn Wolfhard is a young bonafide actor, singer, and a rising director.

He has earned quite a fortune for himself and his family through his career.

The majority of his income comes from his acting career, directing career, modeling gigs, brand deals, and many more.

Now, let’s know some of the lesser-known facts about Finn Wolfhard.

Check out the sound track by Finn Wolfhard’s band The Aubreys of movie The Turnings down below: