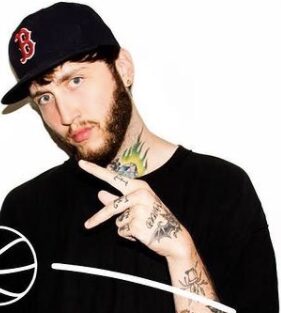 Who is Faze Banks?

Faze Banks, born on October 18, 1991, is a famous YouTuber, and founder and owner of E-sports organization FaZe Clan.

He has been inactive on his YouTube channel for 2 years. As per Banks, he is currently focusing on uplifting the FaZe Clan.

Faze currently resides in Faze house with his fellow member in Los Angeles.

On his own YouTube channel, he has over 5.25 million subscribers with a total of over 409 million views on his videos.

Well on Faze Clan channel there are over 8.68 million subscribers with a total of over 1.1 billion views on their videos.

Today, you will get to know about Faze Banks’ age, height, career, controversy, relationship, and even more. 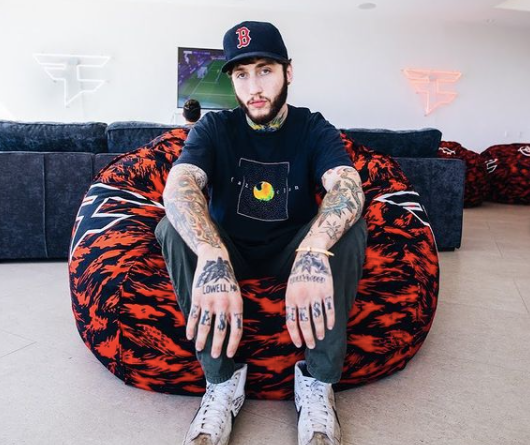 Where was Faze Banks? Faze Banks was born in Lawrence, MA, USA.

He went to Lowell High School and graduated from there. There’s not much information about his schooling and education level.

From a very young age, he was interested in video games and developed a high passion for them.

Banks has not revealed much about his childhood and has kept his life very private so far.

Now, let’s know about the beginning of Faze Banks’ Career and his achievements so far. 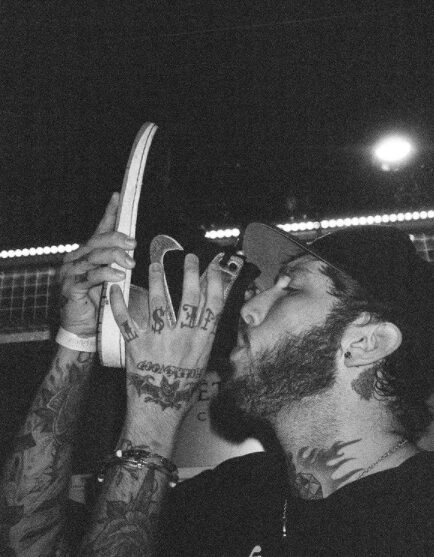 What is Faze Banks famous for? Faze Banks is a famous YouTuber and owner of the E-sports organization Faze Clan.

Faze started his YouTube journey in 2011 with his YouTube channel under the name BanksHasBank currently named as FazeBanks.

In the beginning, he used to make short clips of trick shots and insane kills of video games.

Before he joined FaZe, he was a member of the SoaR clan and he changed his channel’s name to SoaRBanks too.

Later in March 2013, he joined FaZe clan and was appointed as Chief Executive Officer of FaZe Clan.

He also changed his channel’s name to FazeBanks. After joining the clan, Faze gained about 110K subscribers to his channel.

Currently, he has over 5.25 million subscribers and a total of over 409 million views on his videos as of 2022.

However, he has stopped uploading any videos on his YouTube channel since 2019.

According to Banks, he has been focusing more on building FaZe Clan and co-hosting the podcast “Moms Basement” with Keemstar and Colossal is Crazy.

Besides YouTube, Faze is famous on other social media platforms too. Currently, he has over 2.8 million followers on Instagram.

There, he shares lots of photos and videos with his celebrity friends and Clan members. 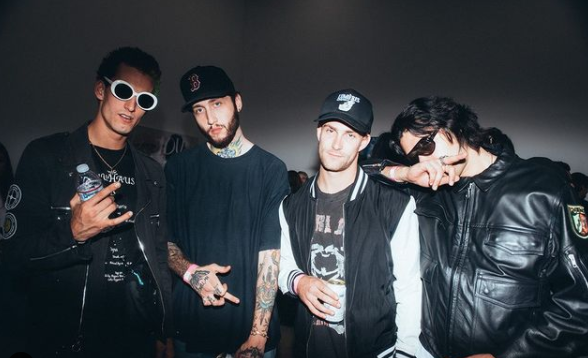 His Zodiac sign is Libra. He has dark brown hair and brown colored eyes.

Regarding his nationality, he is an American and mixed as for his ethnicity.

Who is Faze Banks’s girlfriend? Faze Banks is currently single and not dating anyone as of 2022.

However, in 2017 he was in a relationship with an Instagram star and model Alissa Violet.

The couple allegedly broke up after dating for 2 years in 2019. Also, Alissa announced that Faze cheated on her which was deliberately a reason for their breakup.

As of 2022, Faze has not revealed anything about his love life on his social media accounts, hence, we can assume he is happily single right now. 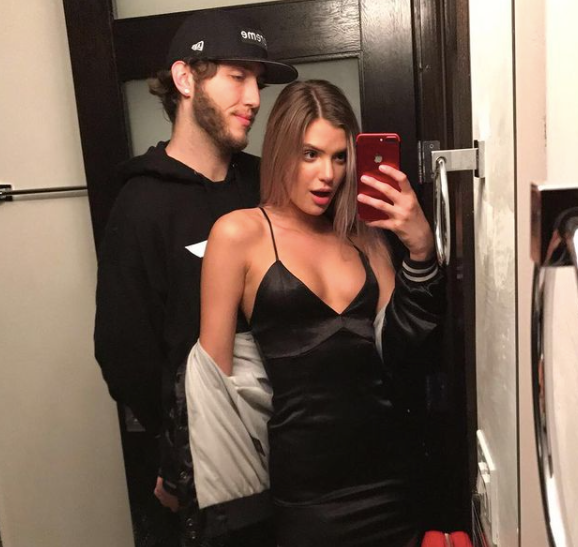 Faze has not revealed his parents and siblings anywhere on social media. He is very private regarding his family and life.

So, he keeps everything away from the spotlight and likes to stay low-key.

What are the controversies Faze Banks got into?

In August 2017, Jake made a video about Banks maliciously attacking his assistant Megan Zelly.

Meg joined Jake on the vlog telling Banks clotheslined and gave a bruise on her neck.

Banks responded saying he doesn’t remember hurting anyone and even if he did it can’t be intentional.

And he believes that Jake is doing this to make him look bad and as he had a past relationship with his then-girlfriend, Alissa, he wants to take Banks real down.

Real soon, Faze made a video interviewing former team 10 member Max Beaumont who was present during the whole assault situation on August 23, 2017.

Max talks about Faze hugging and thanking him but not assaulting Megan.

Also, he didn’t see Banks kissing anyone but Megan told him that Banks was kissing some random girl.

Additionally, Megan told him Banks gave him a bruise on her neck accidentally and Banks talked about he’s skeptical about it even more now.

Also, he believes he could be drugged by Team 10 members at that time.

After the video got out, Jake lost about 200,000 subscribers and Banks gained about 1 million subscribers.

Faze Banks got into another controversy after he and his then-girlfriend Alissa went to The Barley House to celebrate Thanksgiving.

Both Barley House and Faze made videos about what went down.

According to Barley House members, Banks brutally punched a bouncer after he asked Banks and Alissa to leave the restricted bathroom and go upstairs and he was escorted out of the bar.

Then, Faze and Alissa made a video explaining their side. According to them, the bouncer was the one who allegedly assaulted them.

The argument started when the bouncer Richie aggressively asked him to leave the restricted bathroom despite Banks telling him that he couldn’t do that until Alissa comes out.

Soon, the argument led to a serious fight, and both Faze and Alissa ended up getting injured.

Barly House then responded with a video and so did Faze. However, Faze’s video was 3 weeks later as Barley House had filed a successful restriction order against Banks.

After that, Banks again made a video claiming that he had to get many lawyers just to make a video.

He talked about how Barley House commentator was not even present that night and everything he said was a lie.

This led to him being sued and forced to take the video down and also had to pay $150000 for making that video.

After that incident, Faze has not said anything about the matter. However, he did tweet that he wants to move on.

Tfue, a former member of FaZe Clan sued Faze on May 20, 2019, for limiting his ability to pursue his career.

He stated that he has been missing out on opportunities due to the contract he signed up in 2018,

According to him, it allowed him to keep only 20% of the revenue from any brand videos that were published on Twitch, YouTube, or other social media.

It also included cutting down other revenues such as from touring and appearances.

Tfue also stated that he was pressurized by Banks to stay in Faze house in Hollyhood hills with other young YouTubers.

Also, he was given Alcohol before his legal age and was forced to illegally gamble which led to Tfue leaving FaZe Clan to pursue his career on his own.

Faze then made a video in response that Tfue is lying and he gets millions from the tournaments and videos and they collect only $60,000.

Tfue then asked to Faze to release his contract so fans can see it and know the truth which led to the trend #ReleasetheContract.

Then on May 23, 2019, The Blast News leaked the contract which showed that Tfue in fact got only 50% of what he earned for FaZe Clan.

Faze was charged with a vandalism felony for destroying a hotel room causing broken windows, TV, and a messy floor on October 30, 2019.

In 2022, Faze suspended some of the Faze Clan members due to the controversy of the Crypto scam.

It happened due to the involvement of members in the controversial SaveTheKids cryptocurrency they have been promoting for several weeks.

Many believed that it was a typical pump and dump scam.

Faze tweeted about he and Faze clan had zero involvement and wished those members had asked him beforehand.

However, people started to point out that Faze was involved in crytoscam before as he had tweeted about BANK.SOCIAL.io in late May and deleted the tweet after.

Banks later claimed that he always deletes giveaway tweets and denied selling any of his Bsocial coins.

What is the net worth of Faze Banks? Faze Banks is the founder and owner of the popular E-sports organization Faze Clan.

Many celebrities had invested in FaZe Clan including Offset.

He’s also a famous YouTuber with over 5.25 million subscribers and earns from YouTube despite being inactive since 2019.

As of 2022, his net worth is estimated to be $4 million approximately.

Is Banks still in FaZe?

Yes, Banks is still in Faze Clan. He’s the founder and co-owner of the organization.

Banks has stopped uploading videos on his channel since two years. As per him, he is more focused on building Faze Clan and recruiting new members.

During his appearance on the podcast No Jumper, he even told that posting videos on YouTube have been a struggle for him.

Check out the video of Faze Banks down below: