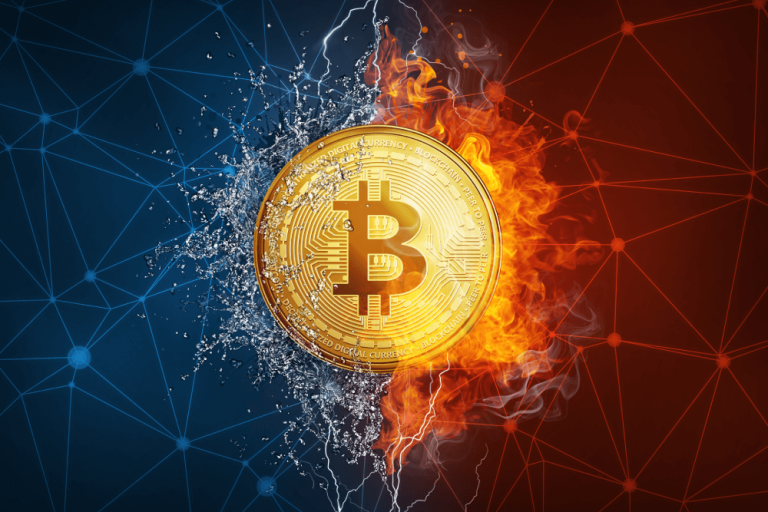 The world has multiple nations that use a variety of currencies. All those currencies are unique in their values and rates. The same unit of two currencies can offer a different quantity of any goods or service. Some currencies like the US dollar, Euros, Pounds, Rubles, and Yen dominate the currency exchange across the world. People are more willing to accept payments in these currencies because of the stability they offer. Soon people realized that a handful of currencies should not dominate the entire world’s resources. It led to the birth of cryptocurrencies.

The cryptocurrency was developed by an individual whose real world identity is still anonymous. The first cryptocurrency ever created is the famous Bitcoin. It was a means for exchange between two parties without the intervention of any financial body, institution, or the government itself. The entire transaction is digital, and the anonymity of both parties is maintained reasonably well. The unique proposition of the system was that it was not governed by any particular body and was therefore decentralized. The power of devaluing the currency does not lie with any country as such.

Since the concept of bitcoin grew popular over the years, its demand has risen. In economics, the price of any commodity or service can be increased by demand-push inflation. The term demand push inflation simply means that when more people demand for a limited resource, they are willing to pay higher prices to eliminate other buyers. Therefore, as the demand and use of bitcoin increased, its value in the market increased. It turned into a massive investment opportunity. People started trading it on a regular basis, especially for quick gains.

Bitcoin works on the principle of blockchain mining. To understand cryptocurrency and transactions, blockchain mining must be understood. There is no one entity issuing cryptocurrency units. The currency is absolute because of its independence. Every time a transaction is started, information about it is instantaneously relayed to a vast network of devices. These gadgets use algorithms to carry out different computations. The legitimacy of the trade is validated after these computations have been completed. The “chain” is created by storing the data in “blocks” that are connected to one another. It is an easy and safe approach to saving transaction data within the database so that it is not changed or tampered with.

Initially, the blockchain programs included blocks of small sizes. They were easy to calculate and mine even in the early 2010s. Eventually, as bitcoin grew, cryptocurrency became popular. Due to this, more transactions happened through this channel. The block size was ultimately increased exponentially. It became more difficult to mine a block with the computers already present. Many firms were established to set up high configuration computers and mine bitcoins. The factor that decides if a block is mined ideally is whichever ID solves the transaction calculation first.

How Is Blockchain Making A Difference?

There is a system of devices that carry out computations to confirm the legitimacy, as it has already been mentioned. These gadgets charge for their services. A portion of the trading volume goes to the very first device to decrypt the complicated encryption. This amount is paid to the bank as a convenience charge. As a result, many people have an extensive occupation in the blockchain. Together, programmers and investors create the ideal blockchain platform to maximize bitcoin mining. Instead of going to the bank, as usual, the convenience charge is now flowing to those using blockchain.

Certain reserves of precious assets back every currency. The asset is usually gold, and sometimes it is crude oil which is known as black gold. People can invest directly in commodities like gold, silver, and crude oil (https://oil-profits.com/) to ensure that their money grows over time.

Over the years, cryptocurrency is now viewed more as an asset to trade. People see it as a source of income. It is not ideal to believe that money can be multiplied in no time here. It does happen, but for very few people and under highly favorable circumstances. The risk of losing the entire amount invested is much higher. It is, therefore, a wise choice to diversify as reasonably as possible.

Despite multiple options to invest in, it is best to diversify investments in the best possible manner. In this diversification of funds, the risk is scattered across numerous assets and industries. One such investment opportunity is brought forward by cryptocurrency. There is a significant belief that it can grow into the future means of exchange, especially with the rapid development of the metaverse.

The risk appetite of different investors is different. The way crypto is perceived is also of great importance for trading decisions. Trading is suitable if one believes that it is an asset that can be traded for fluctuations only. Others think that it can become the primary means of exchange and therefore wish to remain invested in proper currencies like Bitcoin, Ethereum, and Litecoin. Proper trading techniques prevent unnecessary losses.

Those that invested in the beginning, are now extremely wealthy. Only time will reveal if people and nations genuinely adopt bitcoin while ditching their own coins or not, and if it will continue to climb and provide such large profits or not. The worth of a unit may become excessive in the future if fiat money is replaced by Bitcoin.

Because cryptocurrency transactions are anonymous and nearly hard to trace, many people prefer to utilize them. A sizable sum of money has also been transferred privately as a result of it. Smuggling and black money are both heavily sponsored through this channel. Despite these drawbacks, bitcoin and some standard currencies appear to have promise. Even if it does not serve as the world’s primary means of exchange in the future, cryptocurrency will undoubtedly continue to be a valuable commodity in the short term. With the proper trading methods, one may profit handsomely from cryptocurrency as well.