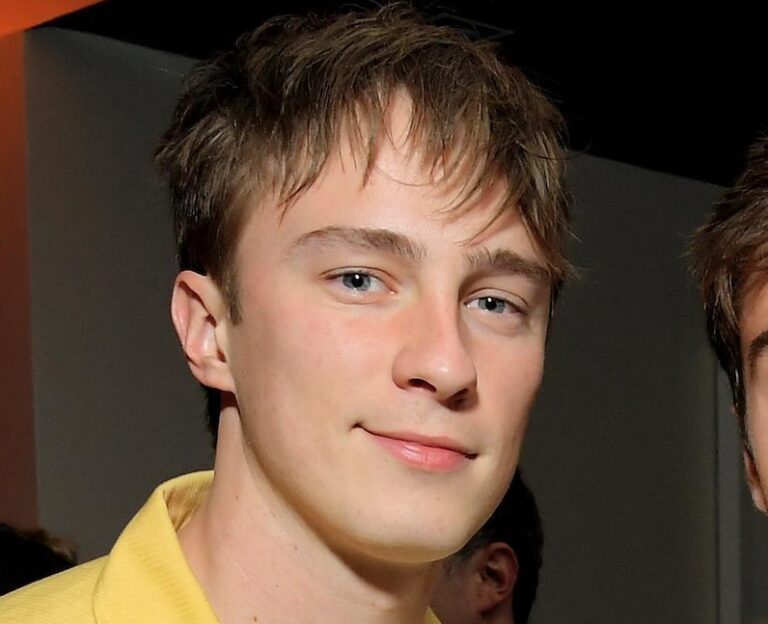 Who is Drew Starkey?

Drew Starkey, born on November 4, 1993, is an American actor renowned for his role as Rafe Cameron in the Netflix teen drama series Outer Banks.

Besides Outer Banks, he is famous for his roles in Love, Simon, Scream The TV Series, and The Hate U Give.

Apart from being a talented and aspiring actor, Drew is equally famous on social media platforms too.

Today, we will be talking about Drew Starkey’s age, height, career, relationship, net worth, and even more in this article. 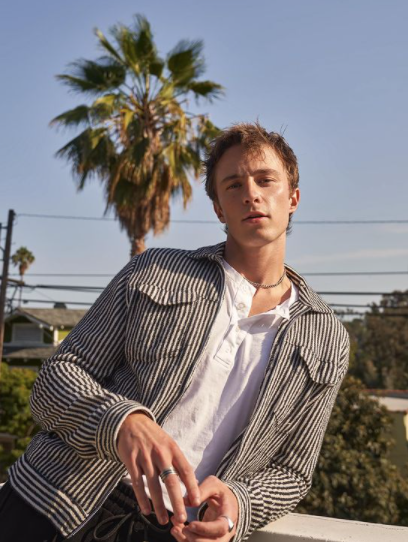 Where was Drew Starkey born? Drew Starkey was born in Hickory, North Carolina, the United States, on November 4, 1993.

Regarding his education, he went to St. Stephens High School in Hickory, North Carolina.

As for his higher studies, he studied at Western Carolina University and graduated from there.

Since his childhood, he has always been into acting and drama role plays.

That’s why, soon after his graduation, Drew took his chance in acting and decided to give it a shot.

We will be talking about the beginning of Drew Starkey’s career and all the achievements he has earned to date. 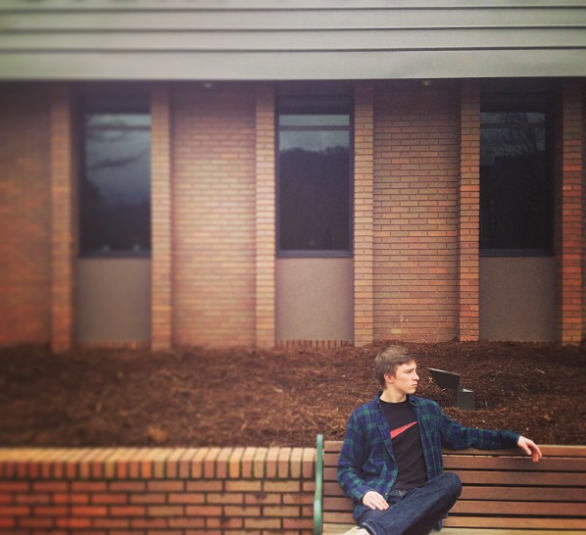 What is Drew Starkey famous for? Before getting into the limelight, Drew Starkey used to play minor roles in short films.

Let’s talk about his journey in the movie industry.

He began his acting career in 2014 with the role of Patrick Clemens in a short drama Sci-Fi film, The Radical Notion of Gene Mutation.

Then, in 2015, he played minor roles in short films like Lost Soles and Bounds.

Likewise, he got to play short roles in other short films like Up The Hill and Love is the Longest Con.

Slowly, he started to get recognition, and he got to play the role of Frat Boy in a crime docudrama movie American Animals, in 2018.

The same year, he played the role of Garrett Laughlin in Love, Simon, for which he got immense praise and got more popular.

His performance got him a role in the American drama film The Hate U Give the same year.

Then, the following year, he appeared in the drama thriller movie Mine and Just Mercy.

In 2023, he played the role of Rodney in the drama TV movie Limbo and Rickey in the short comedy film Extended Stay.

The same year, Starkey appeared in the American psychological thriller film The Devil All The Time playing the role of Tommy Matson.

Then, he played the role of Tanner Van Holt in the 2023s American sports drama movie Embattled.

Let’s get into knowing the roles played by Drew Starkey in the TV series.

The following year, he played minor roles in more TV shows like Brockmire, Bobcat Goldthwait’s Misfits & Monsters, and The Resident.

In 2019, he again played several minor roles in series such as Doom Patrol,  Scream The TV Series, and Dolly Parton’s Heartstrings.

As of 2023, he is starring in the American action-adventure mystery teen drama TV series Outer Banks.

Drew’s big breakthrough is the Outer Banks, which helped him earn more popularity and fan following than ever. 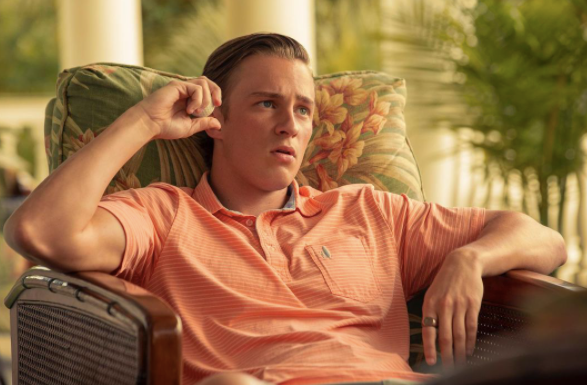 He often posts his daily life, movie projects, hangouts with friends and family through photos and videos.

He earned a massive following after appearing in the show Outer Banks.

You can see millions of people drooling all over his handsome, chiseled face, sexy body, and charming personality on his account.

Well, for other social media, Starkey doesn’t seem to have any presence right now. 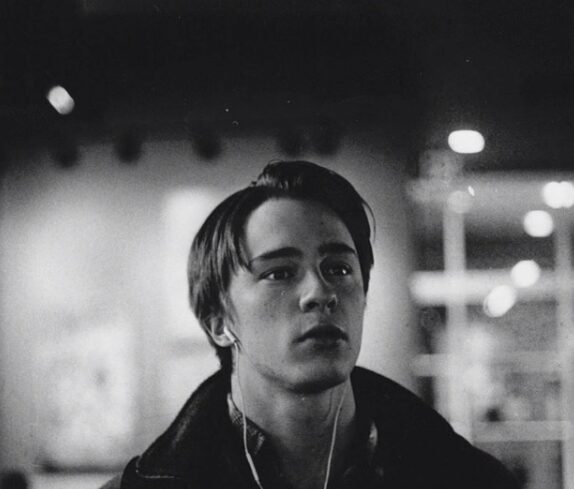 His zodiac sign is Gemini. He has brown colored hair and blue colored eyes.

Regarding his nationality, he is an American and white caucasian as for his ethnicity.

Checking up Starkey’s Instagram, you can vividly notice that he is very much fond of photography.

His profile is filled with the photos of people he snapped. 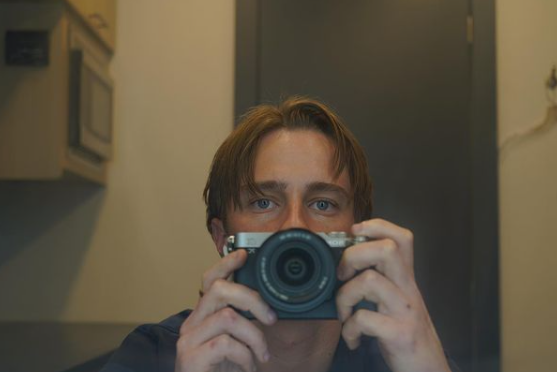 Who is the girlfriend of Drew Starkey? Drew Starkey is very private about his love life and has not revealed anything about it to the media.

However, rumors were circulating that he was in a relationship with actress Claire Van der Lien.

Both Drew and Claire appeared in the short film “Love is the Longest Con.”

Officially, these two have not come clean about their relationship, so we can’t fully assume that they are dating.

As for the present, we do not have reliable information about Drew dating anyone, getting engaged, or planning a baby.

Drew Starkey was born to his parents Todd Starkey and Jodi Ballard Hutto.

His parents got divorced when he was just a kid. His father, Todd Starkey, is working as a basketball coach at Kent State University in Ohio.

Todd stayed unmarried after the divorce. While Drew’s mom Jodi got remarried to her present husband, Brian Hutto.

As for his siblings, Drew has a brother named Logan and two sisters named Brooke and Makayla.

He is very close with them and often spends time together with them.

His brother Logan is a musician by profession. As for his sisters Brooke and Makayla, they both are social media influencers. 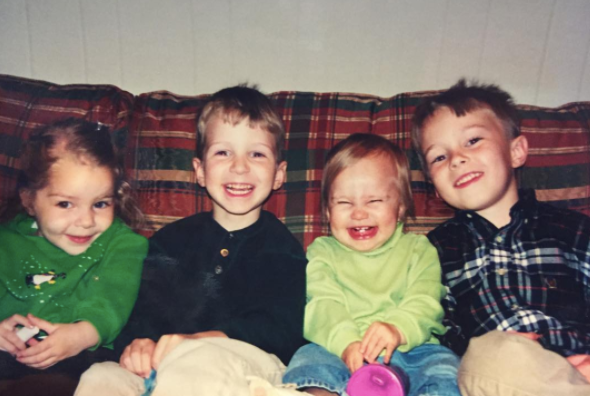 Net Worth of Drew Starkey

What is the net worth of Drew Starkey? Drew Starkey is an aspiring American actor trendy for his role in Outer Banks.

Besides acting, he does modeling gigs too. People love his tall, muscular body and his handsome face.

He seems to have earned lots of fortune for himself and his family, like luxurious cars, houses, and accessories so far.

Now, let’s know about some of the lesser-known facts about Drew Starkey.

Is Drew Starkey in a relationship?

He has not revealed anything about him dating anyone currently. However, there are rumors that he is dating the actress Claire Van der Lien.

Where does Drew Starkey live?

Who was Drew Starkey in Ozark?

Drew played the role of Boy in the TV series Ozark.

What is Drew Starkey’s full name?

Check out the video of Drew Starkey down below: