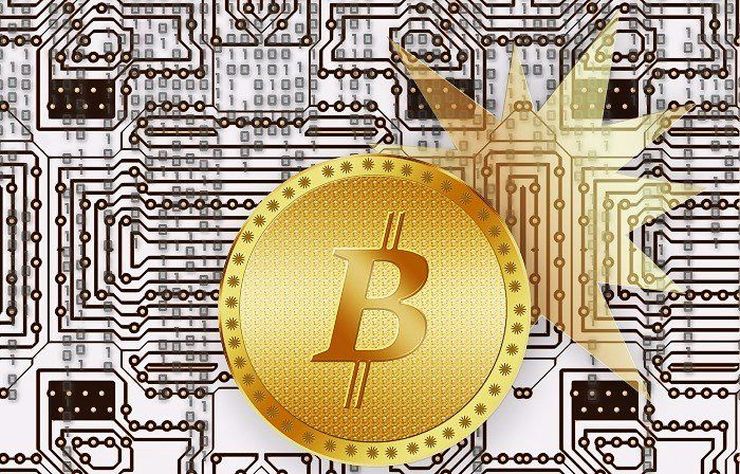 The concept of cryptocurrencies has been the new hype these days. It is because of the extraordinary benefits that the investors get to obtain through this investment. Bitcoin is one of the cryptocurrency types, more famous than any other crypto available in the realm. One of the major questions that often come to the mind of investors is if bitcoin can be used as an exchange medium?

Exchange medium as the phrase suggests is referred to any good that can be used in exchange for any other good or goods. To give you a list of the most common questions, bitcoin is not yet widely adopted as one of the exchange mediums. We share some light to make our readers understand the concept and the reason behind it. Keep reading to know the position that bitcoin holds in today’s world and to what extent it is used as an exchange medium.

What Is An Exchange Medium?

An exchange medium that we all are using these days is money. It is referred to as a unique kind of good in an economy that facilitates the exchange of all other services or products. Money contains three features that define it as one of the best mediums; a store of value, an exchange medium and also an accounting unit. All monies, irrespective of the economy they are used in, contain these three characteristics and are hence widely used as a medium of exchange. Read more about it at websites such as BitcoinEra.

Can Bitcoin Be A Medium Of Exchange?

Bitcoin is already operating as one of the exchange mediums at a global level. Though the same is not accepted by many economies yet, and so not all are aware of it. It is one of the world’s first mediums that is resistant to censorship and so excels in almost most spheres. It is a common medium in legal environments that have harsh impositions. For instance, it is used as an exchange medium in environments where the authorisation government leverages the system of finances to repress its citizens.

Protestors from several different locations like Hong Kong, Nigeria and Belarus have used Bitcoin either once or more so that their privacy stays well protected. Bitcoin enjoys an inherent feature which is confiscation resistance, and hence, it is one of the safest exchange mediums.

In regions with political stability, bitcoin has not gained a lot of traction as an exchange medium. This is why many say that the concept has failed. Though, the conclusion is made by taking into account only a few regions at short sight. You will be surprised to know that the factors which prevent it from getting adopted as one of the exchange mediums, were once responsible for making it next to money, in the past.

Bitcoin is one of the monetary networks and is more leaned to a decentralized central bank, as compared to the payment processors, like PayPal, Visa, etc. Undoubtedly, the payment networks mentioned later are more common today and are most widely used for daily payments. Hence, it will be wrong to judge the popularity and adoption of Bitcoin through its use for payments in the commercial world. Numerous factors are responsible for its limited acceptance till now.

Bitcoin is Still Quite New

The concept of bitcoin is not more than a decade old. The concept was new back in 2009 and it was then that its market capitalisation rate was zero. Though, with its huge acceptance across the world, the figure rose to almost $1 trillion in just 13 years. Also, when we look at the three traits of money that were discussed earlier, a unit of account, exchange medium and store of value, cannot be embedded so quickly. This is why it still lags in obtaining the desired acceptance.

Evolution As a Store Of Value

As discussed, money enjoys a store of value and is one of the most common mediums of exchange used for all transactions. The other traits of any other exchange medium include liquidity, scalability and adoption. All these traits are interlinked with each other and collectively provide the medium with high acceptance. Even after becoming a household name, bitcoin still contains some glaring flaws as compared to the other mediums. It includes the inability to support chargeback.

Chargeback is referred to as a process where credit card users may demand dealers reverse a transaction that was being attempted as a result of fraud or any dispute. Having said that, this makes it clear to the readers that bitcoin still has a long way to cover. Before it is accepted as one of the exchange mediums, it needs to establish itself as a robust store of value.

It depicts that before people get started with making and accepting payments through Bitcoins, they will need to be paid in Bitcoins. Also, they should be able to hold bitcoin balances, just as we do with money.

We just read that Bitcoins don’t have fixed values just as money does. For instance, the coin or a note that has a numeric value printed on it is considered to hold the value of that figure. The same is not the case with Bitcoins. They are highly volatile and are bought in exchange for money. That said, their value can decrease or increase based on market speculations, and several other factors. This is one of the major reasons why it is not yet adopted as an exchange medium by many regions.

Scarcity is one of the significant price drivers of cryptocurrency or bitcoin. Hence, it is tough to assess the suitability of crypto as one of the long-term mediums of exchange.

Cryptocurrencies or bitcoins have noticed rapid growth in the past decade. No matter how popular they become, adopting them as a common exchange medium will take time, and not be ever possible. One of the major reasons is fluctuations, because of which it becomes an unreliable investment opportunity. Furthermore, its value is unpredictable and which is why it will contain the risk of losses.