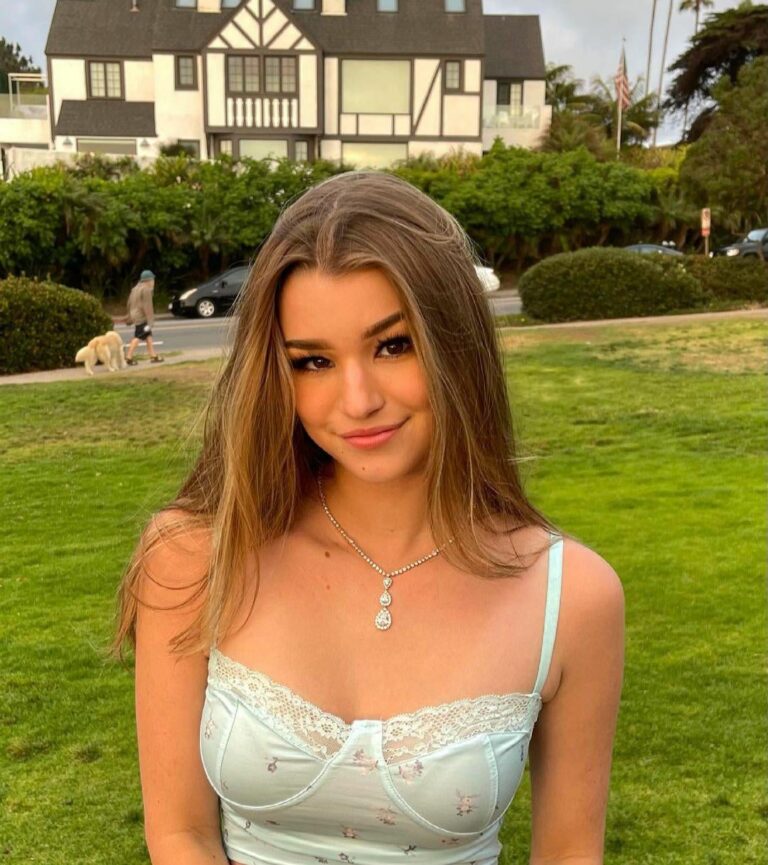 She has been quite popular for her funny, expressive videos on Tik Tok.

Ultimately, her talent got her over 16.6 million followers on TikTok.

What is Brooke Monk famous for? Brooke is one of the youngest rising American TikTok stars.

With her beautiful appearance and bubbly personality, she got popular on TikTok over a small timespan.

Her audience really enjoys her dancing moves and her POVs videos on TikTok and YouTube.

She is into mimicry and hence, she does lip-syncing videos and mimicry videos.

Soon, she started her self-titled YouTube channel on September 1, 2019.

There, she uploaded her first video which is  “Less than 10 min Back to School Makeup for lazy girls.”

Her homeschooling since childhood gave her the privilege to focus on both her study and her social media.

Soon she got viral on TikTok after posting a mimicry video of her mom in 2023.

In a short period, she gained lots of followers on TikTok and soon became one of the most famous youngest  American TikTok stars.

Also, she has over 827K subscribers on YouTube and over 221 million views on her videos.

Besides that, Brooke is also an Instagram star with 1.7 million followers. She gets many sponsorships and partnerships with famous brands.

Not only that, she has her merchandise line.

Her agency is TheFuelInjector where you can contact for promotion and brand deals.

With a gorgeous face and a slim body like a model, she’s thinking about pursuing her career in modeling too.

Even after being so young, she has achieved a lot and many people admire her for that.

For her age, she’s a very talented and successful social media personality.

Where was Brooke Monk born?  Brooke was born in Los Angeles, the US on January 31, 2003. She was raised by her parents with her other 5 siblings.

She has dark brown eyes and blonde hair. She is an Aquarius by birth sign.

Her ethnicity is mixed and she is an American by nationality.

Brooke has great faith in Jesus, so she strongly follows Christianity.

She loves to hang around with her friends and make TikTok content and dancing videos.

In an interview with Teen Magazine, she has revealed that her dream collab is with James Charles and Selena Gomez.

Who is the boyfriend of Brooke Monk? Brooke is currently in a relationship with Sam Dezz who is also a famous TikTok star.

You can see several romantic posts and videos of her with him on her social media.

She has shared lots of couple videos with her boyfriend, Sam, on YouTube.

Brooke has many videos with her parents on her YouTube Channel. However, there’s not much information about them.

Talking about her siblings, she has 5 siblings named Bryanna, Blaize, Breanne, Brett, and Audra.

Even though Brooke has posted photos with her sisters, their profession is still unknown.

How much is Brooke Monk worth? Brooke is one of the youngest popular social media personalities.

Her primary source of income is from paid sponsorships and ads from her social media.
Also, she earns some from her merch line and brand deals.

The total net worth of Brooke is approximately estimated to be $2 million (USD).

Let’s dig into some unknown facts about Brooke Monk. 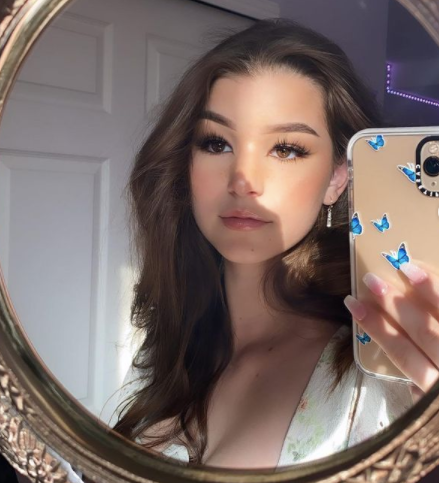 How old is Brooke Monk?

Who is Brooke Monk dating?

She is openly in a relationship with Sam Dezz who is also a famous social media personality.

How did Brooke Monk get viral on TikTok?

In 2023, Brooke blew up on TikTok when she posted a video mimicking her mom. Currently, she has over 16.6 million followers on TikTok.

How tall is Brooke Monk?

Check out Brooke’s most viewed YouTube video down below: