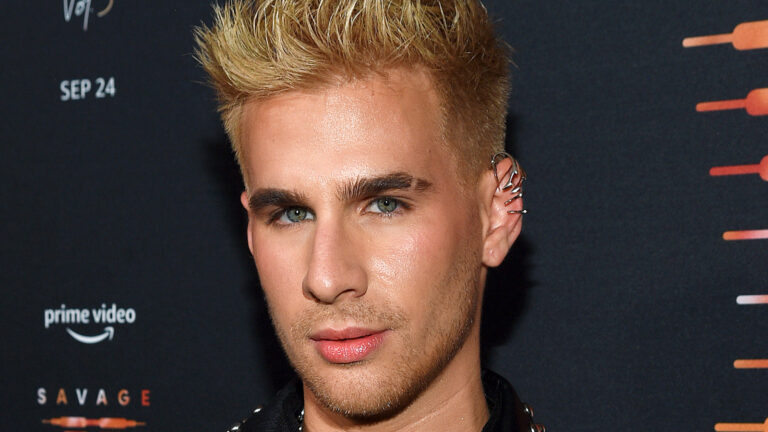 Brad Mondo is a famous hairstylist, social media personality, and entrepreneur. He was born on October 28, 1994.

He grew up in Franklin, Massachusetts along with his elder brother Eric Mondo.

Brad is also popular for his reaction videos and makeover videos.

Similarly, he has worked with many famous celebrities such as Shay Mitchell, Charlie D’Amelio, Vanessa Hudgens, etc.

Besides all of it, he’s the Creative Director and CEO of his hair product line “XMONDOHair” and “XMONDOColor”.

What are the top Brad Mondo’s Controversies? 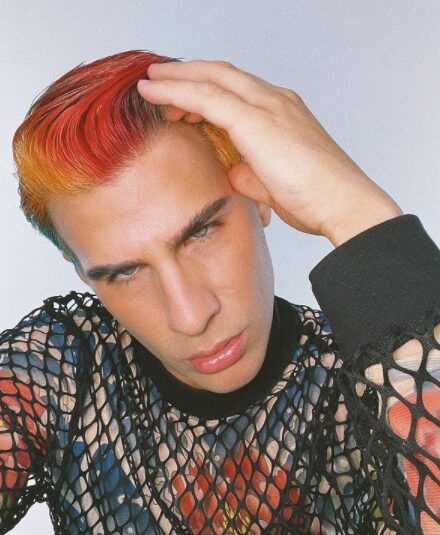 Today, we will be getting into controversies and scandals that Brad Mondo has been involved with.

His fans were quite excited about using his hair products. He also uploaded a video regarding his product line launch.

He launched his first product named Glitterati. It is an apply-when-wet solution to help moisturize hair, minimize frizz, and hold hairstyles in place.

In the video about how he created his haircare line XMONDO, he talked about all of his products including Glitterati Styling Serum. He declared that Glitterati is a cruelty-free and vegan product.

However, fans after purchasing Glitterati checked its packaging. They noticed that it has an ingredient that is not vegan-free.

It was Carmine which is a pigment made from crushed bugs.

Also, fans contacted the Cruelty Company and found out that it has not claimed Brad’s products as cruelty-free.

The company claimed the logo was also fake, this enraged the fans.

Many demanded refunds from the XMONDO. But, it never happened and customers were upset by this behavior.

Fans started criticizing Brad for his lie and unethical behavior.

In 2019, a fan posted on Reddit that Brad has removed a vegan tag from Glitterati. 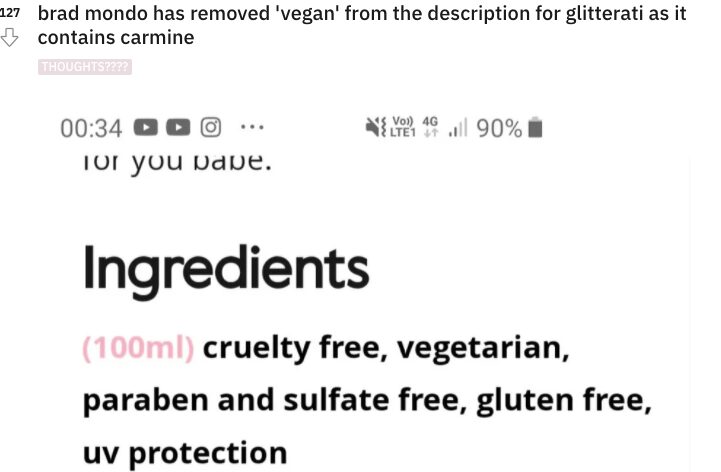 Brad Mondo grew along with his brother Eric Mondo. They share a striking resemblance in appearance.

Eric is also a famous social media personality with over 109K followers on Instagram.

He can be noticed in several posts and videos on Brad’s social media. Two seem very close and often share pictures with each other on Instagram.

During Brad’s early days on YouTube, he had posted some videos with Eric. Those videos allegedly have word twin in the titles.

This automatically caught people’s attention and also the videos were getting views more and more.

People started noticing they have very different personalities and living styles from each other.

The increasing popularity made fans curious and they started digging into the details of Brad and Eric.

Hence, this made clear that Eric is in fact 1.5 years older than Brad.

All the excitement of fans was turned into disappointment. They found out that Eric was not a twin brother of Brad.

This fired the topic and many were upset by Brad’s lie.

However, some of the fans came for Brad’s support, saying that, Brad must have used the word twin jokingly as many get confused them as twins.

Mondo brothers have not said anything about the matter to date.

Brad Mondo is a popular hairstylist known for his makeovers and has collaborated with many famous celebrities.

In 2018, he collaborated with a famous social media personality “Snitchery” for her hair makeover.

Snitchery posted a video with Brad of him giving her a hair makeover. The video started out with a lot of laughs and talking.

But soon, Brad and Snitchery’s faces quickly changed into nervousness and disappointment in the end.

Despite knowing Snitchery’s hair was in very bad condition, Brad told her it was just dry. He convinced her nothing was wrong with her hair in the video.

They went through the whole process of bleaching and coloring her hair.

In the end, Snitchery’s hair looked all yellow which seemed more like glow down than glow up.

After watching the video, fans were angry with Brad. They started questioning his hairstyling skills.

They stated that for a professional hairstylist like Brad who always talks about other hairstyling ways.

For him, it should have been clear about all the bleaching and coloring methods.

Everyone started blaming Brad for ruining Snitchery’s hair and claimed he’s not a good hairstylist.

However, a year later, Snitchery talked about the matter and cleared that it was all her choice.

She explained everything in a QnA video about the matter with Brad.

Brad did warn her about the consequences they might suffer from the bleaching and coloring.

Snitchery stated that it was her who insisted on going through the whole process.

Hence, Brad and Snitchery are really good friends to date.

Brad got lots of hate and criticisms from his makeover video with Snitchery.

Soon he uploaded a video of testing his hair color on a mannequin and comparing it with box dye.

He experimented with box dye on one mannequin’s hair and his hair color on another one’s hair.

After the whole process ended, he declared his hair color as a win.

However, many fans claimed that he actually switched the mannequins in the comments.

They started accusing him of trying so hard to make his products look better and lying about the whole thing.

Brad then, pointed out the matter on Twitter. Also, he apologized to everyone saying that mannequins might have been exchanged unintentionally.

Many were not happy with his apology and still criticized him for being arrogant and a liar.

Recently in 2022, Brad Mondo got under fire for his tweet regarding his brother Eric testing COVID positive.

He tweeted that Eric flew to him for Christmas but got a COVID test positive the next morning.

Soon, people started to hate him for being an irresponsible human being and not thinking of other’s well-being.

Even though the one who had COVID was his brother, everyone started throwing shades at him.

There were a number of Reddit threads where people were talking about canceling him.

However, many came to his support that he should not be blamed for his brother’s acts.

Check out the recent video of Brad Mondo down below: