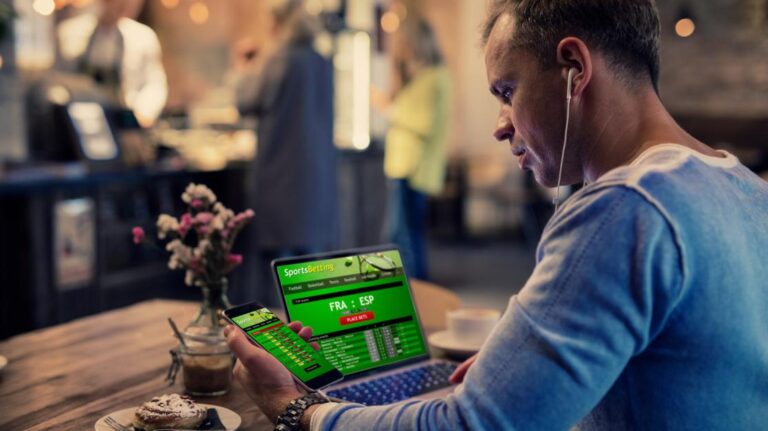 Online gambling is now a multi-billion dollar industry, enjoying a rising popularity and a strong, growing preference among punters around the world. Bookmakers around the globe have transferred their brick and mortar operations in the virtual environment, opting for what is considered to be the absolute phenomenon in gambling -the internet. From bookmakers in the US and Europe, including the ones reviewed at Allbets, to bookmakers in Asian markets and other parts of the world, the establishment of online presence and the development of online betting shops have been a one-way road. Technological advancements, internet penetration and mobile applications are only some of the key factors that have made possible the growing phenomenon and the revolutionization of gambling and betting.

But the forms, types and whereabouts of gambling have not always been as we know them today. Gambling and betting have changed significantly in the past twenty years, evolving into a full-fledged, socially acceptable and legitimate (in many countries around the world) activity which is more systematic and organized than ever. Bookmakers, on their part, have also changed significantly in the past 50 years, driving the growth or even being driven by the growth of gambling itself.

Before looking into how betting and bookmakers have changed over the last decades, let’s see first how gambling has evolved from the ancient times until the present and how bookmakers have established their presence and how they have developed in all those years.

Gambling being inexplicably linked to mankind

The popularity and mainstream of gambling and betting are not quite recent phenomena. In fact gambling has been inexplicably linked to mankind since forever and has been a popular activity of people on social occasions since ancient history as evidence from as early as 2300 BC has revealed. The first records of gambling are traced in Ancient China, where some wooden tiles that were found and some relevant documents discovered from back then, suggest that they were most likely used for some kind of a lottery game.

Many centuries later, around the 500 BC, gambling was also present in the everyday lives and routines of people. Evidence from Ancient Greece shows that the dice was a dominant game at the time, enjoying great popularity and being played frequently by both Ancient Greek and Ancient Roman populations. People would gather around and gamble on dice as a means of fun and entertainment. Because of the fact that making money out of gambling was not legal back then, the Ancient Romans invented the ‘gambling chips’ so as to have sufficient coverage and be able to win actual money when converting these chips.

The next evidence of gambling was traced again in China, however much much later, around 800 AD now. Cards were the most widely played games upon which Chinese people would gamble and these games are actually the predecessors of today’s known to all of us, card games. From that point on and until the 16th and 17th centuries, gambling is to be found in several documents, social life records and findings, verifying its strong presence amongst the lives of people both in Asia and Europe.

The appearance of casinos and gaming houses

At the dawn of the 17th century, there are traces of the first organized casinos operating in Italy. Within the century, casinos and gaming houses started to spread around the European continent, making gambling ever more integrated and attached to the social life of individuals. The first roulette appeared in Paris at the end of the century and just like that the dawn of the 1800s was marked with a growing gambling culture all over the world.

The first bookmaker in the history of betting

Along with the growth of gambling, the end of the 18th century saw the growth of other betting as well and the emergence of bookmakers. Notably, in 1790 Harry Odgen was reportedly the first person to ever make profit from betting after chalking up odds for every runner at Newmarket races. Ogden back then did what nobody else had ever thought of in thoroughbred racing and this was nothing more but operate as a bookie and lay odds instead of providing simply two propositions for the runners (that is win or lose) And just like that the world of bookmakers began to develop and betting began to shape!

In the beginning bookmakers started to function within the confines of horse racing. Bookies would determine the odds for all the runners, they would announce them to potential bettors and then would accept bets from the punters. In the end, they would pay the winners the emerging amount and they would continue like this.

The first brick and mortar betting shop in the 1960s

In the 1960s the first formal brick and mortar betting shops made their appearance -due to the legalization of betting under the 1960 Betting and Gaming Act- and they instantly became a success. They were becoming more and more popular among punters, especially as they offered odds for people’s favorite football, rugby and cricket games and gave punters the chance to wager on more than just horse racings. As time went on, bookies added more and more sports to their offerings and began to experience strong development of their client bases.

By the end of the 1990s bookmakers began to realize the potentials of the internet and the countless opportunities of the online world. At the dawn of the new millennium many of the well-known bookmaker brands moved online and established their online presence, through operating their websites. But it was not until some years later that they were fully developed into legitimized, institutionalized online betting shops – when the 2005 Gambling Act laid a more solid foundation and set the operational framework for online bookies. It was the first time that there were provisions for the protection of punters from fraud by online bookies and also the first time that there were specific regulations and policies for the operations of online bookmakers. Along the 2005 Gambling Act, the government also established the Gambling Commission, which is responsible for granting licenses in an attempt to ensure that there is conformance and compliance on the part of online sportsbooks.