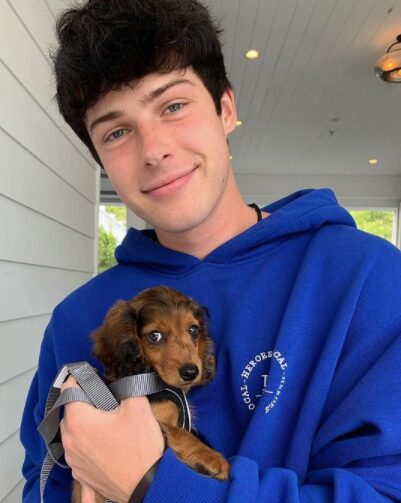 Who is Blake Gray?

He is famous for his muscular fit body and handsome face. Gray was a member of the Magcon Tour 2016.

He rose to fame after becoming part of the Impact MeetandGreet.Me touring the group and also appeared on DigiTour Slaybells 2015.

Talking about his popularity on TikTok, he has a huge fan following loving his funny, lipsyncing, and dancing videos.

Over 9.9 million people follow him on TikTok and he amassed a total of 411.4 million likes on his videos.

Similarly, he is equally famous on other social media platforms too.

Blake has his own self-titled YouTube channel with over 959K subscribers and a total of over 37 million views on his videos.

Today, you will get to know about Blake Gray’s age, height, family, relationship, career, net worth, and even more. 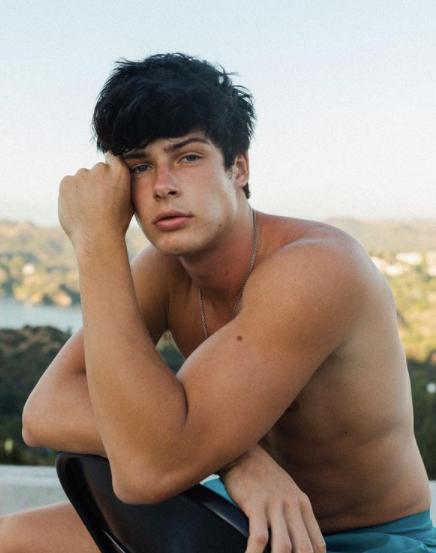 Since his childhood, he was active in several sports such as football, baseball, and basketball.

There’s no information regarding Gray’s education. However, he has revealed that he started using social media after getting bullied in school.

According to Blake, he has always dreamt of becoming a fine actor and comedian.

Now let’s look into the rise of Blake Gray’s career and his achievements so far. 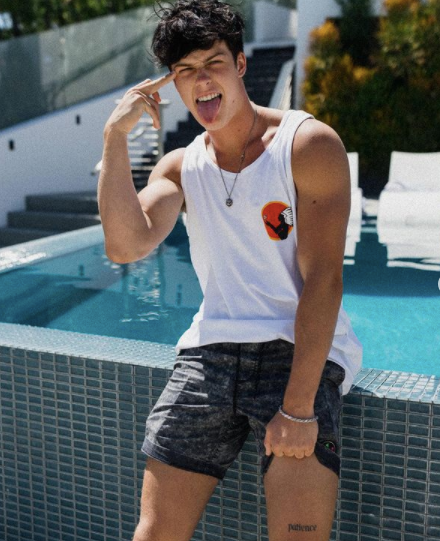 Why is Blake Gray famous? Blake is a famous social media personality and model with millions of followers.

Before getting recognition on TikTok, he was a popular broadcaster of YouNow which he started in 2015.

He did join Musical.ly rebranded as TikTok now in 2015. After a while, he started getting followers on TikTok.

As his interest in comedy, he started making funny short skits and gained more popularity.

Currently, he has over 9.9 million followers on TikTok with a total of over 411.4 million views on his videos.

Likewise, he is equally popular on other social media platforms too.

On YouTube, he makes videos of vlogs, pranks, challenges, QnA, and others. Right now, he has 939K subscribers on YouTube.

His most viewed videos on YouTube are Sorry Mom We Kissed, Asking Noah Beck About Dixie D’Amelio F-Boy Kitchen.

However, there are no activities on his channel since April of 2022.

You can find his modeling photos, photos, and videos with his girlfriend, friends, and family on his Instagram account.

Recently, in 2022, Blake signed as a model with the company Next Models which got him an opportunity to go to Milan Fashion Week.

Also, Blake owns a merch line of hoodies called ShopBlakeGray which he released in 2017.

In 2018, he appeared as a supporting act on Jacob Sartorius’s Sartorian Summer Sendoff.

And in late 2019, he became a member of  the Sway House, a social group formed by TalentX Entertainment with Nick Bean as the creative director of the group,

His Zodiac sign is Capricorn. He has brown hair and dark brown colored eyes.

Regarding his nationality, he’s an American and his ethnicity is white.

Blake loves clicking pictures and making vlogs and videos. Since his childhood, he has wanted to be a comedian.

His hobbies are working out, playing sports such as basketball, football, baseball, etc.

The couple started dating in September of 2022.

Before that, he was allegedly in a relationship with Ellen Daejeon since 2018 and broke up one year later.

Also, Gray has past relationships with famous social media stars such as Baby Ariel, Olivia Ochigrossi.

Who are Blake Gray’s parents? Blake was born to his parents in Houston, Texas.

There’s no information about their profession though. Blake has an elder brother.

His brother’s name is Austin Howard Gray however, his profession is still unknown.

In interviews, Gray has always talked about his mother as his biggest supporter and his role model.

According to him, his elder brother Austin and mom Courtney have huge roles in his success.

What is the net worth of Blake Gray? Blake is a huge star on social media platforms and also an aspiring model.

Thanks to his huge fan following, he earns millions from social media and his modeling gigs.

A majority of his income is from YouTube videos, TikTok and Instagram advertisements, brand endorsements, and modeling.

Likewise, he has his own merch line of hoodies ShopBlakeGray.

As of 2022, the estimated net worth of Blake Gray is approximately $2 million.

Let’s know some of the unknown facts about Blake Gray.

Where is Blake Gray from?

Blake Gray is from a very small town in Texas named Cypress.

No, Loren and Blake are not related to each other. However, they are both famous social media personalities.

Is Blake Gray in the Sway House?

Yes, he is a member of the Sway House, a group a social group formed by TalentX Entertainment.

Check out the recent video of Blake Gray from his YouTube Channel down below: